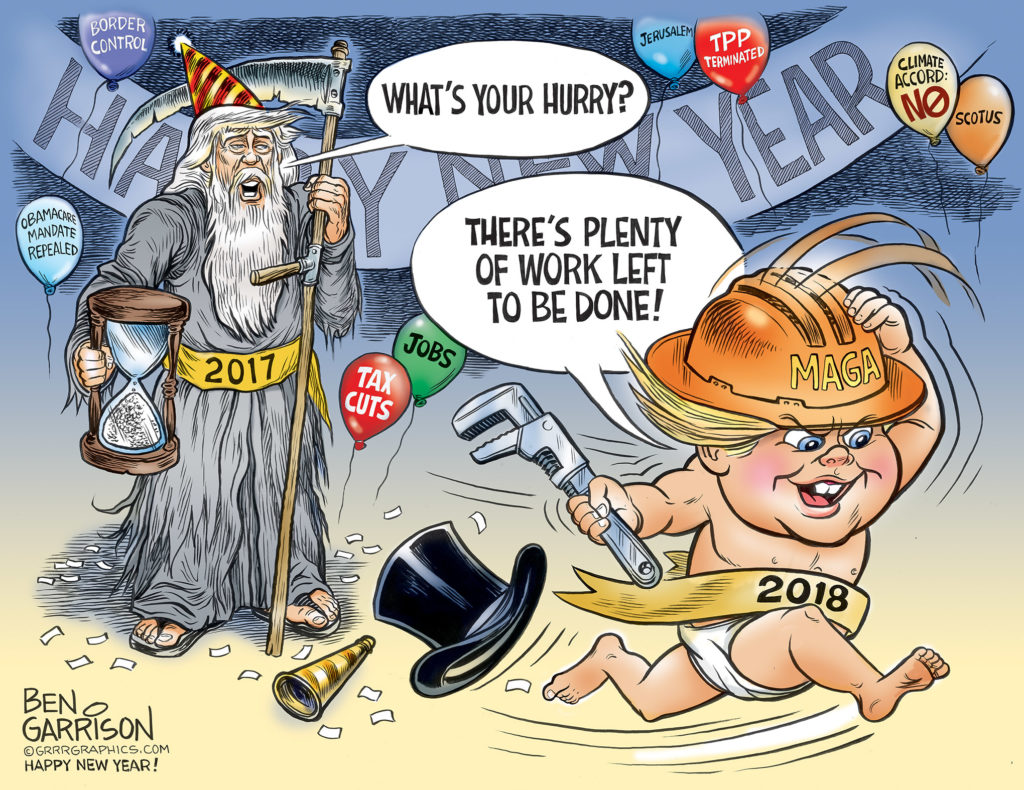 President Trump accomplished a lot during his first year. He almost immediately ended the Trans Pacific Partnership, which was a bad deal for American workers, because their jobs were being sent overseas. He refused to go along with the Paris ‘climate change’ accord, which punished America in particular. Climate change is science purchased by globalists, who want to use fear to gain further control of our economy. Trump broke their spell. He’s for America first.

Under Trump, we now have a conservative justice added to the Supreme Court, with more appointees to come. Unemployment has been lowered along with illegal immigration—unvetted or otherwise. Trump is the only president who has had the nerve to actually transfer the US Embassy to Jerusalem.

Taxes have been lowered and the Obamacare mandate has been repealed. In fact, many of Obama’s so-called ‘accomplishments’ have been negated, which is no doubt very irksome to the former president and chief narcissist.

Previous presidents preferred to kick the can down the road when it came to North Korea, but Trump has signaled that he’s had enough. The little round tyrant in North Korea thought he can threaten us with nuclear annihilation and launch missiles over Japan without consequence. After all, previous presidents were always played for saps. They gave the hermit nation concessions every time the dear leaders rattled their sabers. Bill Clinton, with the help of Jimmy Carter, gave the Stalinist country nuclear reactors and billions of dollars in aid. The dictator hugging Carter received the Nobel Peace Prize for his effort, while the North Koreans went ahead with their nuclear weapons program without skipping a beat.

Regulations have been pared back and business are bringing jobs back to America. Work has been done to thwart Islamic terrorists. Obama’s Muslim prayer rugs have been removed.

Naturally, to those possessed with ‘Trump Derangement Syndrome,’ all of his accomplishments are the acme of evil. This is to be expected. The left’s precious socialism and political correctness are finally getting the pushback they’ve long deserved, thanks to President Trump.

There remains much work to be done. Our infrastructure needs rebuilding. The wall needs to be built. The Deep State Swamp needs a lot more draining. Hillary still needs to be locked up. President Trump remains the best man for the job.