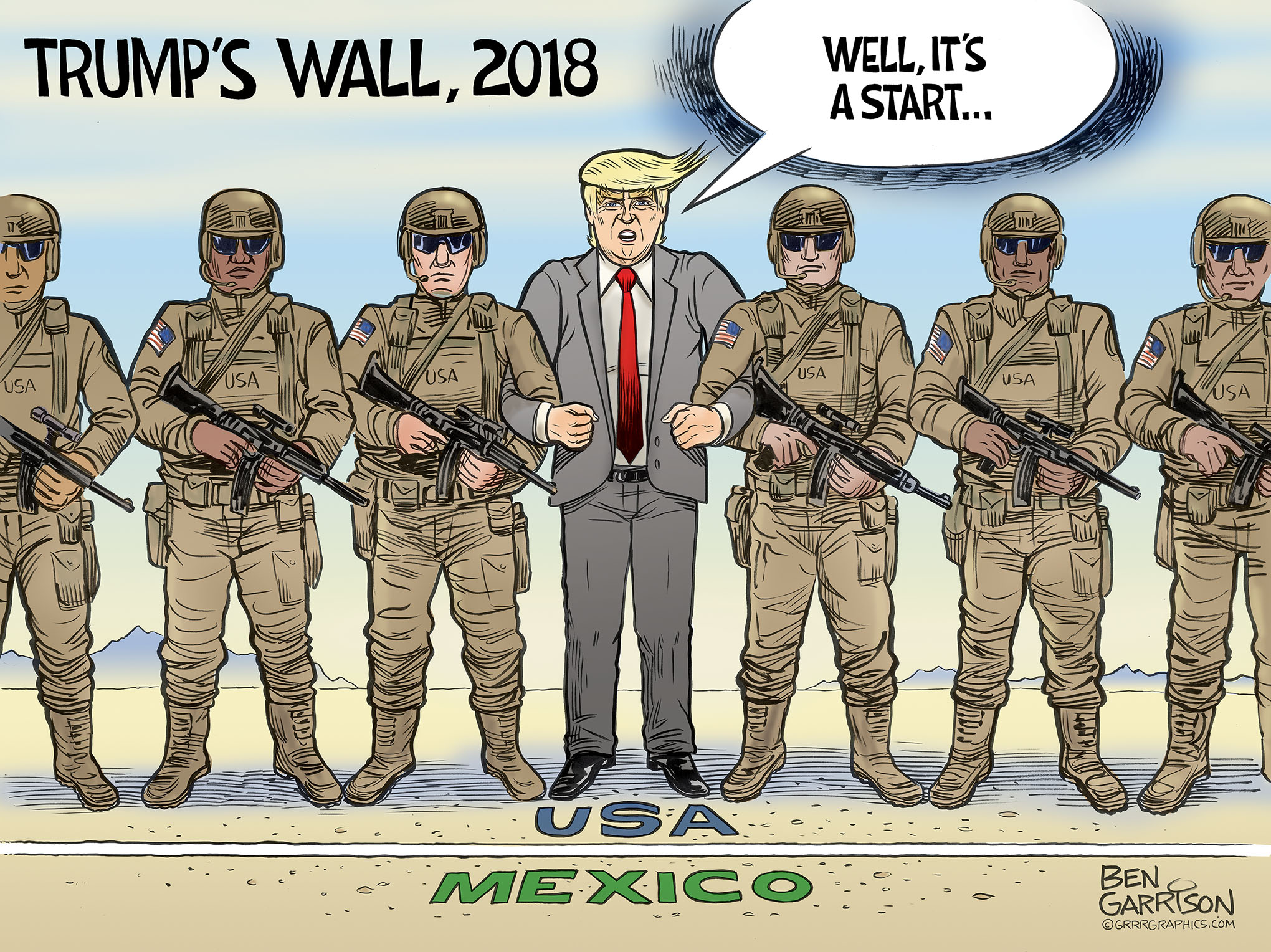 President Donald Trump promised Tuesday to keep a flood of migrants from the southern border by sending in more military forces.

“We will build a Human Wall if necessary,” Trump wrote. “If we had a real Wall, this would be a non-event!”

The Pentagon announced Sunday that they are sending 3,750 troops to help secure the border as additional caravans of migrants from Central American countries are making their way to the border.

One caravan of mostly migrants from Honduras has already swelled to over 12,000 migrants.

Original post below from April 5th, 218This news may have helped Mexico take action and halt a caravan of thousands marching north toward America to claim free stuff. Sure, there are probably good people in the band of ‘migrants’ and ‘refugees,’ but entering our country illegally would still make each and every one of them criminals.

Of all the president’s promises, building a wall across our southern border became his cornerstone. Some progress has been made, and he’s willing to keep pushing Congress to take some sort of action. Certainly the left will do nothing. Pelosi and Schumer want millions more to come in and vote for Democrats. They will vote for free stuff and support leftist agendas such as gun control. Many rich Republicans want the continued influx of cheap, if illegal labor. They have a short term, greed-based view.

We’re not a country if we have no borders.

A constant and vast influx of illegals will have their own language and culture and they see no reason to assimilate. The left proclaims learning English to be a racist notion. There’s no penalty and plenty of free stuff. They come here as scofflaws—the border is a joke. They easily get driver licenses from sanctuary cities and states. They drive without insurance. They steal social security numbers and identities of Americans. Any illegals who get apprehended are soon freed. Illegal alien criminals don’t show up for their mandatory court appearances. Free medical care, welfare, and education continue to attract illegals. They vote illegally for Democrats. They loudly demand amnesty. Reagan granted amnesty to millions of illegal aliens. The result is we got many millions more. Sanctuary cities and states protect them while real citizens (the patsy taxpayers) have to follow the law while picking up the tab for the lawless.

It’s time to get going on that wall.