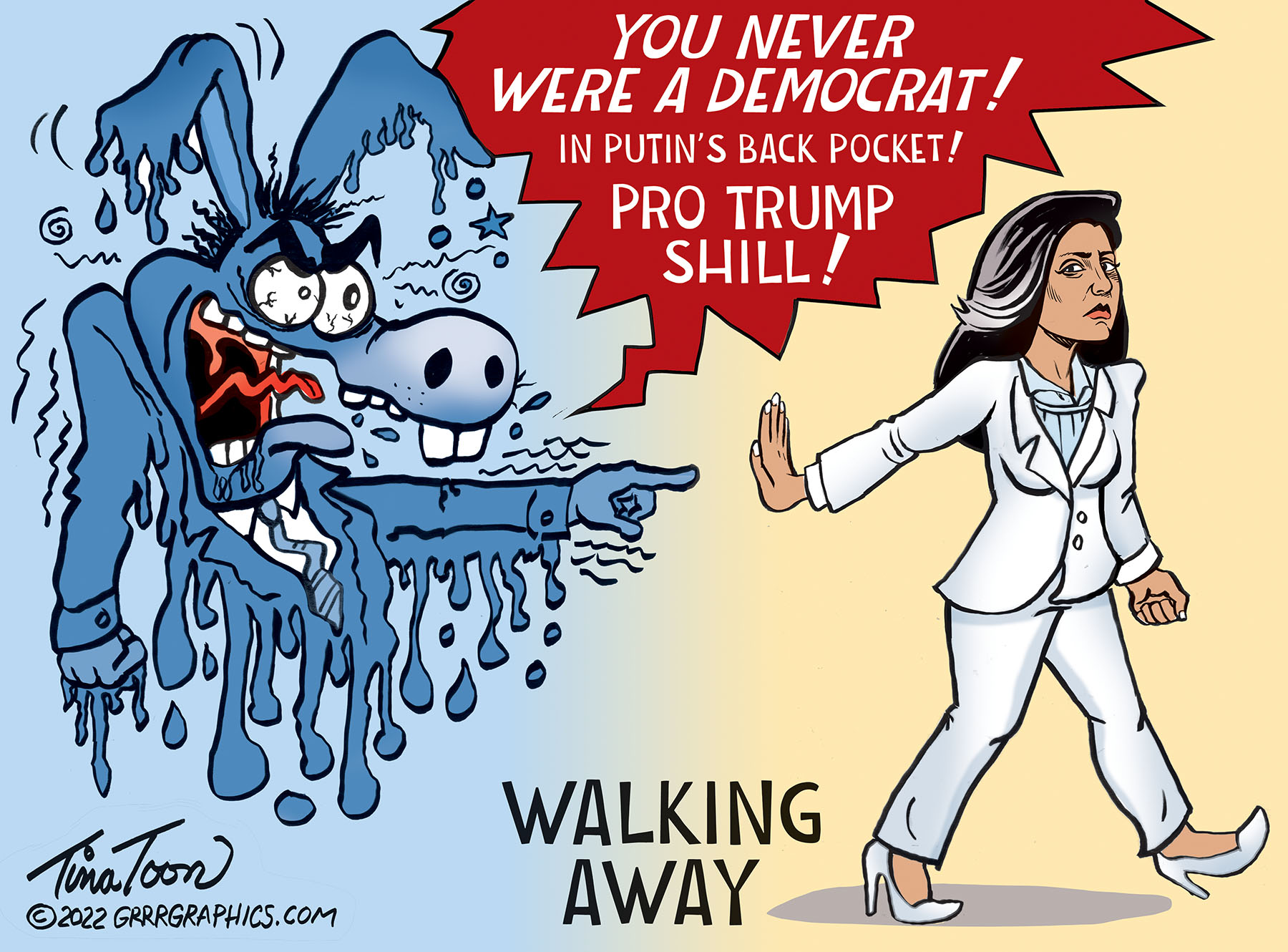 Former Congresswoman Tulsi Gabbard has walked away from the Democrat Party.

“I can no longer remain in today’s Democratic Party that is now under the complete control of an elitist cabal of warmongers driven by cowardly woke-ness, who divide us by racializing every issue while stoking anti-white racism, actively working to undermine our God-given freedoms, and are hostile to people of faith & spirituality,” she said.

She went on to say the Democrats “demonize the police & protect criminals at the expense of law-abiding Americans, believe in open borders, weaponize the national security state to go after political opponents, and above all, dragging us ever closer to nuclear war.”

The Democrats have chosen not to address those issues that caused Gabbard’s legitimate beef against the Democrats. Instead, they had a melt down and attacked Tulsi with Hillary’s lie that she’s a Putin operative. They said Hillary was right after all, even though Hillary has already been caught in the same huge lie when she said Trump was working for Putin.

Some Democrats have claimed she was never a Democrat from the get go. That too is a huge lie. Gabbard has a progressive voting record in Congress. She was also a member of the CFR as well a member of Klaus Schwab’s WEF young leaders organization. Tulsi supported Biden for president…not Trump. Still, the Democrats have swung toward a far, far, socialist green place that’s imbued with destructive insanity. Americans who refuse to go along are smeared as racist bigots. Now they are even called terrorists.

Tulsi is a military veteran who served duty in Iraq. Calling her a traitor to her country is a terrible lie and insult. In a way, the Democrat Party left Tulsi, not vice versa. The Democrats have now left many fair-minded people in their party. Those people value traditional Democrat concepts such as peace, free speech, and civil rights. Those left in the party have become insane cult members. Don’t believe me? Read some of their tweets: