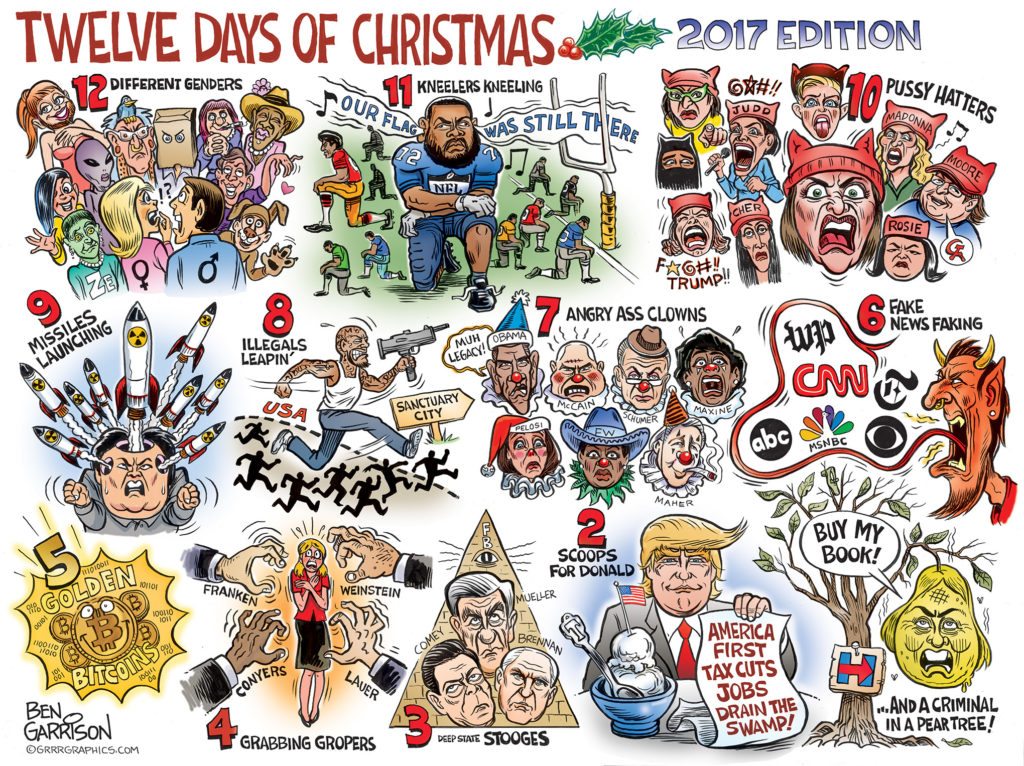 ‘Twas the night before Christmas, and in the White House
Trump’s words were stirring; Obama felt like a mouse.

A populist president with a broom that swept clean,
Trump accomplished much in 2017.

Yet out past the lawn there arose such a clatter,
Pussy Hatters were yelling along with Black Lives Matter.

The Deep State pushed back—the Swamp became bitter,
They always get triggered when Trump is on Twitter.

Rich kneelers were kneeling and sitting on hands,
Stadiums were emptied, they angered their fans.

Respect, fame and fortune many women were hoping,
Instead they were molested–the gropers were groping!

Crooked Hillary lied about Trump’s Russian collusion,
The evidence showed it was just an illusion.

The Ass Clowns were angry and showing no poise,
They were loud and obnoxious–empty barrels of noise.

Trump’s eyes twinkled with MAGA delight. He yelled,
“MERRY CHRISTMAS TO ALL, AND TO ALL A GOOD NIGHT!”