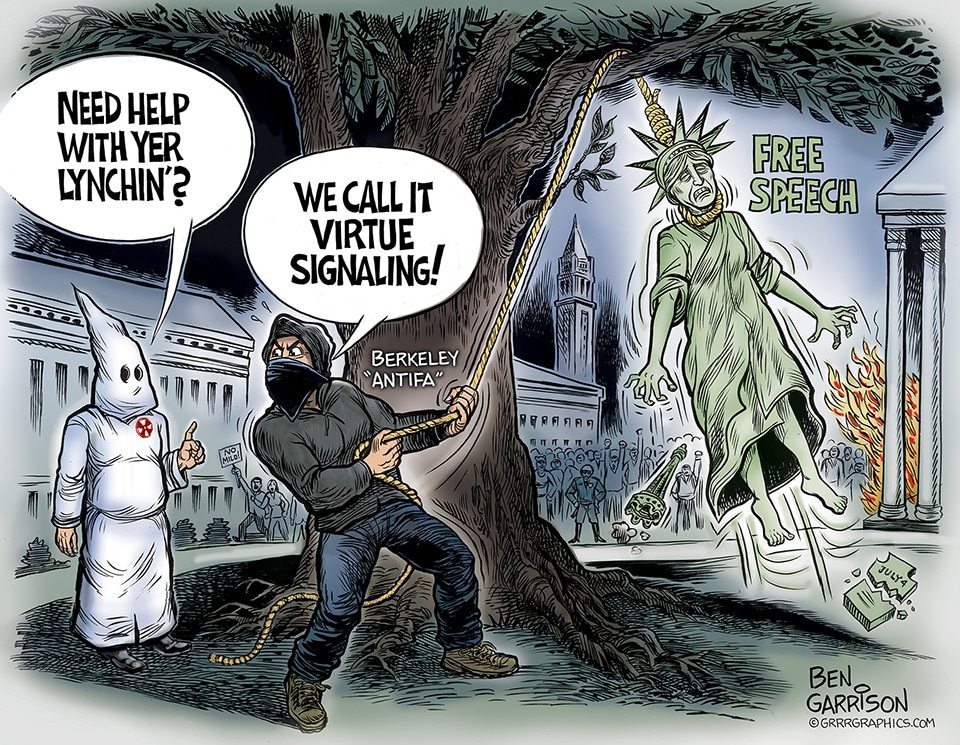 Students at Berkeley protested in the 1960s to help bring about freedom of political speech and activities at their university. They forced the administration to acknowledge that such speech should not end on campus. Nowadays, students at Berkeley want to end free speech.

They chased Milo Yiannopoulos off campus and then physically attacked those with whom they disagree. The students turned classical liberalism into the very fascism that they claim to despise.

Chairman Mao once brought about a ‘Cultural Revolution’ that was designed to drive out so called ‘revisionists’ and generally instill fear into the populace. Why? Because he could and he enjoyed power. He encouraged China’s young people to harass professors and officials. Many older people suffered beatings, public humiliation and harassment by Mao’s young fanatics. This helped suppress any dissent—which was always something Mao enjoyed nipping in the bud. We’re now seeing a variation of this on many of today’s college campuses. Students are indoctrinated into a mindset that places feelings above logic and reason. They attack their enemies through violence—not debate. You cannot reason with a fist in the face. The ‘antifa’ students are funded by the billionaire sadist George Soros, who loves power and tyranny just as much as Mao did. Like Mao, he also wants to live forever.

Today, if you are conservative in many of America’s big cities, you had better keep your mouth shut. Wearing a pro-Trump hat invites a violent response from leftist thugs. Politicians on the left such as Tim Kaine are egging it on. The legacy media are also complicit.

The global elite could not install Hillary, so they are dancing a tantrum. As a result, Trump is threatened with assassination and his supporters are being physically assaulted. We have also seen Richard Spencer get sucker punched. Whether or not you agree with him is beside the point. Spencer does not advocate violence and his free speech should be protected like anyone else’s.< It’s time to stop the violence and start listening to each other. Instead of telling the police to ‘stand down’ in the face of reckless hate and violence from the left, the rule of law should be enforced. The First Amendment should be defended. —Ben Garrison