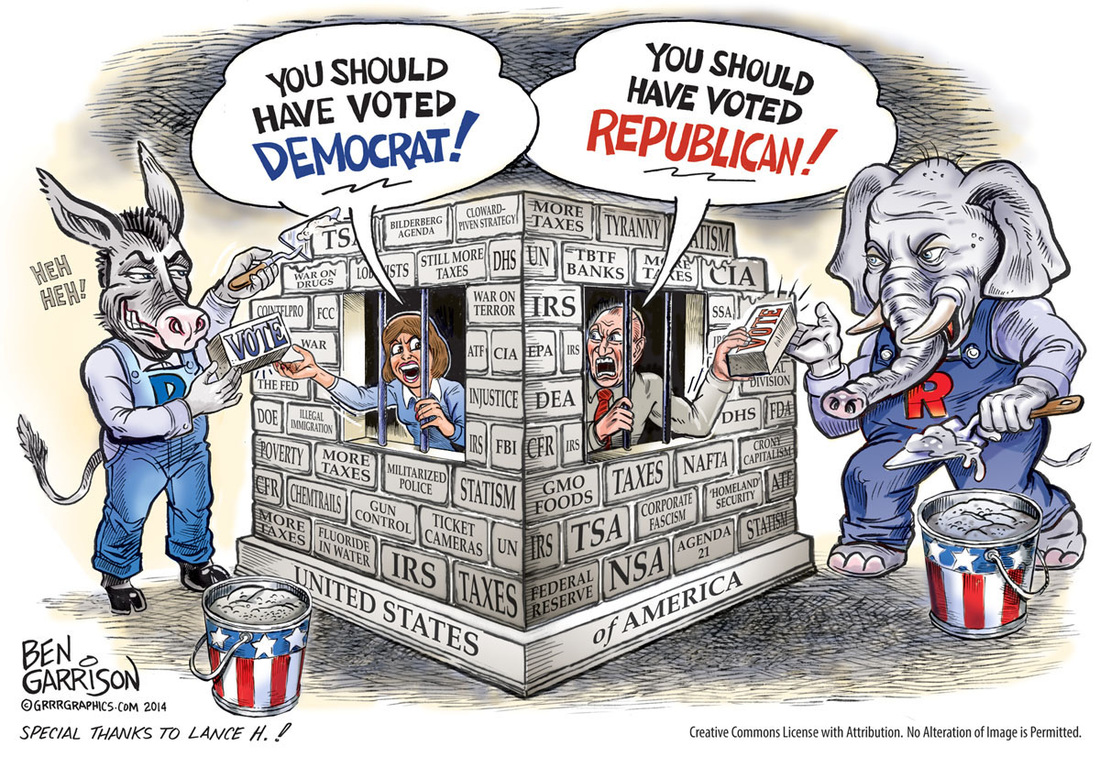 Does the two-party system work?

This country needs alternatives to Republicans and Democrats. However, both parties use their power and dirty tricks to make sure viable third party candidates have no chance. For example, the Republicans, aka, ‘neo-cons’ stole many of the primaries from Ron Paul. Voting machines and polls are rigged. Voting irregularities abound. Petitions for alternative candidates are tossed out by corrupt judges. The mainstream media continue to brainwash the public and keep them debating blue vs. red, left vs. right, Tweedle D vs Tweedle R, while both parties become more corrupt and compromised.
My uncle’s thought on our current two-party system:

“I’ve often used the milking stool to make my point. We have been balancing this nation on a two legged support….one leg the Democrats and the other the GOP. No sensible farmer would park his butt on a two legged milking stool. A THIRD LEG is needed for balance. Yes, I’ve heard all the old arguments against three party systems. But I point to the present malaise and ask “Does the two party system work?”

Well it works out fine for the 1/10th of 1 percent. They continually get fabulously richer and more powerful. They contribute to and control both the Republicans and Democrats. It’s a win-win situation for them. Globalist policies are carried out regardless. Our republic gets destroyed incrementally. The middle class is going away. So are our liberties.
Votes for Republicans and Democrats get converted into statism. Eventually, citizens find themselves in a prison constructed from their own votes. It’s time for a third party. A party that supports smaller government and the constitution. A party that is against world empire and endless wars–including the ridiculous war on drugs. The Libertarian Party can become that third leg in the stool.