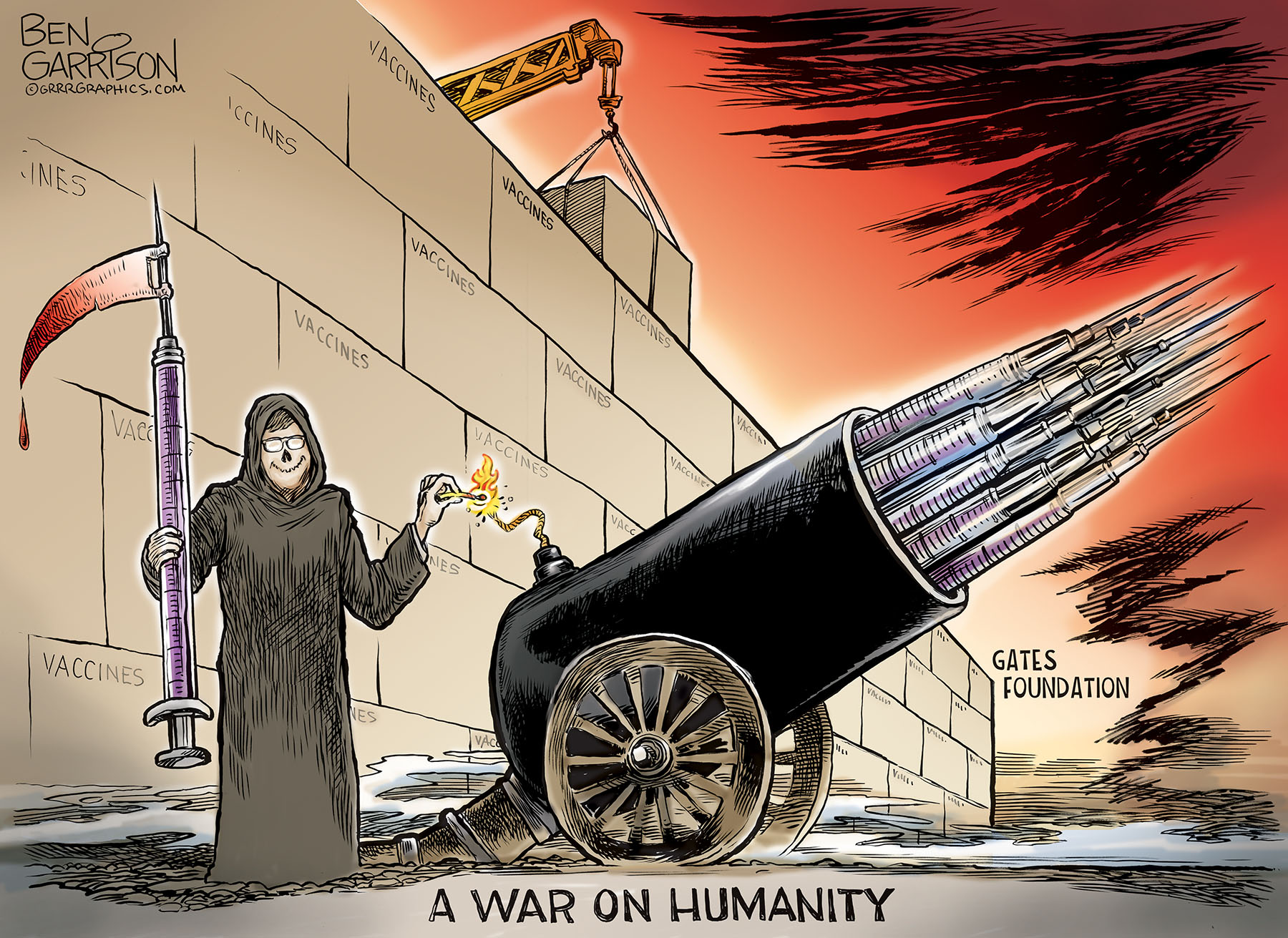 Was It the epstein Island thing, or the whole grim reaper vibe that split Bill and Melinda?

Bill and Melinda Gates are getting divorced. Many jokes immediately ensued—you’ve probably read them. I could have drawn a cartoon joke—say, an angry Melinda walking in on Bill who is in bed with the Devil—his true love.

However, The Bill and Melinda Gates Foundation is not funny. Thousands of people dropping dead from experimental vaccines is not funny. So I penned a more serious image.

Bill comes from a genocidal-minded family. His father headed Planned Parenthood. They had ties to the Rockefelllers and other members of the illuminati. Bill is carrying out a generational dream of reducing humanity through the application of vaccines. Melinda presumably remains onboard with this goal until we hear otherwise.

It IS odd that the divorce was announced at this time. If their marriage has been festering for a long time, why not divorce earlier? Even if they hate each other, wouldn’t they stay together for the sake of their Foundational goals? The Clintons have long drifted apart, yet they remain married for the sake of appearance.

•  Did Melinda find out what Bill was up to with his friend Jeffrey Epstein? Has Bill Gates been compromised by Ghislaine Maxwell’s evidence?

• Does Melinda fear a backlash to the deadly vaccines her husband continues to push? There could be another Nuremberg style trial to convict the vaccine-pushing Illuminati criminals. She would be as guilty as her husband.

• Could it be a clash of egos when it came to Foundation decisions? Maybe Bill wants to kill off more of humanity than she does.

• Could there be upcoming legal problems with the Gates Foundation? These foundations are set up to make the rich and powerful more rich and powerful. Look at the Clinton Foundation and how rich the Clintons are now. (Remember, Hillary said they were broke upon leaving the White House). These foundations are crooked as doglegs, and are used to further nefarious goals. It’s the same way with the Bill & Melinda Gates Foundation. They pretend to be philanthropists, but in actuality the money the Foundation donates goes to companies that has Gates as a stakeholder. Maybe Melinda fears an upcoming investigation.

• Is the divorce a sideshow to distract from another virus release or their continued eugenics activities? Remember, they both smiled when Bill said there would be another, more virulent virus.

This could get interesting, but let’s not lose focus on what they both want—a global tracking ID system as well as population reduction—both by means of vaccinations.

Oh, by the way….Melinda Gates really does look like Kevin Kline.

ORDER THE AMERICA FIRST BUNDLE – 4 BOOKS IN ONE BIG CARTOON BUNDLE. A GREAT WAY TO START YOUR CARTOON COLLECTION!