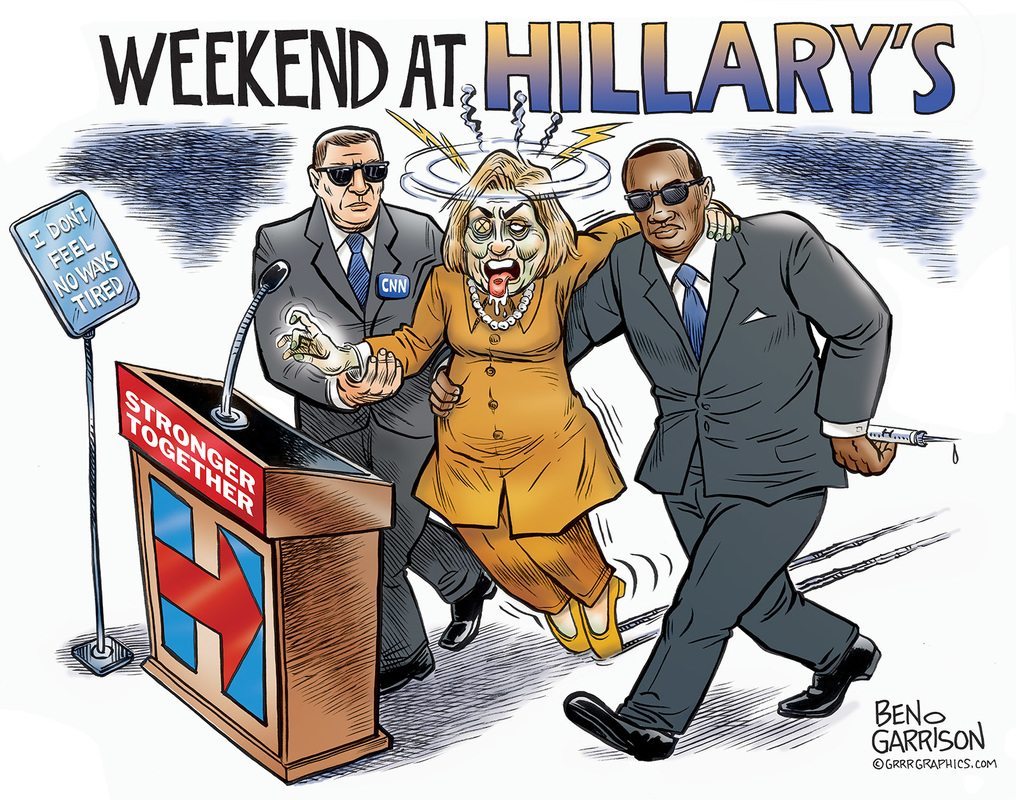 This cartoon was based on the classic movie, “Weekend at Bernie’s.” Two young men tried to keep their dead boss, Bernie, looking alive for various reasons. The mainstream media and the rigged DNC are doing the same for Hillary. Without them, her presidential run would have expired and, ironically, ‘Bernie’ Sanders would be the nominee.

Hillary doesn’t have good footing lately. She also doesn’t have good standing with many voters, either. She’s corrupt to the core and has tried to cover up endless scandals. She’s above the law, but not above ill-health, however. She’s having more and more trouble covering that up. The coughing fits. The facial ticks. The hideous cackling for no reason. Her weird hole in her tongue. Her seizures. Her forgetfulness. She claims Trump is her husband. She said she wants to tax the middle class. She once said, ‘It takes a village.’ Yes it does, Hillary. It takes a village to help you up the stairs.

Sure, some are willing to overlook Hillary’s crimes and incompetency. They claim be ‘with her,’ but she’s looking withered.

Hillary is incompetent morally. She was a disaster as Secretary of State. She’s incompetent physically. She’s a brain-damaged danger who must be kept out of the White House and her shaking fingers away from the nuclear button.
​
Ben Garrison