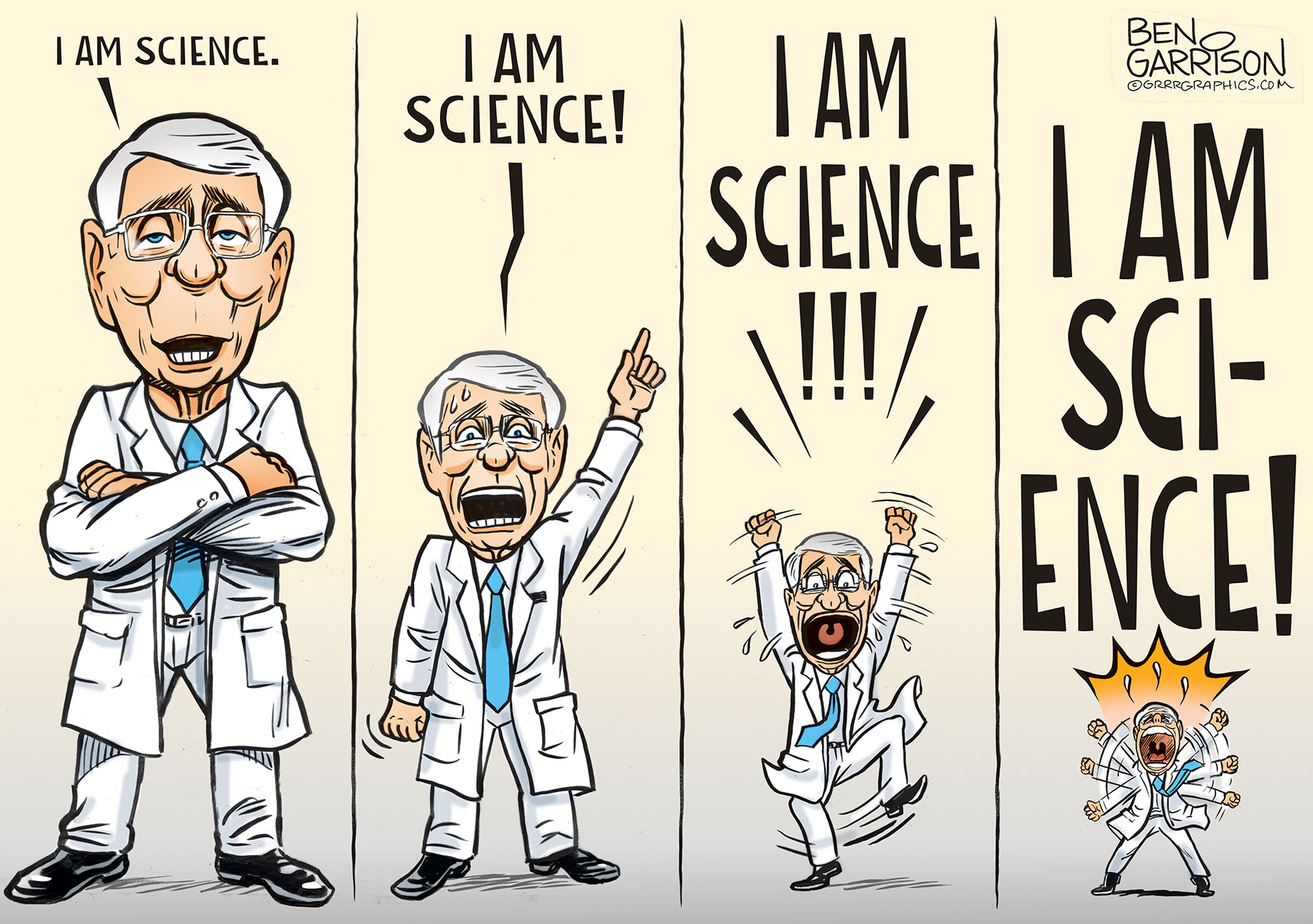 He blinded me with “Science”

The Little Doctor doth protest too much

Fauci is a small man and he has made himself even smaller by claiming to be the ultimate and exclusive voice of science.

He may be diminutive in stature, but his ego is gigantic. He’s a medical psychopath who has now turned overtly political. He mocked Senators Paul and Cruz over the so-called “insurrection” on January 6th. He should be in prison for perjury, but the globalist ruling class supports the Marxist Democrats, including Fauci.

Real doctors take an oath to do no harm.

Fauci is not a real doctor and I won’t call him one. He’s the highest-paid government bureaucrat and he has contributed to the murder of millions of humans. He also financed the torture of innocent beagles.

Like his master, Bill Gates, he has profited handsomely from the so-called pandemic. Fauci is a front man for Big Pharma and the New World Order. He’s their spokesman for medical tyranny and he promotes their agenda. Fauci’s masters want to control humanity and that includes controlling science.

Senator Rand Paul has been Fauci’s harshest critic and he has repeatedly asked him to resign. There is a lot of justified anger from Republicans directed toward Mini Mengele, but no one is doing a thing to prosecute Fauci–not even Rand Paul. Fauci seems to know he’s immune from any legal consequences, which explains why he feels free to lie at will. If his actions are challenged, he hurls vitriol and contempt toward his accusers. Senator Ted Cruz summed it up best when he tweeted:

“Fauci is an unelected technocrat who has distorted science and facts in order to exercise authoritarian control over millions of Americans.”

Fauci helped create the virus by financing ‘gain of function.’ He and Bill Gates collaborated with the communist Chinese to release the virus in order to create fear, which they are now leveraging to control most of humanity. It was all planned out in advance.

Fauci is a proven liar who’s scientific stature continues to shrink. He’s the voice of murder, not science.

WANT TO SEE MORE CARTOONS? SEND BEN AND TINA A “COFFEE” SO THEY CAN DRAW EVEN FASTER!!  A FUN WAY TO DONATE AT KOFI.COM CLICK TO SEND A HOT CUP OF COFFEE TODAY!