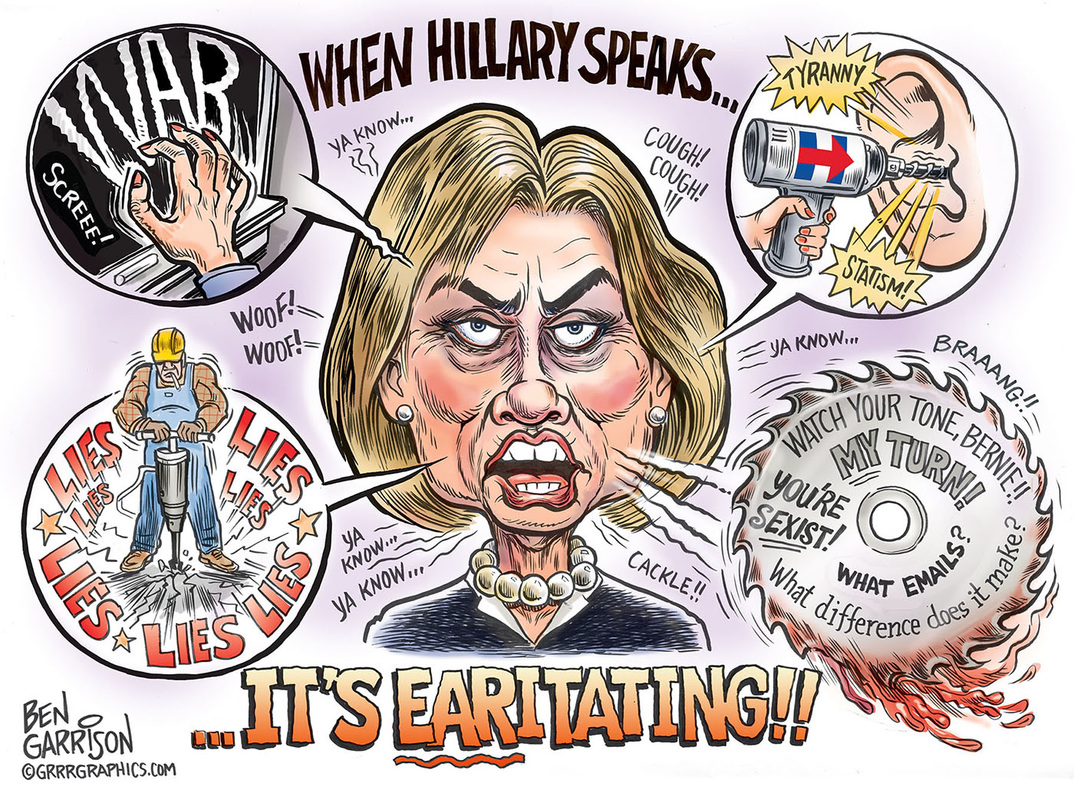 I know, I know. I’ll be called ‘sexist’ because I don’t like the sound of HIliary’s voice. Each time I hear it, I cringe. Maybe it’s because I’ve been conditioned by what she says. She drills home the usual statist platitudes, lies and triangulations designed to get herself elected. Power and money. That’s what she wants. She will flip and flop and say anything to get it.

I’m not a believer in physiognomy, but in her case…well, just look at her. Those cold, calculating eyes. Her voice is as pleasant as a cheese grater raked across ear. She must have a lot of contempt for the American people. She’s and her husband are criminal grifters who always get away with it. They are above the law.
Hillary is as obvious as a buzz saw. A bloody one. I keep hearing the anti-Trump crowd say he’s ‘dangerous,’ when in reality Hillary is the dangerous one. She lies and people die while her banker cronies get what they want. Her Clinton Foundation is a money-laundering cesspit of graft. She doesn’t sound presidential to me when she speaks. She sounds like a criminal.

No more Bushes. No more Clintons. If Hillary is elected, my mute button will get quite a workout.