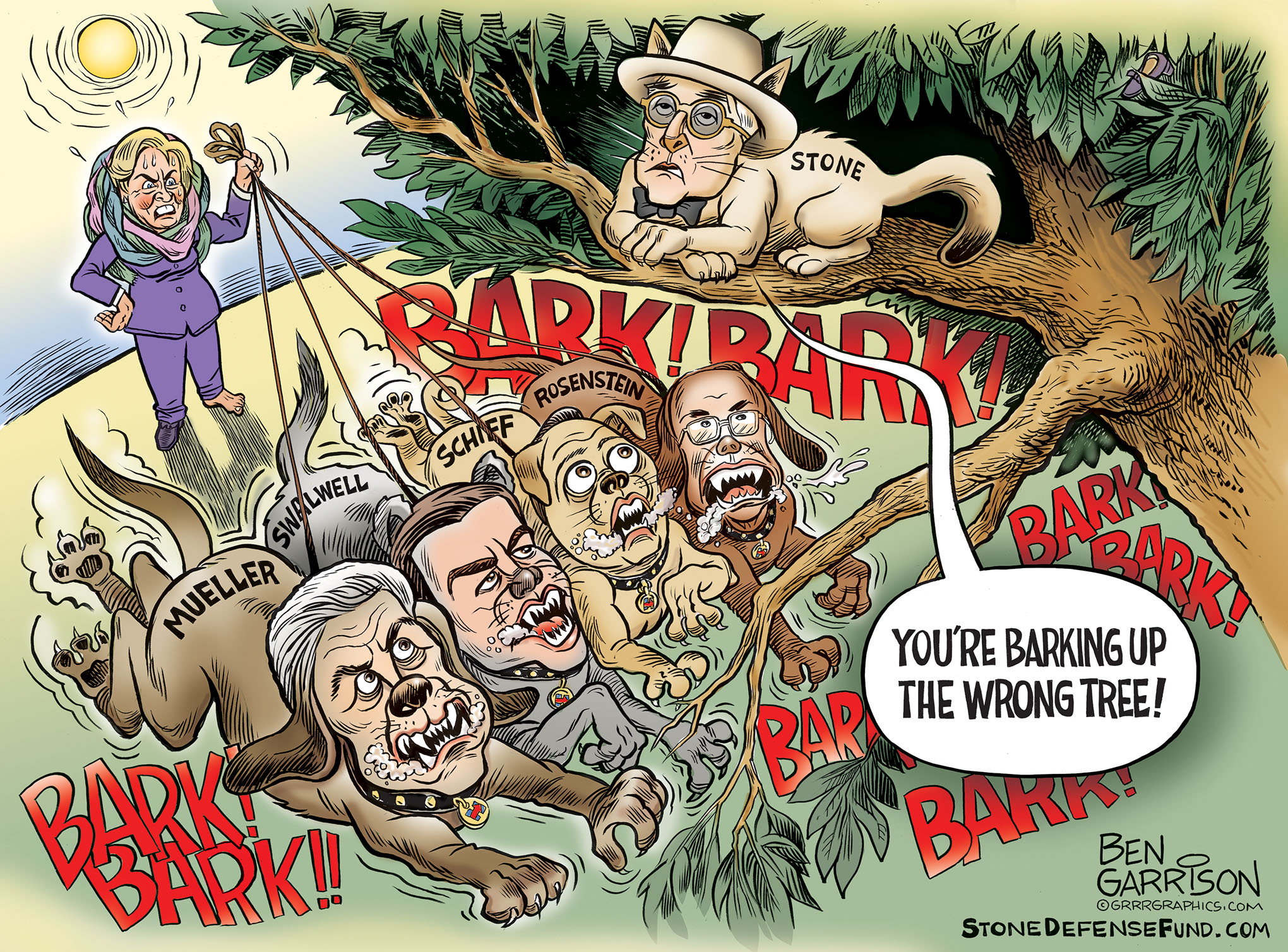 Roger Stone continues to endure intense scrutiny from the Democrats’ probing eye of Sauron, but they’ll find nothing.

I predict Mr. Stone will hold up under the intense grilling very well, because he’s a seasoned political veteran. However, it costs many hundreds of thousands of dollars in legal costs to fight the Deep State’s accusations. That’s by design. Hillary and her crew want to financially damage her adversaries.

I’ve met Roger Stone in person and I found him to be very gracious and extremely well spoken. He knows everything there is to know about the game of politics, and his attackers will not prevail—especially if you can help throw a few bucks his way. Mr. Stone deserves some backing because he has President Trump’s back.

Who Let the dogs out! Original Cartoon Available