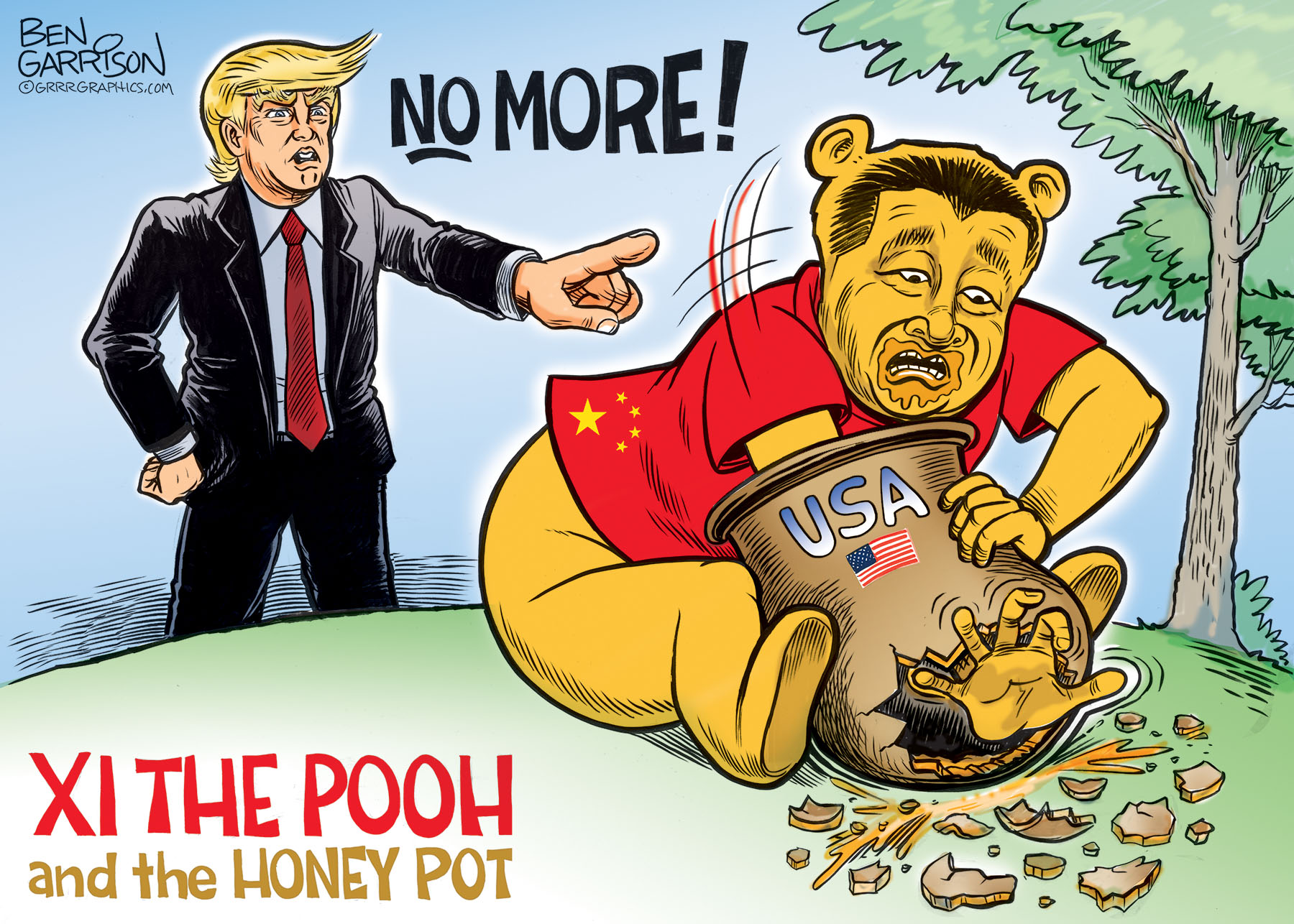 The U.S. has been in a cold war with China for a while now—even though previous American presidents may not have realized it.

China has taken advantage of that. In fact, they have taken every advantage to advance their power while undermining the U.S. They steal our technology, bend trade deals to their favor, manipulate currency, and threaten us militarily. They are used to having the U.S. being their honey pot and they’ve indulged themselves for far too long. Until President Trump came along. Finally, someone is standing up to China—and it’s not just Hong Kong.

Join Ben at Patreon- support Cartoons with a monthly donation!

Why is Xi portrayed as Winnie The Pooh in my cartoon? Because dissidents in China were using the rotund cartoon bear as a symbol of Xi. He was promptly banned in China to prevent further mocking. Xi wants his own Mao-like cult of personality. He wants to be worshipped. The fat little bear interferes with that. Therefore, Xi must be associated with Winnie at every turn.

Tyrants must be mocked. 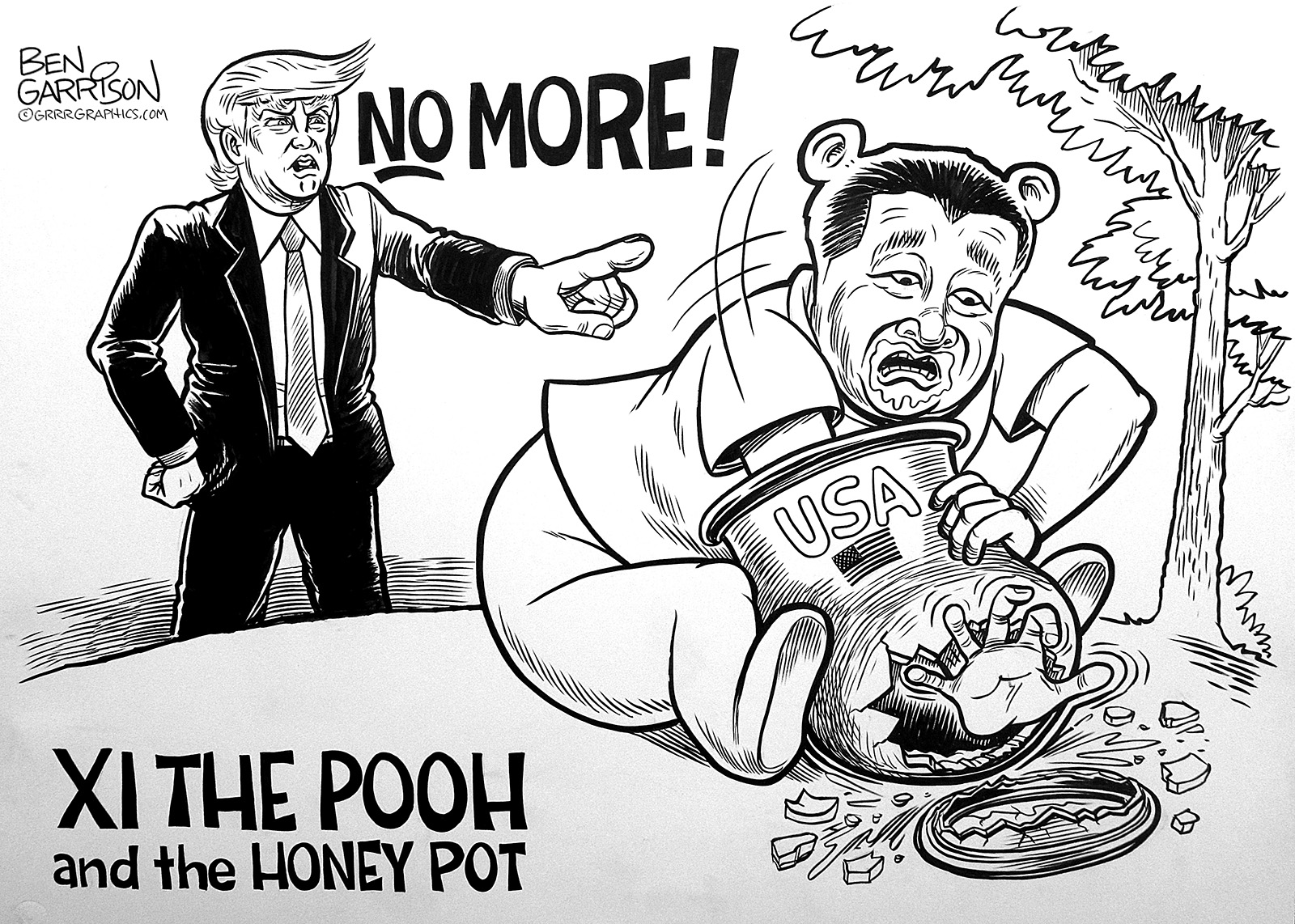