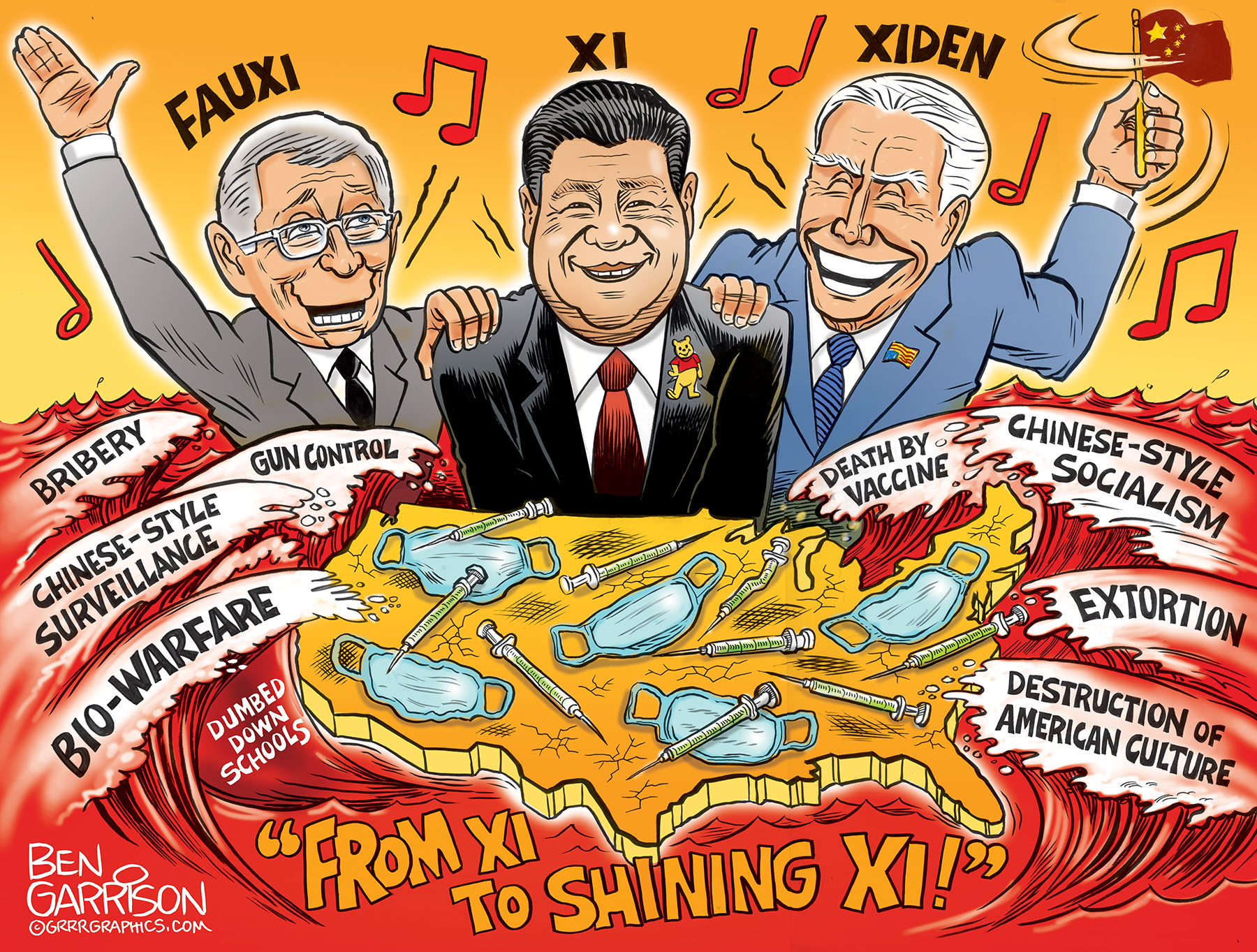 China sits back and laughs

Joe Biden may talk tough when it comes to China. He says he won’t lift President Trump’s tariffs. He probably would if he could, but there is too much bipartisan support for them amid a widening trade deficit in China’s favor. Joe will cave sooner or later and the Chinese will give nothing in return. After all, the ChiComs have goods on Biden. China no doubt extorts many US politicians. Maybe China will send bigger bribes to Joe’s son Hunter, who routinely kicks up 10 percent of the graft to the ‘big guy’ — his dad.

Join us on SubscribeStar, an alternative to Patreon for supporting your favorite “star” Click to view!Joe has already helped out President Xi when it comes to Covid-19. He mandated that no government employee can call it the ‘China virus’ or the ‘WuFlu.’ Instead of pressuring China to explain how their biological weapons lab in Wuhan released the virus in the first place.

The Cheater in Chief helps China cover up the origin of the virus. China Joe would rather concentrate on mass vaccination and slave mask wearing in America. Doctor Fauci sent millions of American taxpayer dollars to the Wuhan lab. Fauci loves China for the waves of diseases they’ve caused. It keeps the money rolling in for Fauci while giving him the spotlight he craves.Meanwhile:

Biden wants to shut down the Fourth of July.

Joe wants our guns and our free speech turned over to a leviathan government whom he considers to be ‘We The People.’

Biden wants a vaccine passport and a weakened military that caters to mentally ill transexuals.

The Fraud in Chief uses the security agencies to attack his enemies such as Rudy Giuliani.

Joe has let violent, Marxist protestors such as the BLM and Antifa off the hook while he persecutes Trump supporters and puts them on a no-fly list.

The virus from China meant more mail-in ballots and voting irregularity, which helped Joe’s party steal the election for him.

China Joe wants to divide and weaken America while provoking a pointless war with Russia.

President Xi has a smile on his face.