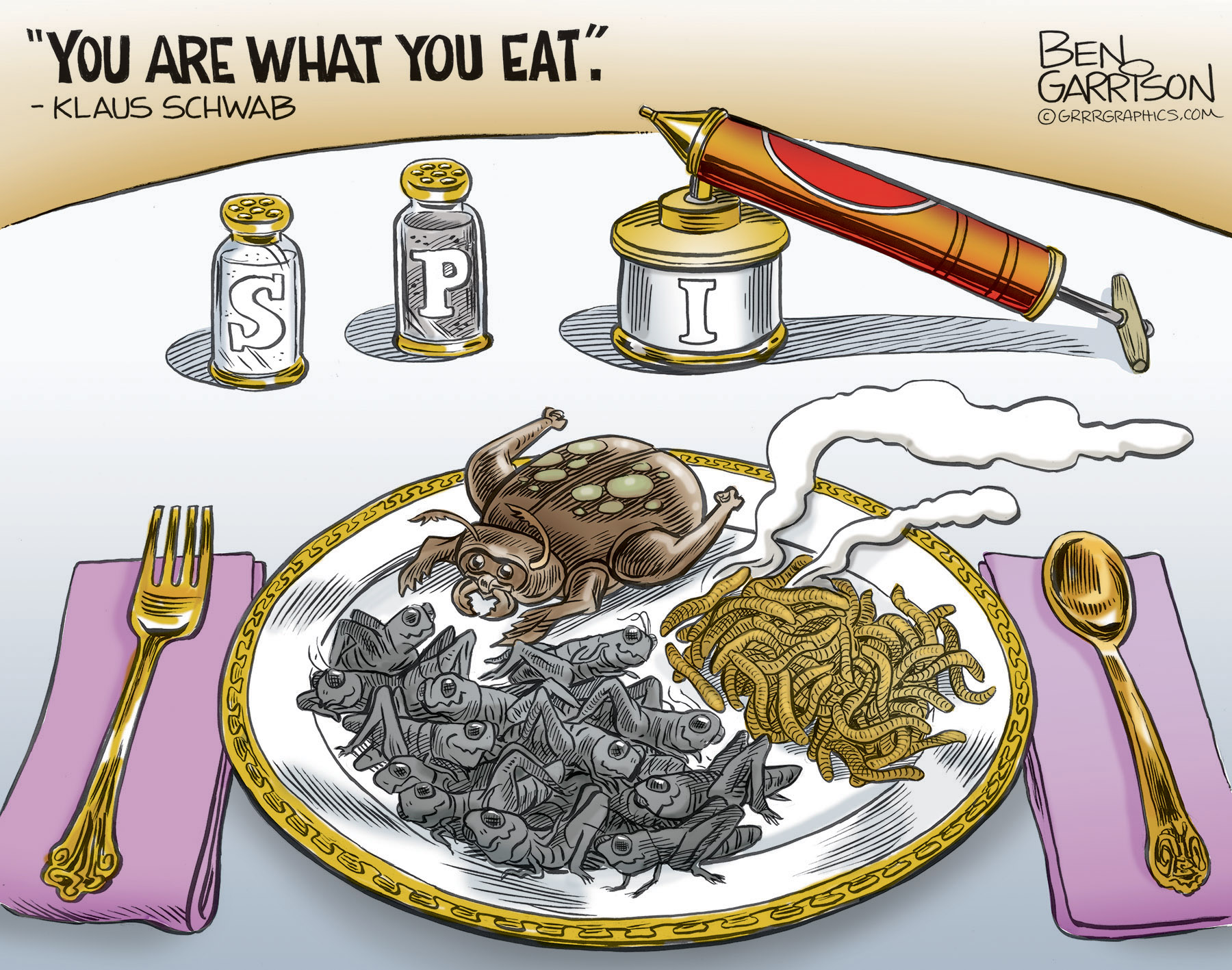 You Are What You Eat

OK, so maybe Klaus Schwab didn’t say this, but I suspect he considers most humans on ‘his’ planet to be insects.

To him, we are no better than a swarm of grasshoppers that are busy stripping resources from a planet that he and his cronies own. Schwab sees most of us as useless eaters. To him, we are all dung beetles who live in a dirt-daubing manner until we are stepped on by the so-called ‘elite’ at the top of the pyramid. It’s an elite that controls most of the land, the stock market, our politicians, the corporations, and most of the money.

They are control freaks who look down on us. They see us as disgusting maggots infesting their world. We must be exterminated. One thing is certain—we are bugging Schwab, so naturally the WEF leader would enjoy seeing us all forced to eat “ze bugs!” I am noticing more and more reports circulating on the Internet that show how the media and educators (owned by the so-called elite) have been busy extolling the virtues of eating insects. Meat from cattle is portrayed as something abhorrent, whereas eating crickets is an act that helps the planet.

They are trying to indoctrinate children in particular. They know it’s easier and more effective to convince young and malleable minds to accept bug consumption. Human beings are not insects. We should not consume insects. For one thing, the protein of an average steak contains a protein amount many times that of a commensurate weight of crickets. One would have to eat a lot of bugs to match the nutritional value of beef or chicken. Insects are not easily digestible and many of them contain parasites, yet they are being presented as tasty and healthy alternatives to meat. Will a fly swatter becoming as necessary as a knife and fork? What kind of wine pairs best with meal worms? When will they begin adding insect protein to food?

The answer to the latter question is…well, it’s already happening! Shoppers had better start checking the labels on their snack foods. You might think your chips are very tasty —the ‘bee’s knees’ — but you might be literally eating those knees without knowing it.

The evil that runs the world think both are perfectly acceptable. Keep aware of the pro-bug barrage of propaganda emanating from Schwab and his ilk.

Start speaking out to supermarket managers who stock the bugs. Refuse to allow your children to consume insects as part of their school lunches.

Bugs: They shouldn’t be what’s for dinner!