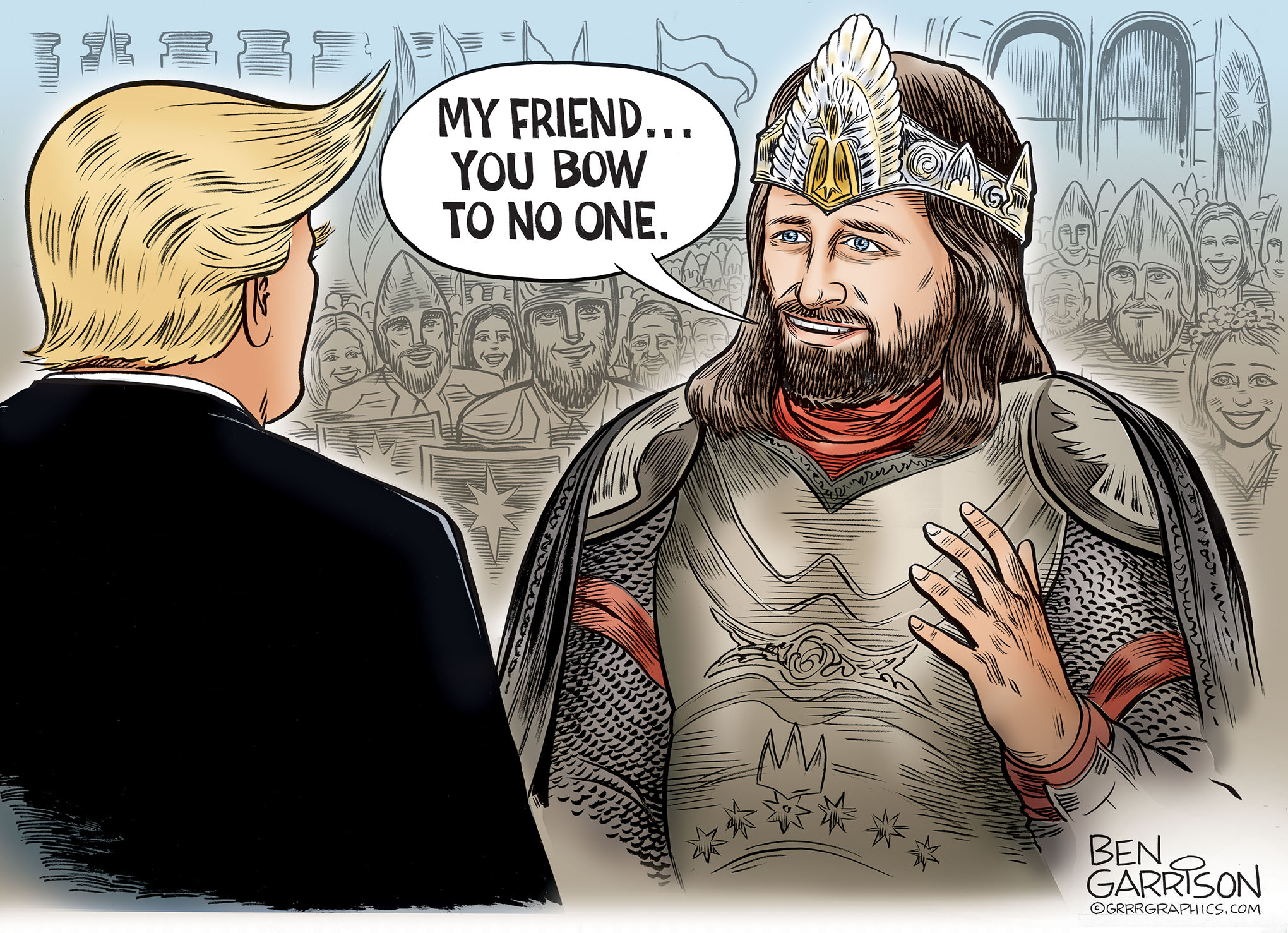 No one can forget the touching scene at the end of “The Lord of The Rings, The Return of The King.” It’s the scene where King Aragorn tells the hobbits, they need not bow to anyone. It’s one of my favorite films.

President Trump recently met the Queen of England and he did not bow down to her. He respectfully shook her hand. The Twitter outrage mob attacked the US President calling him vulgar and disrespectful. They are wrong.

Obama enjoyed humiliating America. That’s why he genuflected to anyone and everyone. That aside, American presidents should bow to NO ONE. Especially royalty.

We fought a revolutionary war to avoid doing it. 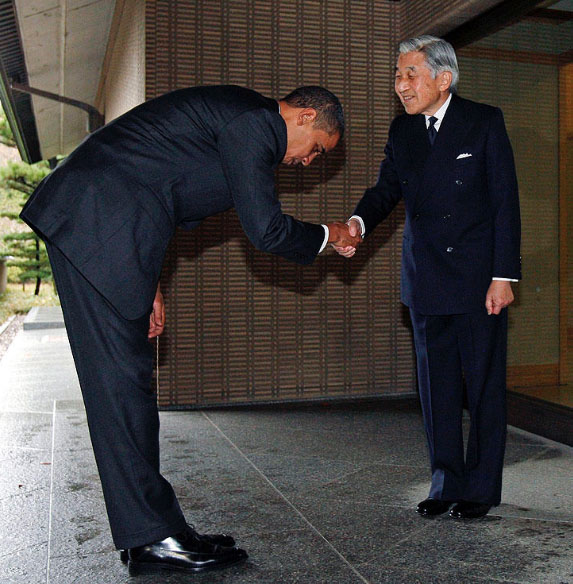 Unfortunately, too many Americans continue to pay homage to the toffee-nosed British royalty and remain transfixed by a so-called superior caste of human. Recently a royal wedding took place in England and they spent millions of dollars stripped from their ‘subjects’ to do it. Many Americans gushed. I refused to give it one second of my attention.

Aragorn earned his throne through leadership and his willingness to put his life on the line. He earned it by merit. Today’s ‘royal people’ have simply won the genetic lottery. They inherited their rings of power.

They are not superior to us—especially in the morality department.