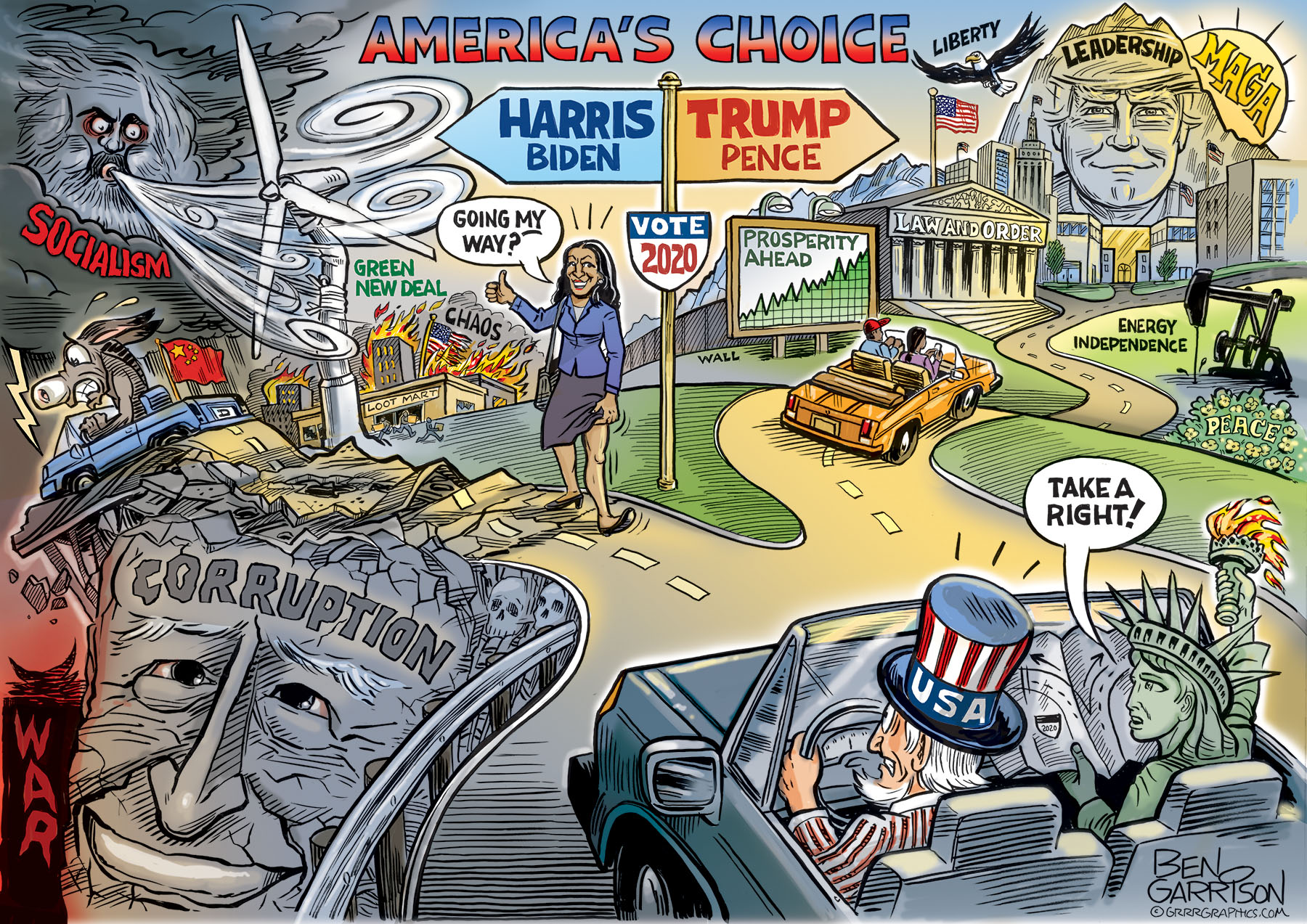 Remember this historic cartoon forever with a signed print of this cartoon! CLICK HERE To Order This Cartoon Print Now.

This year’s presidential election is even more important than the one in 2016. Hillary spouted empty platitudes while she tried to look ‘historic.’ This time the Democrats aren’t bothering to hide their agenda. They want mask wearing made permanent. They want economic shutdowns. They want to destroy our culture. They want open borders. They want higher taxes. They want socialism. They want a continuation of Deep State wars.

The hopelessly corrupt, compromised, and dementia-addled Joe Biden is figurehead. The real candidate for president is Kamala Harris. Her sponsor is Hillary Clinton. Hillary is the face of the Deep State globalism. If Kamala is elected, look for Hillary to control the White House. She’ll make sure the Swamp’s attempted coup and crimes are covered up. Their mainstream media propaganda arms will praise Kamala and Joe for being ’scandal free,’ just like they they continue to do for Obama. (Barack’s administration was chalk-full of scandals that went unreported by the mass media).

Biden’s election must not happen. Vote for ‘America first’ nationalism. Vote to help maintain what’s left of our liberties. Vote for economic prosperity. Vote to stop the endless wars. Vote for President Trump.

Trump needs to win by a landslide. Otherwise the Democrats will contest and drag out the counting, while simultaneously abusing and cheating the system. They have no shame. They have already brazenly censored conservatives to influence the election. They believe the ends justify the means. They’ll do anything to stop Trump from getting a second term.

When Trump wins in a landslide, look for the Democrat Bolsheviks to riot in the streets.