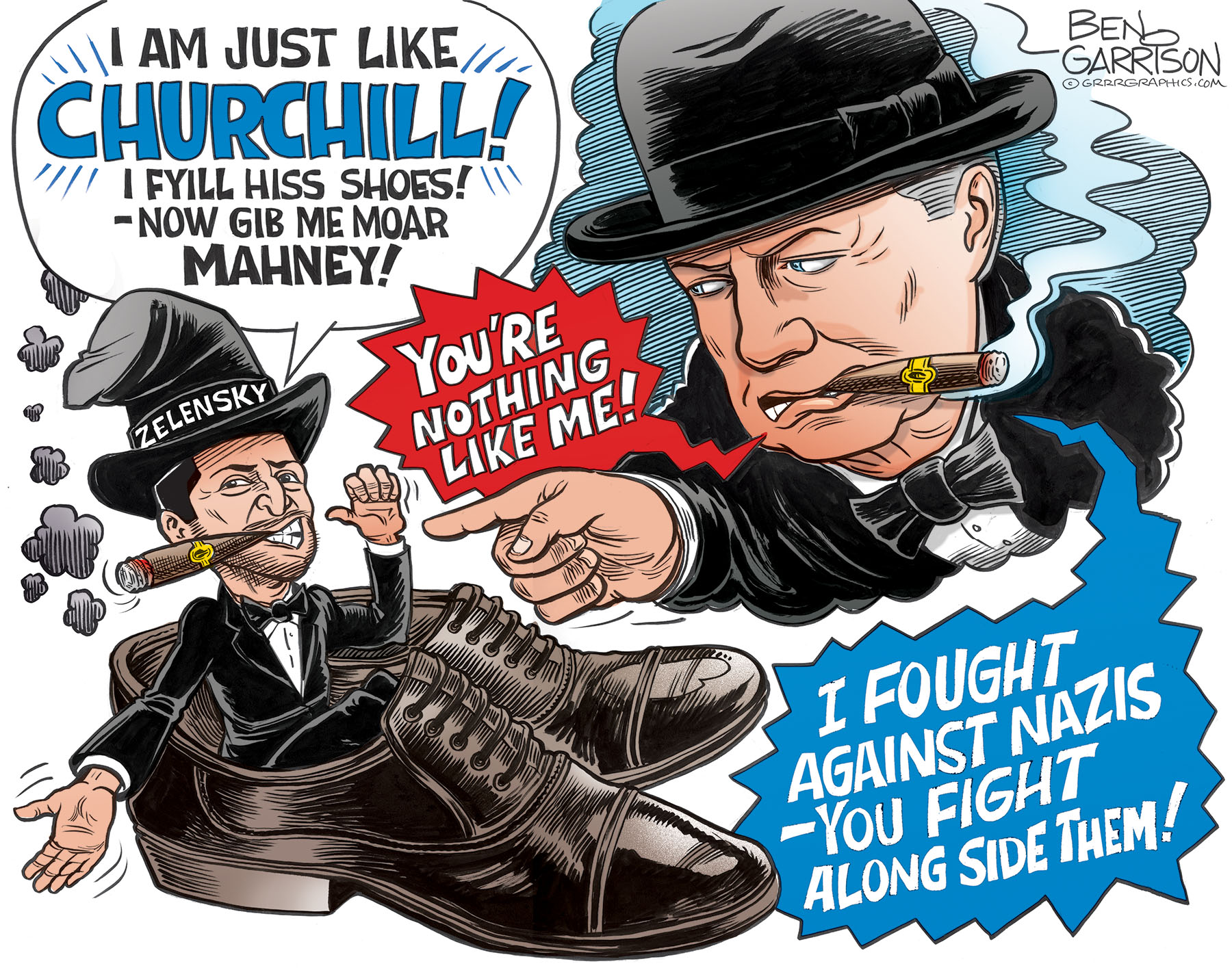 Zelensky is NO Churchill

We’ve all heard the comparison of Ukraine’s leader, Volodymyr Zelensky, to Winston Churchill. All the warmongers on the left and many on the right enthusiastically repeat the nonsense. Even establishment cartoonists have penned work showing how Zelensky is following in the footsteps of Churchill.

Churchill would despise Zelensky for what he is: A little puppet con man who is ripping off US taxpayers for the benefit of the globalist rulers as well as for himself and his cronies running Ukraine.

However, if you object to Zelensky they will make parallels to you being a Hitler pacifist if not an outright Nazi. The left uses a predictable and dog-eared playbook: They always trot out their Hitler straw man to describe anyone with whom they disagree. In this instance, they were forced to engage in some strenuous mental gymnastics to compare Putin to Hitler. They have even gone so far as to compare the ‘America First’ MAGA-minded as being Hitler lovers.

They militantly ignore the fact that Zelensky has literal Nazis fighting in his army.

They also ignore the fact that Putin was part of the Soviet Union, a country that fought Hitler during World War II. Over 10 million Russian soldiers died fighting Hitler. At that time the west was allied with one of the most brutal dictators in history—Joseph Stalin, who was far more evil and ruthless than Putin—but Joe always gets a pass from the left because he advanced their precious socialism.

Without any historical perspective at all, the neocon right and the Marxist left continue to tell us that Putin is just like Hitler because he invaded what they call a ‘democracy’ known as Ukraine.

The problem there is Ukraine isn’t a democracy—especially not now. NATO and the CIA made sure of that when they removed Ukraine’s lawfully-elected president, Viktor Yanukovych, in 2014. Turns out Yanukovych wanted closer ties with Ukraine’s traditional ally, Russia. Nope, the globalists couldn’t have that, so they had Zelensky, a comedian who once played the piano with his penis, installed to run their money-laundering whorehouse, complete with the installation of bioweapons labs. Corruption ran rampant and Hunter Biden got his paychecks from Burisma, and Joe the ‘big guy’ got his 10 percent.

Zelensky soon began his campaign of genocide by bombing Russians in the Donbas region to the east. Yes, he WANTED a war with Russia. Or I should say his globalist masters wanted the war. Over 100 billion unaccountable dollars has since flowed into Ukraine and many are getting fabulous amounts of money in kickbacks. Our Military Industrial Complex certainly is happy—they have a new war with which to enrich themselves.

If we had not given Zelensky a dime, he would have instantly sued for peace with Russia and many lives and dollars would have been saved. Ukraine would have agreed not to join NATO and probably ceded the Donbas region to the Russians. It’s already over 90 percent Russian there anyway. Instead, we have a vicious little tyrant and grifter who shows up to a loudly-applauding Congress wearing a green tee shirt and shrilly calls for endless billions of dollars while he shuts down all political opposition at home. He has closed Russian Orthodox churches and seized their wealth. He has banned the Russian language and all opposition media. Some democracy. He has vowed never to hold peace talks with Putin. Instead, he wants Putin dead. (So does Sean Hannity and many other war mongers here in America). The war flames continue to be fanned and we could see a much greater conflagration. And for what? The US has no strategic interest in that region. We need to protect our own border—not some unstable country with constantly shifting borders. Why can’t we heed our Founding Fathers’ advice and avoid foreign entanglements? Instead we continue to spark new wars all over he world.

Zelensky is closer to being Hitler than Churchill. Zelensky is willing to hold a scorched earth policy and fight to the last Ukrainian and even the last American. He favors nuclear war if that’s what it takes. Apparently many on the war mongering, virtue- signaling left favor nuclear war as well. Pure insanity. 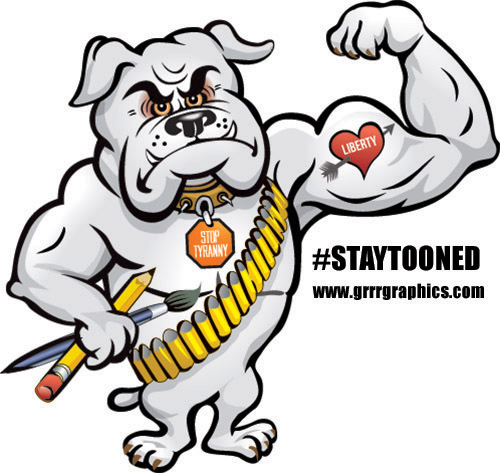 It ain’t easy being MAGA is it?

You can still support our work and show the censors they can’t win!

Zelensky Is No Churchill Original Art