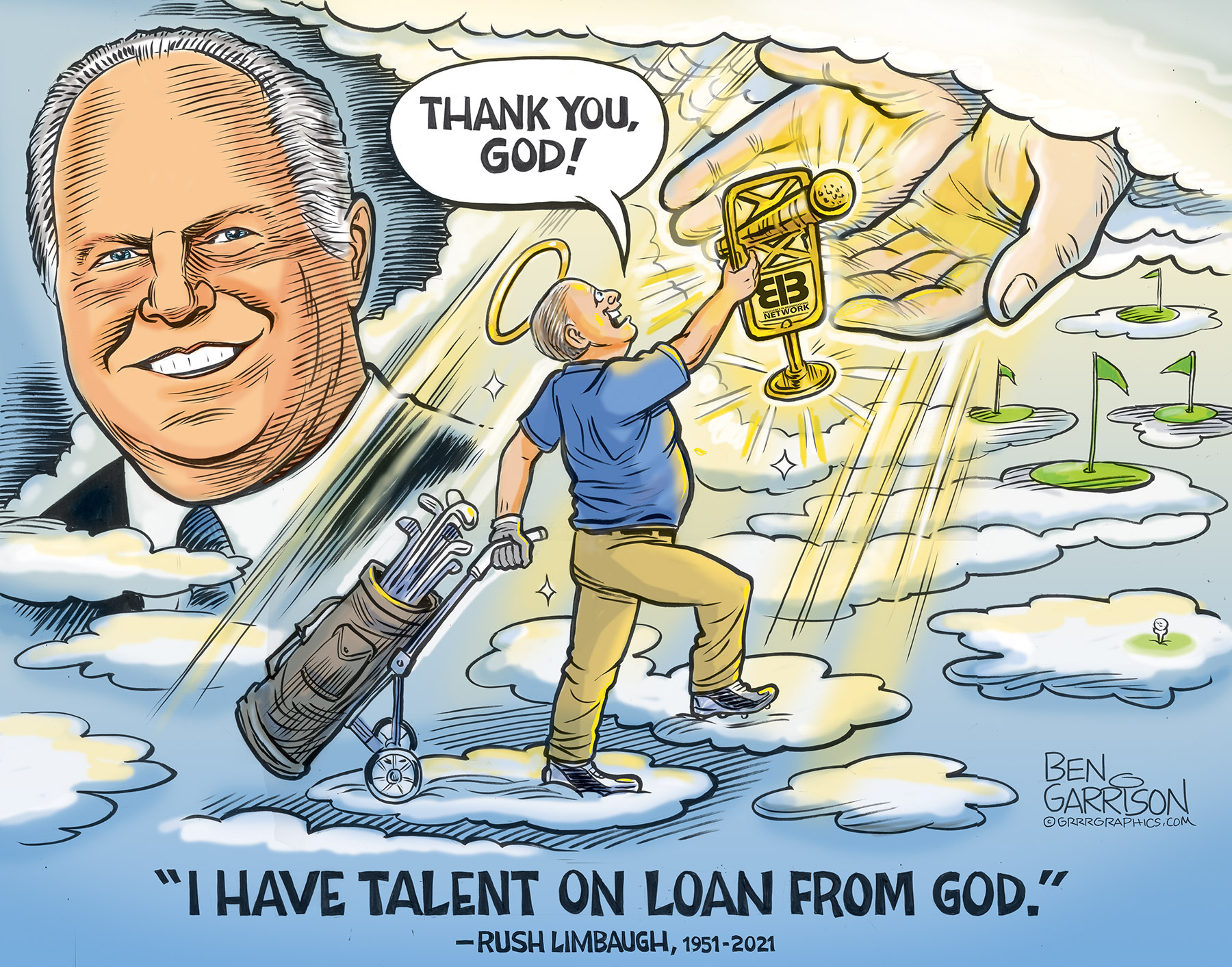 Rush Limbaugh has passed after a long battle with lung cancer. His wife Kathryn announced on his radio show that  Rush had died on Wednesday morning, February 17th, a month after his 70th birthday.

I knew this day would come, but was still unprepared for the news of Rush leaving this world.  His last show was on February second and he would be receiving treatment the following week. A full week went by without  Rush returning, then a couple more days. I had a growing feeling of dread that the time had come and as another week passed I knew the end was close. When news broke on FOX that Rush had died yesterday it was still a shock and it felt as if we had a large chuck of our collective hearts broken.  Rush is a true American in every sense of the word and loved his God, his country, the Constitution and the American people.

As much as he was cherished and loved by Americans and the entire world, Rush was hated and despised by the marxist Left. Showing no decency or class, the unhinged left gleefully celebrated Rush’s death on Twitter.  Remember their hateful comments as they feel the same way about YOU as they do Rush.

President Trump gave a moving tribute to Rush Limbaugh yesterday on Newsmax and FOX, speaking for the first time since the he left DC for Florida;

“There aren’t too many legends around, but he is a legend,”  Trump commented.

Rush Limbaugh was a part of American lives for over thirty years, millions tuned in every day to hear America’s anchorman’s take on the day’s events.  Rush taught conservatism to millions of eager students with humor, truth and genuine love for the country.

I started listening to Rush when Trump ran for president. I was happy to hear that Rush did not side with neocons such as McCain, but instead he endorsed a populist candidate who believed in ‘America first.’ I also admired Rush for kicking his addiction to a dangerous pain killer, which caused his bout with deafness. He was the butt of vicious jokes and endured constant ridicule from the left because of it, but he handled it all with grace and dignity. Most of us know how is very easy it is to fall into addiction or bad behavior. Whether it be drug or alcohol addiction, there is no shame in admitting the problem and then doing something about it. Rush did something about it.

Rush loved our Constitution, our Founding Fathers, and he wanted to help Trump make America great again. He wrote appealing books that taught children about America’s history. He countered the leftist indoctrination in public schools and helped students appreciate our heritage of freedom.

The left wants that heritage destroyed.

Rush loved his audience and his country. He wanted liberty for us all. For this the left has smeared him as a radical right wing ‘provocateur.’ The rest of us salute him for his dedication.