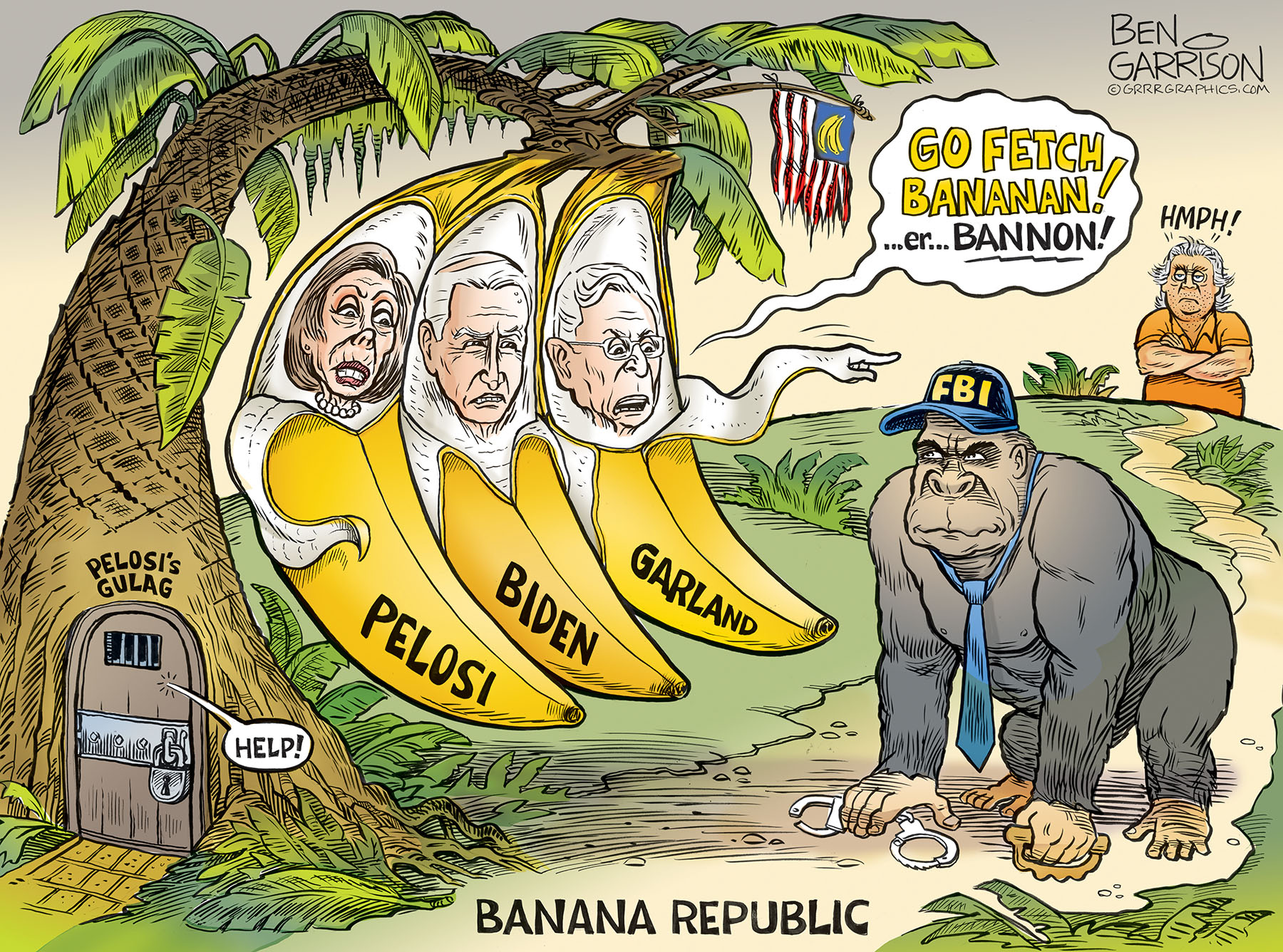 The Biden Regime has gone Bananas

Biden’s Attorney General Merrick Garland sent the FBI to arrest Steve Bannon on criminal contempt charges. It’s yet another example of political persecution by the Biden and the Socialist Democrats.

Bannon turned himself in, but promised to make Biden’s regime suffer the consequences. Bannon refused to participate in Pelosi’s new witch hunt based on the lie of the January 6 ‘insurrection.’ It was a protest, not an insurrection, but the Democrats want to use it as an excuse to crush conservatives in general and Trump supporters in particular.

It’s shameful how blatantly Biden and his forces have been using the politicized FBI to attack and harass their opponents. Garland, Biden, and Pelosi are the real criminals. They’re traitors to the United States.

We wish Steve Bannon all the best in his effort to defeat Biden and his Banana Republic.

Cartoon  available as a signed print- click to order 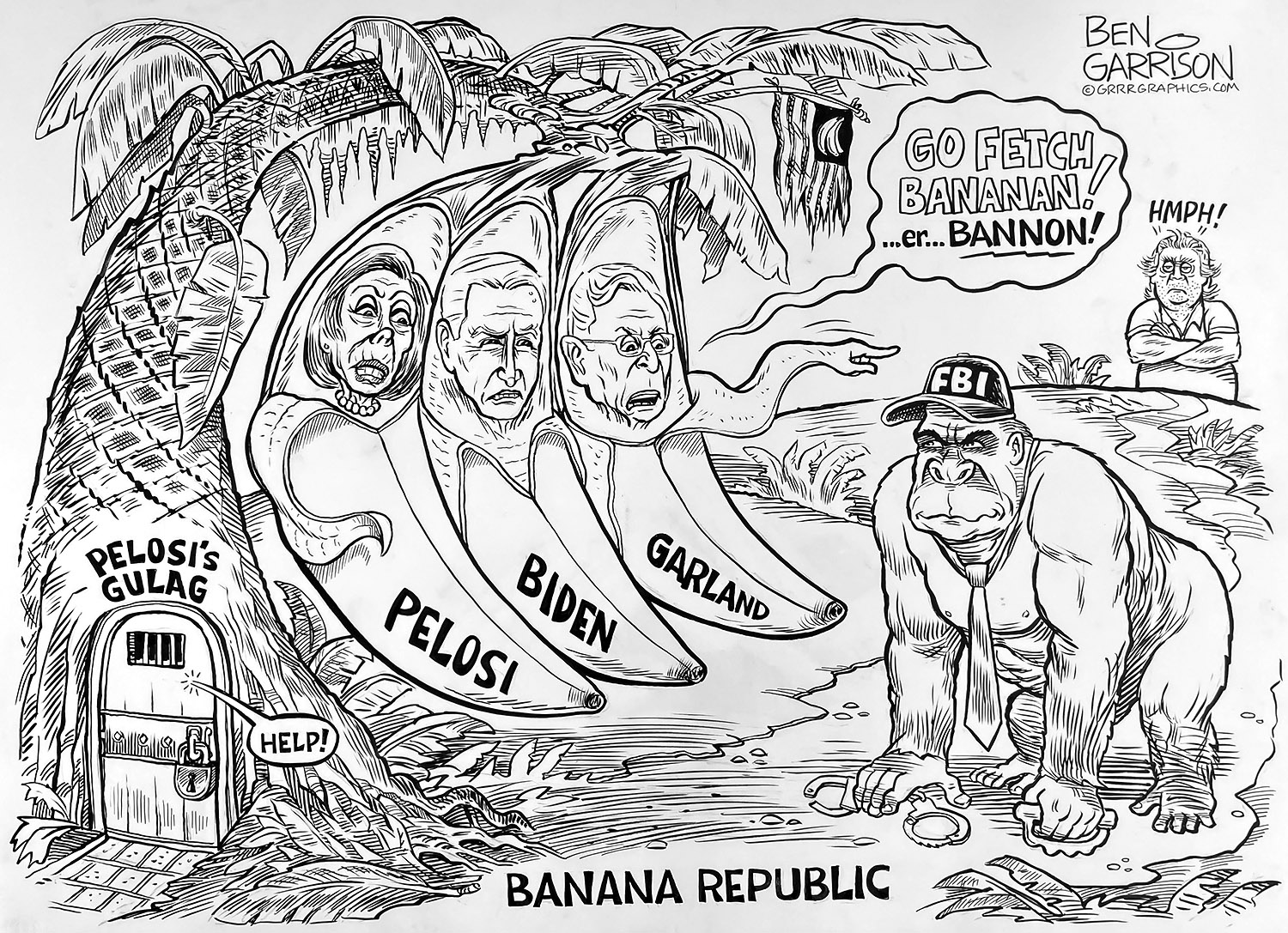