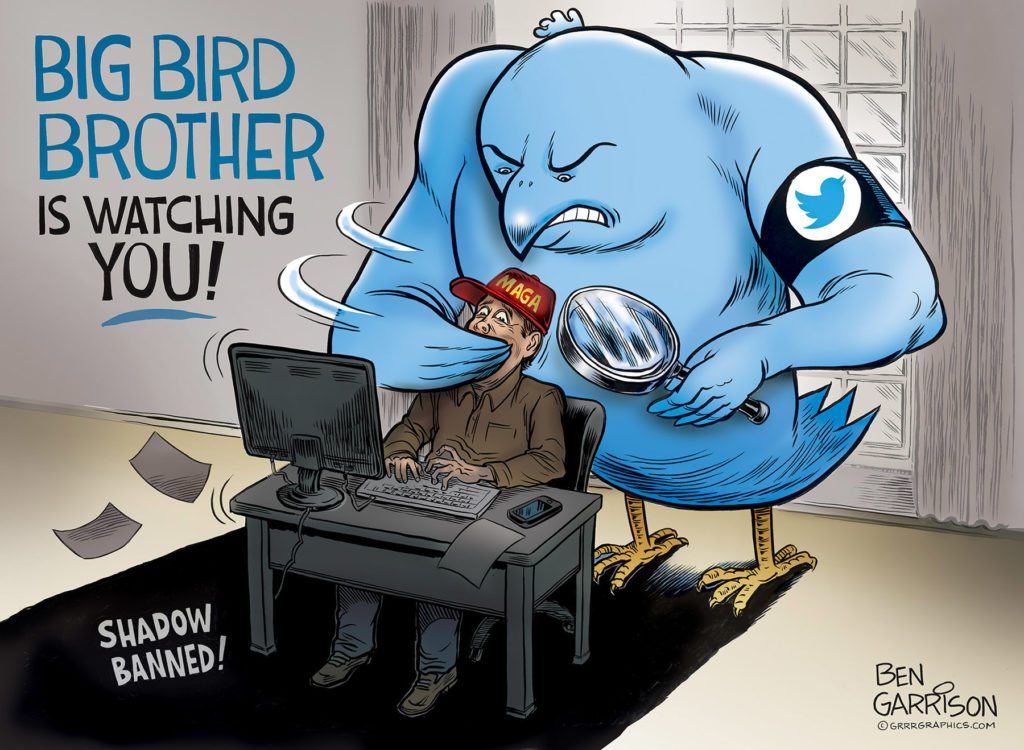 Not only is the online messaging service harvesting personal information from its users, it’s also tracking private messages and selling all information to advertisers and the Deep State. In other words, personal information that users would most likely want to keep private can be sold to all comers. It can also easily fall into the wrong hands. O’Keefe’s undercover videos revealed the contempt Twitter engineers had for the public. Sexual messages and photos are all saved to servers and one engineer hinted that the compromising information could later be used for blackmail. Charming.

We know that Silicon Valley and most social media programs such as Twitter and Facebook already have an anti-Trump, anti-conservative bias. We now know that ‘shadow banning’ is more widespread than thought. Users work hard to grow a large audience only to find out that only a small percentage of those people are reached due to shadow banning. People may think nobody is responding to their content and messages when in reality hardly anyone is seeing it. In many cases, the accounts of conservative or pro-Trump users are banned outright.

Many government agencies such as the FBI and CIA have become politicized, thanks to Obama. The universities have long had a leftist, socialist bent. Corporate media are nearly all left leaning. The media in particular have dropped any pretense of fairness and trumpet partisan, Democratic Party viewpoints. Now the evidence also shows that social media companies are progressives as well—and they have no problem acting on their bias against conservatives. Former Google boss Eric Schmidt not only supported Hillary, but he made sure the most popular search engine favored her and downplayed Trump. Facebook also uses shadow banning and discourages conservative voices and, of course, all public and private content posted by users gets stored permanently for later use by ‘security’ agencies.

Big Brother is definitely watching us, and he’s flipping us the bird.