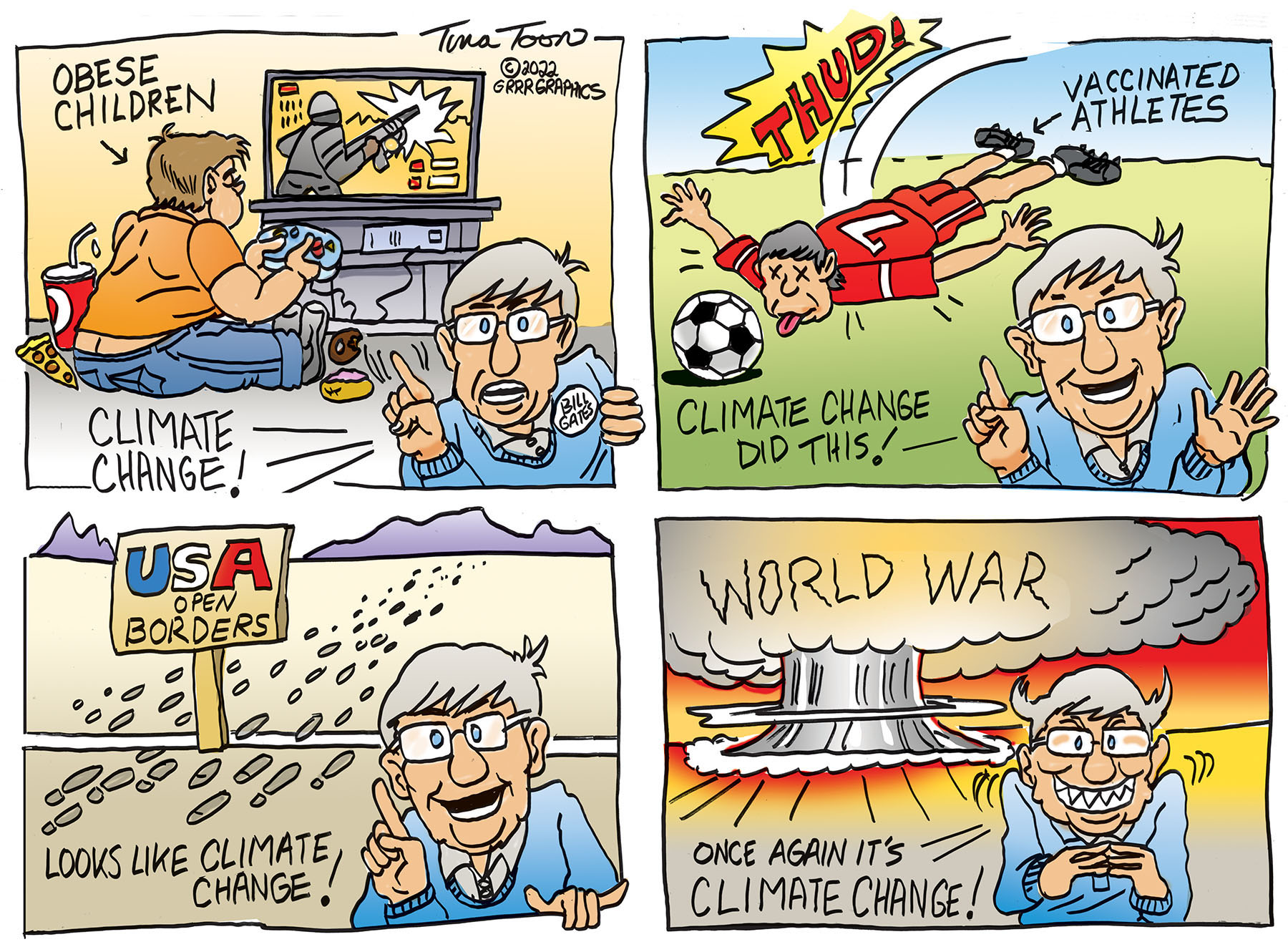 Bill Gates Knows Climate Change When He Sees It

As it turned out, Bill Gates was grooming Congressman Joe Manchin to go along with the so-called “Inflation Reduction Act of 2022.”

West Virginia will probably get some kind of special treatment from the Microsoft mega-billionaire.

The bill is not correctly named. Creating and spending $737 billion will only worsen inflation. Much of the money will be spent on ‘green’ projects ostensibly designed to solve the non-existent ‘climate crisis.’ Yes, it’s all a ruse to help further enslave humanity, which is the goal of Gates and his associates.

The $80 billion spent on funding 87,000 well-armed IRS agents tells you what this is all about: Crushing the middle class and small businesses. Especially Trump supporters.

Oh sure, they say those making less than $400,000 per year won’t be affected, but we know the Marxist Democrats are liars.

Bill Gates has always been a sociopath, but now he has so much money that he’s even nuttier than usual. One thing for sure: He thinks there are too many people on ‘his’ Earth and he wants to eradicate most of us. Whether by means of deadly vaccines, food shortages, or war, Gates  has only to say his magic panic words, ‘climate change’ to justify his genocide. Fat kids? That’s because the Earth is too hot for them to go outside and play. Global warming is driving illegal aliens across our border? Apparently they’re coming up just to cool off. People dropping dead due to his deadly vaccines? Climate change is to blame there, too. The excessive worry about climate change is stressing people out and ruining their health.

The sociopaths at the top of the evil pyramid have no problem with war, either. Apparently not even nuclear war. Of course, they’ll all be safe in their underground luxury bunkers should such a cataclysmic event occur, but one thing is certain: Nuclear war will cause the death of billions—and it will definitely change the climate.

Time To Celebrate Liz Cheney’s Defeat and support our work with an End Of The RINOS Print Bundle!

Two Prints for a 50% discount- limited time only!

End Of The RINOS Print Bundle