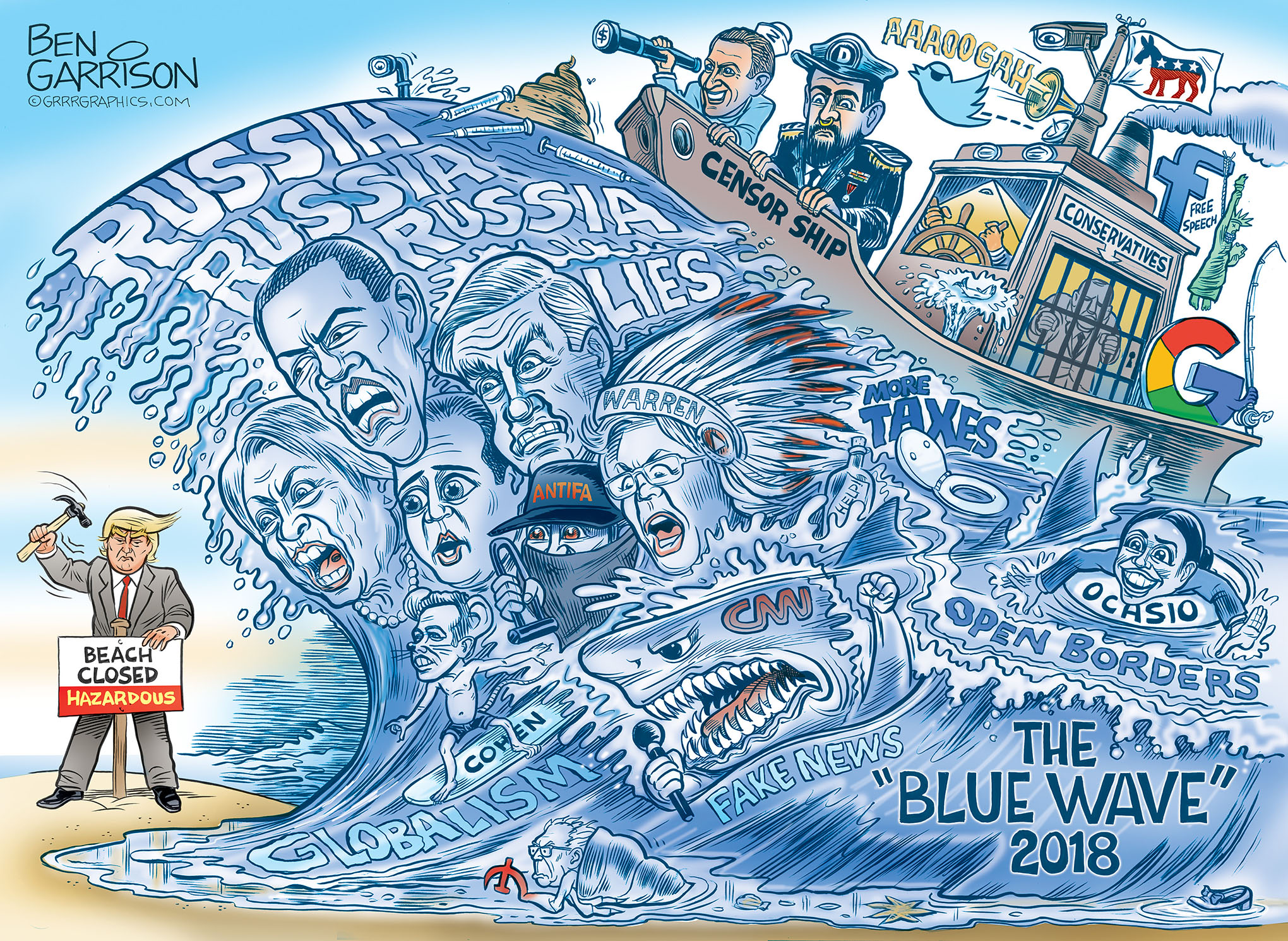 The Democrats are riding a cresting wave of corruption, lies, censorship, and desperation. They hope to win the mid terms and then negate Trump’s accomplishments. I predict it will be a crashing failure. They’re losing the narrative. Even many progressives no longer believe the ‘Russian Collusion’ bunk that was illegally drummed up by Hillary and Obama along with the politicized FBI.

Like cartoons? give GrrrGraphics a “tip”  here’s Ben’s Tip Jar  Thank YOU!

The president needs to make everything public so everyone will know for sure that the Deep State has weaponized the justice system to fire in their favor. Heads should roll. More people should be fired. Starting with perhaps Jefferson Sessions.

The blue wave will dissipate quickly after crashing on the beach of truth.

Crawling along the beach is the Commie Crab, Bernie Sanders. Above, steering the “Censor Ship”, we see Zuckerberg and Jack Doresy, the Twitter CEO.