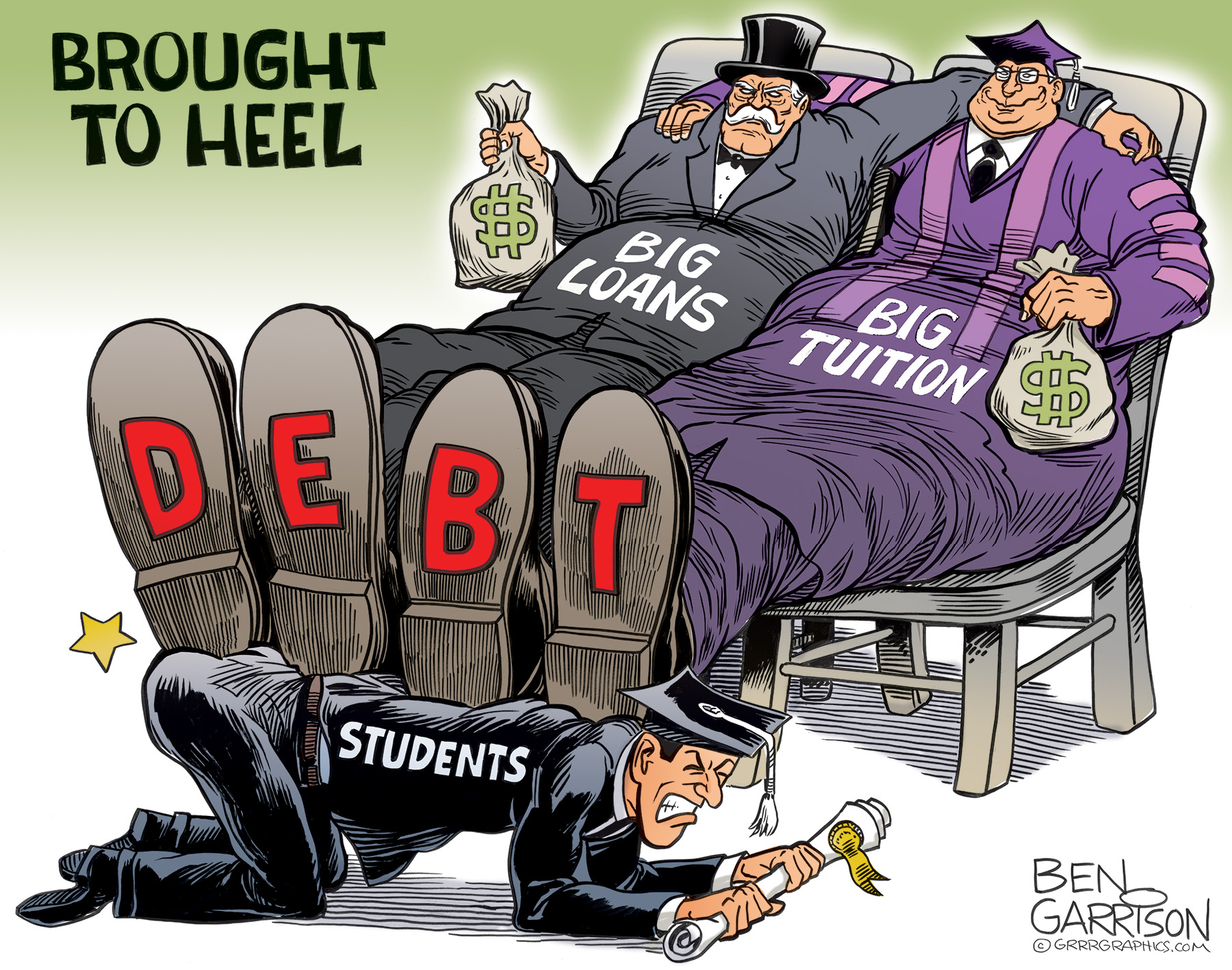 Biden wants to bail out those saddled with college debt to the tune of $10,000 each.

Some say he’s doing this to buy their votes. At the same time, Congress is questioning the expensive bailout. They are supposed to control the purse strings, not the so-called President. Still, the Democrat-controlled Congress may go along because they are also looking for a spark going into the midterms.

It’s not right for Biden to attempt to buy votes, but he’s a crook and we’ve all grown accustomed to his outrages. Expecting taxpayers and those who have already paid off their college loans to bail out those still saddled with college debt doesn’t exactly smack of fairness. Why not simply give all Americans $10,000? Inflation is already out of control and so Biden might as well go full Zimbabwe.

I noticed a lot of conservative media outlets are vehemently condemning the Biden bailout and they even go on to condemn those students riddled with debt as being ‘woke’ and majoring in ‘gender studies.’ Such students can’t be expected to find jobs that offer decent pay, but to paint all students with the bright blue radical brush is neither fair nor accurate. For many decades, young people have been told they must have a college degree to succeed in life. College has become a necessity as well as a rite of passage from youth to adulthood.

Many decades ago I went to college full time during the day and worked full time at night. I drove a beat up VW Bug and I lived in a shotgun shack on the wrong side of the tracks. My spare time was spent studying and working on paintings. I was not a ‘partier’ and I didn’t have much of a social life. Still, I was able to live on my own and pay the tuition and assorted bills that went with attending a university. I bought used textbooks at the University bookstore at a reasonable price. This cannot be done today. Young people can’t afford rent by working low-paying jobs, let alone afford skyrocketing tuition costs. Textbooks can now cost hundreds of dollars apiece. Students today must procure massive loans in order to get a degree.

How did this happen? It seems as if somewhere along the line the Federal Government, the big banks, and the big universities all got together and colluded to raise college costs and snap debt slavery shackles on millions of young people. Nearly 48 million borrowers now own $1.75 trillion in student loan debt! Too many are enslaved by their debt and many have no hope of paying it off. They have become marginalized and are cut out of the American dream while conservatives denounce them as lazy and ‘woke.’ Why not instead criticize the universities who are gouging those who want a degree? Harvard has built up nearly $50 billion in endowments, yet have they dropped their tuition costs? I think not.

The system has made it extremely difficult for student loan debtors to declare bankruptcy, so many simply do not pay. No wonder so many millennials have moved back in their parents. Life has become way too difficult. Millennials complain that we boomers had it easy compared to what they must face, and they’re right. It was a lot easier for us Boomers.

Young people need to refuse to go to college. Trade schools will lead to better success overall at this point. Maybe a huge drop in college attendance will get the attention of the money-bloated universities and they’ll lower tuition costs. The government needs to butt out of education. When big government stepped in ’to help,’ that’s when the debt problem began. Universities need to take their giant fortunes and start giving out more grants to worthy candidates. Until they do, my sympathies lie with the young people who simply wanted to succeed on an uneven playing field.