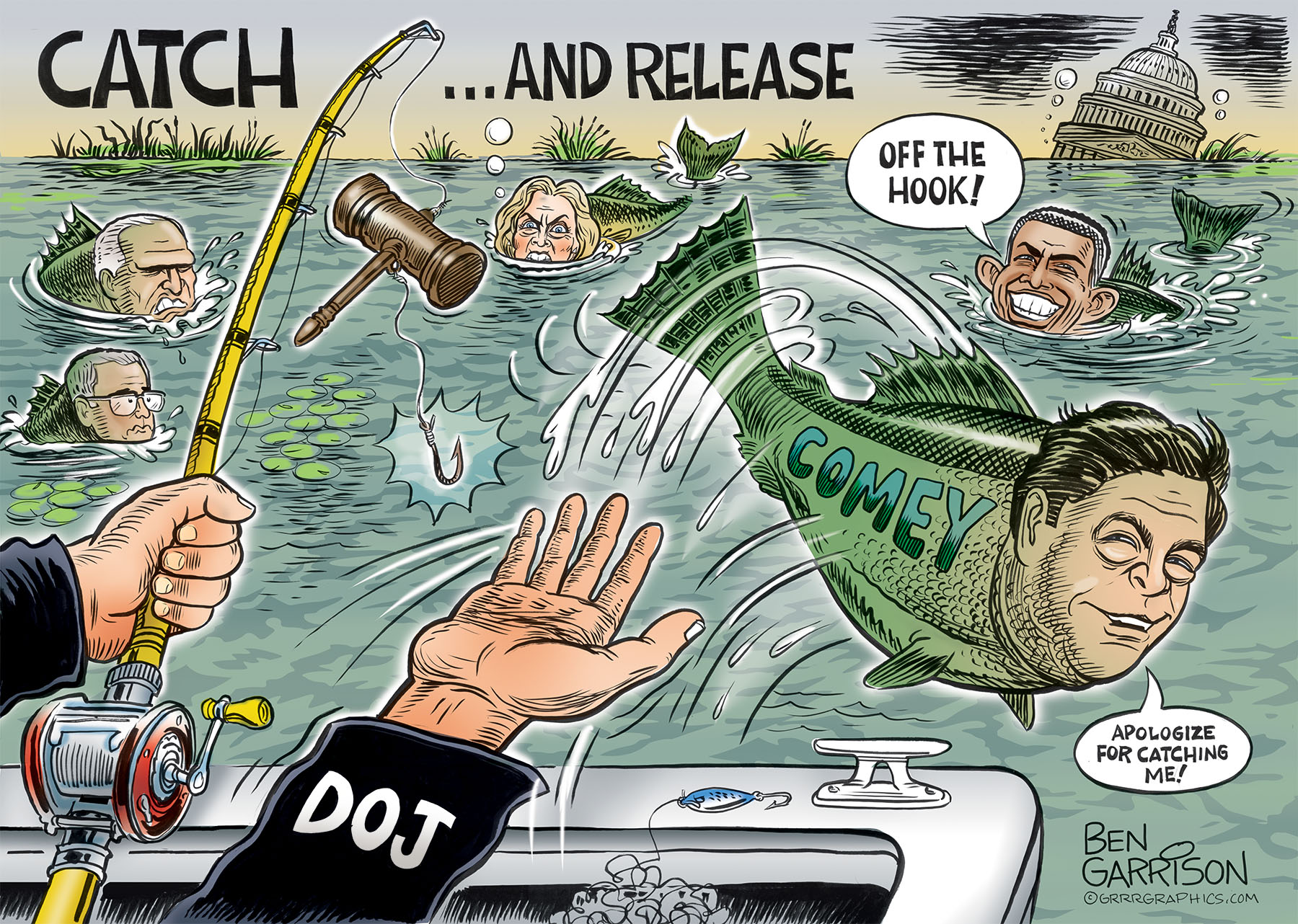 Is Comey Off the Hook? Or Does Barr have something new in the tackle box to reel in the sanctimonious FBI Director?

Attorney General Barr decided not to pursue a case against Comey. I don’t know why—it seemed to me there was plenty of evidence to indict him. Perhaps Barr has come down with a touch of Jeff Sessions-itis.

The FBI had far, far less evidence against General Flynn, and still less—nothing, really—on Roger Stone. Regardless, Stone was treated to a swat team take down with dozens of FBI men pointing weapons at him. The disgraced former FBI head Comey can collude to take down a lawfully elected president and so far he has suffered no consequences other than getting fired by Trump. As a result of Barr’s reluctance to prosecute, Comey gleefully claimed he has been exonerated and he even demanded an apology.

Former CIA director John Brennan piled on and attacked the president, saying his ‘protective cocoon was only temporary.’ Whatever it means, it sounds ominous and threatening. The coup criminals are not giving up!

The FBI and CIA have grown too powerful and too rogue. Now they’re also politicized–and like Hillary, they’re all above the law. They enjoy Deep State immunity. Comey is a Clinton operative and he made sure she suffered no consequences for her criminal conduct. Then he participated in a coup to take down Trump, which was based on the lying Steele Dossier—purchased by Hillary, of course.

We already saw what the Deep State and Illuminati can do—just look what happened to Epstein. They had him whacked in prison. Or they whisked him out and whacked his replacement. Either way, we all know he didn’t commit suicide, but that’s the official story and now the establishment has swept it under the rug. We’re supposed to simply forget about child trafficking and pedophilia at the top…and how they can murder someone right in front of us and get away with it. Just like they did with President Kennedy.

If Barr lets all the other coup conspirators off, then we’ll know for sure we live in a banana republic. The swamp-dwelling perpetrators need to face equal justice under the law. Comey deserved the swat team—not Roger Stone. Instead he’s let off the hook. The Deep State wants us to believe Comey is a patriotic hero. Like with Epstein, they force outrageous whoppers upon us and if we question them we get marginalized as ‘conspiracy theorists.’

The Deep State has murdered the truth, which now sleeps with the fishes.

Get out the big tackle box and reel your Ben Garrison Original cartoon in! reserve now! 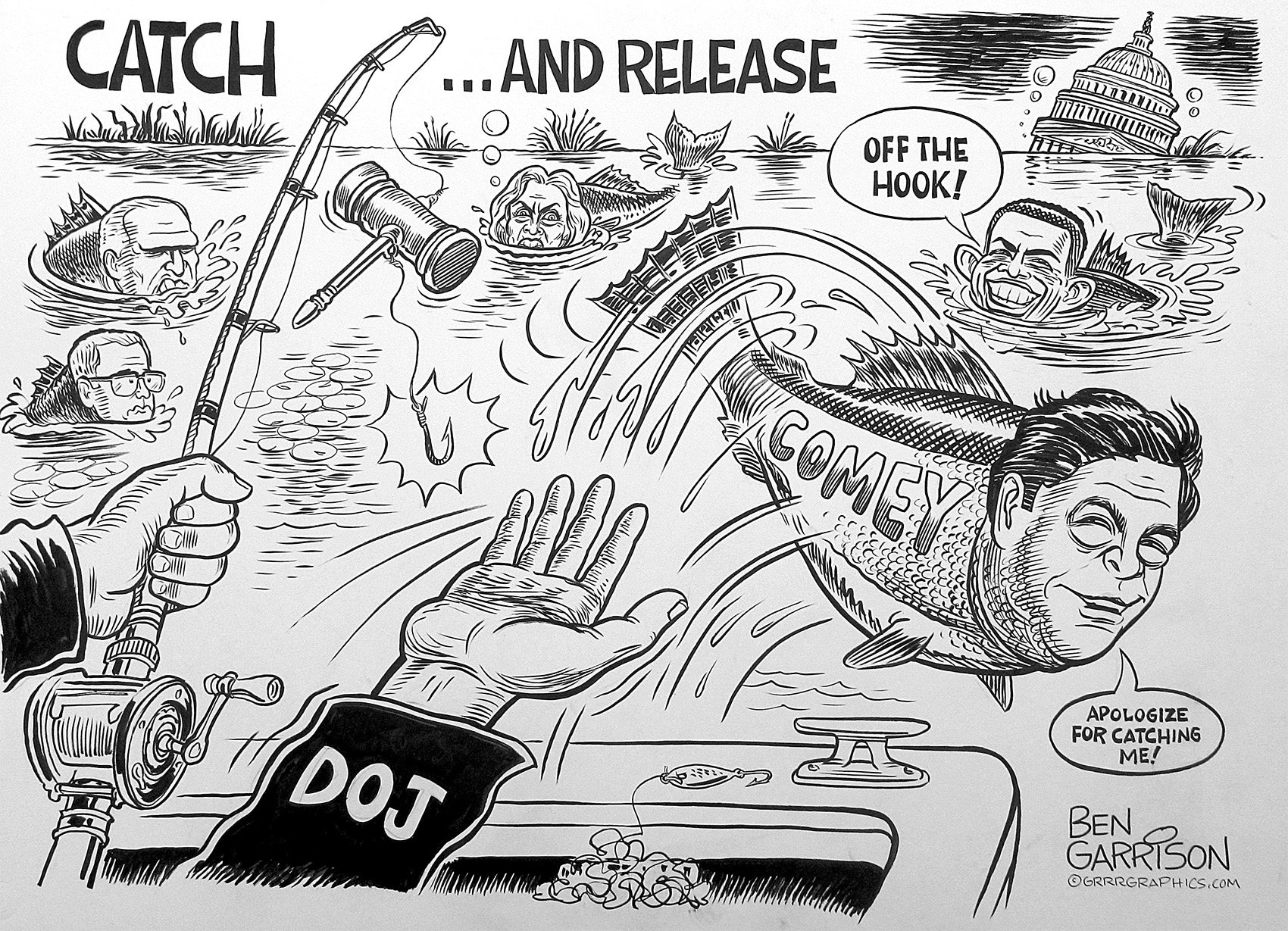