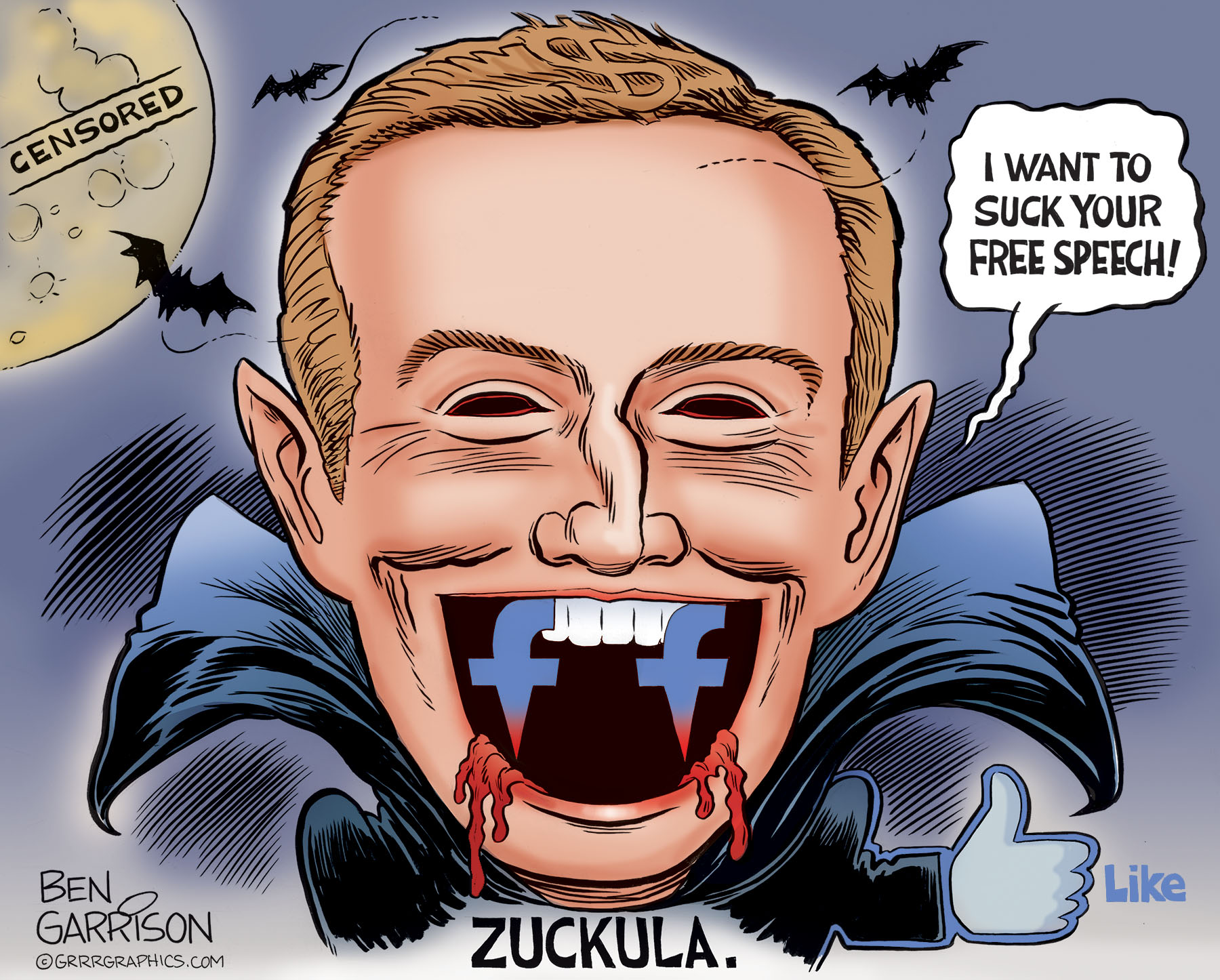 The left wants a monopoly on what they perceive to be the ’truth.’

By censoring Alex Jones, Paul Joseph Watson, Laura Loomer, and Milo Yiannopoulos, Facebook has made it plain that they can’t deal with people telling Americans the real truth.

The Silicon Valley social media and the Deep State corporate media want a monopoly on minds. They know that Trump was elected in part with the help of those they now labeled as ‘dangerous.’ Hillary called them the ‘deplorables.’ Bill Maher called them ‘horrible people.’ That’s his opinion. My opinion is they’re not horrible. I know for a fact that Alex Jones is in no way a racist. Neither are the others. It’s an invention—an excuse by the left to censor them. Calling someone a ‘racist’ or ’Nazi’ is the lefts’ way of dehumanizing people.

It’s easier than debate. Once dehumanized, people can easily be digitally erased, assaulted, or even murdered without much concern from the left. Encouraged by their ongoing success with their Stalin-like erasure of Alex Jones, they’ve moved on to more targets. Gavin McInnes has been mostly banned and Tommy Robinson has been smeared by Facebook as a ‘hate figure.’ James Woods got banned from Twitter for cracking a joke, but the celebrities on the left get to make criminal threats and remain.

Hate speech is legal in America. I once foolishly condemned hate speech in an attempt to resurrect my destroyed reputation and commercial art business. It was a dumb thing for a libertarian to say, but I had become desperate. I was acting out of anger and fear—always a bad combination. Besides, it made the trolls angry so I kept saying it. My definition of hate speech remains synonymous with illegal speech. Terrorist threats, libel, slander, and copyright theft are illegal. The trolls had been stealing my copyrighted cartoons, changing them into racism and anti-Semitism while pretending they were the ‘real cartoons.’ They libeled and defamed me for years and all of their foulness was at the top of search engines. Since I was unknown, people thought I really was a ‘Nazi.’ I actually had two clients call and ask me if I was a “Nazi.” I had to talk to several CEOs and awkwardly explain to them that I was not a Nazi. I had to leave the art gallery I was in due to ongoing attacks on the owner by trolls. Those were hard times, mentally and financially. Thanks to our supporters we were able to recover and defeat the trolls, but my resentment—especially towards Zuckerberg, remains.

Zuckerberg and his company culture are bathed in hypocrisy. In their press release a Facebook spokesperson stated,

“We’ve always banned individuals or organizations that promote or engage in violence and hate, regardless of ideology.”

Well, certainly not in my case. They allowed horrific pages using my name and face to promote outright murder based on race and religion. I spent over 100 man hours in 2014 alone begging social media ‘authorities’ to remove the libel. Facebook was always the worst. Once I had to get a lawyer involved. Facebook consistently allowed the hate pages to stay up for weeks—always telling me the pages ‘didn’t violate their community standards.’  Once I was told to stop complaining or they would ban me for ’spamming’ them. When one was finally removed, another impersonation page would take its place the next day and I would again start at square one with Facebook. My lawyer said I couldn’t sue them because Zuckerberg’s disclaimers were iron-clad. He claimed he was only providing a platform for communication—much like the phone company. All he did was listen in to all of your calls and sell your conversations to advertisers. Now Zuckerberg wants to actively censor your calls.

Libel and defamation still require removal. Insults, generic hatred, and jokes do not. Facebook knows full well that if we find something offensive we can simply ignore the post or block the user. We conservatives aren’t forcing anyone on the left to read what we post. If they take offense, then it’s their problem. We aren’t responsible for the hurt feelings of others. To protect their snowflakes, Zuckerberg has crossed the line. He is now engaging in outright censorship, which is always a step toward tyranny. Facebook won’t stop with the conservative celebrities they’ve banned. Soon, all conservative speech will be seen as ‘hate speech’ by Facebook. The left doesn’t want debate. They want things rigged to advance their control and domination of minds and with the 2020 election ahead, they are determined not to lose.