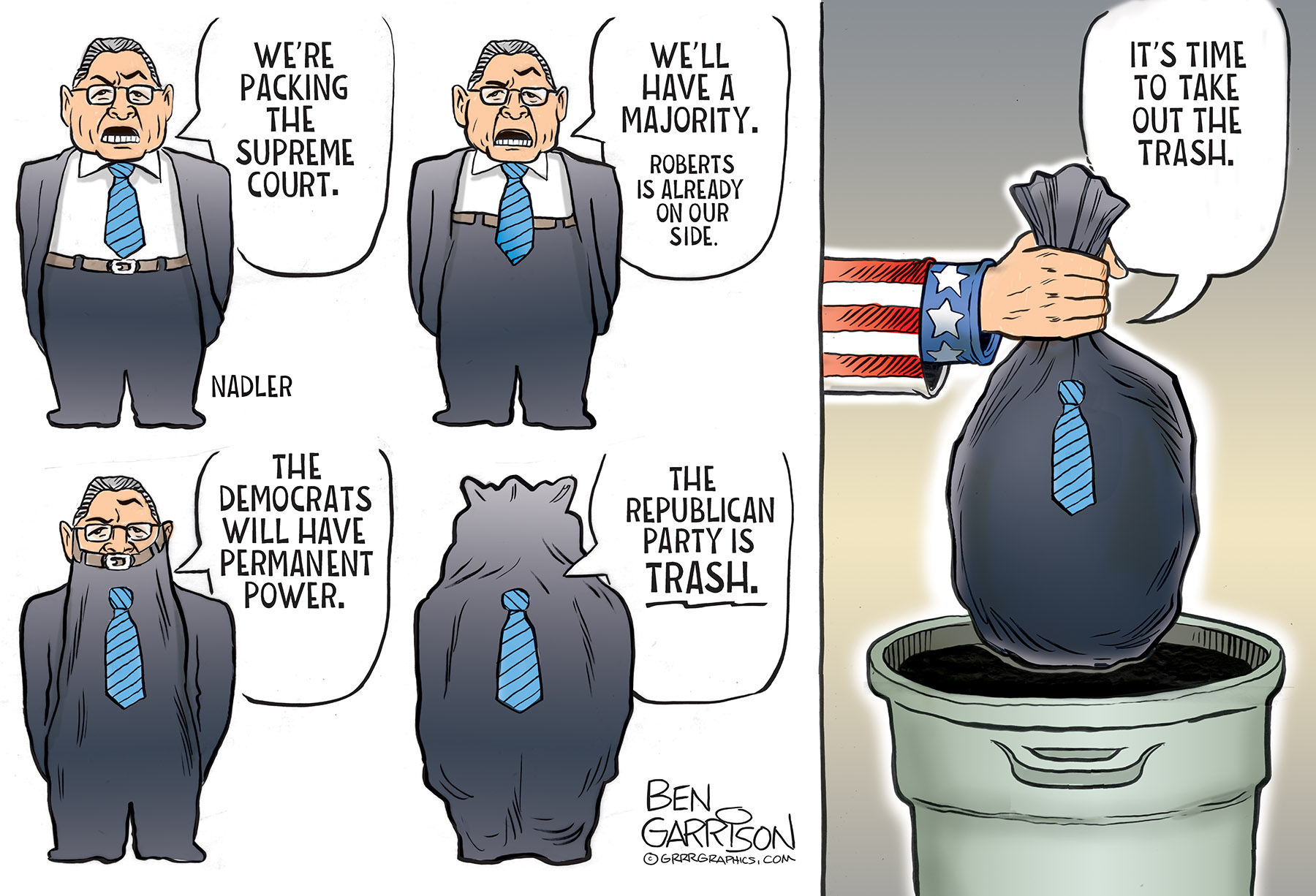 Time To Take Out the Trash

Rotund Nadler weighs in;  “We’re not packing it, we’re unpacking it.”

Rules for Radicals “Accuse your opponent of what you are doing, to create confusion and to inculcate voters against evidence of your own guilt”

Led by House Judiciary Committee Chair Jerry Nadler, the House is working on legislation to increase the Supreme court seats from 9 to 13. This is an obvious and blatant attempt by Democrats to shift the balance of power in their favor. The Democrats are also trying to stop states from pushing through much needed election reform. They prefer no IDs and cheating, which will help keep Democrats in power. The Socialist Democrats are living up to their socialist bent. After all, Socialists do not permit competing parties. Once leaders such as Lenin and Castro took over, their opposition was neutralized. The Democrats are trying to do the same thing.

Had Enough? Are you ready to take a stand for America? Support Patriots who fight for you and AMERICA First!  Make a difference and get involved, time is running out! If you would like to make a donation to keep our America First cartoons online click here! It’s Now or Never! Don’t let the cancel culture win!The Democrats need not fear a conservative Supreme Court. After all, the so-called conservative highest court in the land refused to hear overwhelming evidence that the Democrats stole the presidential election. I don’t trust the turncoat Chief Justice Roberts or any of the new conservatives on the Supreme Court. I trust Justice Clarence Thomas and that’s about it.The round man known as Nadler seems to be wearing his pants a bit higher these days. I imagined his pants going higher and higher until his face was covered by them. He is helped by his Democratic colleague in the Senate, Ed Markey from Massachusetts. Their idea of packing the Supreme Court belongs in a trash compactor.—Ben Garrison