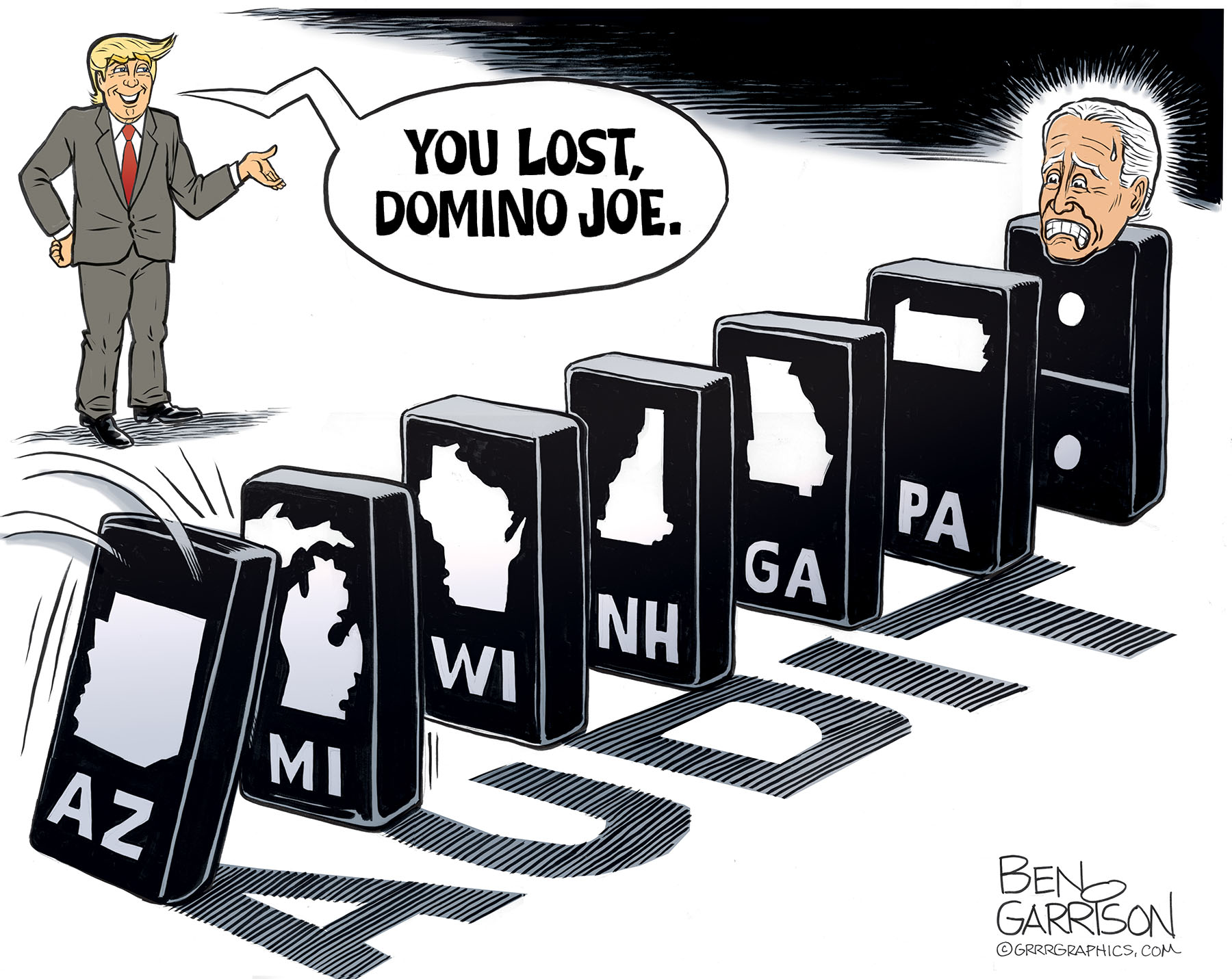 All Eyes On Arizona, The First Domino to Drop!

President Trump easily won his reelection in a landslide, but the Democrat Socialists arranged to steal it away. Sleepy Joe Biden mostly hid in his basement and when he did make campaign appearances he could barely draw a handful of people. A lot of Democrats despised him. He was one of the most corrupt candidates in history. He was also the oldest and most befuddled.

Yet he supposedly garnered more votes than Barack Obama. Huh? That couldn’t possibly happen. Biden was not at all as popular as Obama. Biden was a terrible candidate. He performed miserably during the Democrat’s debates. He finished 4th place in the Iowa Caucus and 5th in the New Hampshire primary. Then it was decided by insiders that Biden was to win his party’s nomination. He was the one that could be most easily controlled and counted on to carry out the globalists’ agenda. The powerful globalist insiders stole the Democrat nomination and then the presidency for Biden.

What can be done about it now? For starters, what Arizona is doing. It’s up to the states to conduct forensic investigations into the Democrat’s voter fraud. It now appears Trump won Arizona by a very wide margin. He won the other key states as well. All states need to investigate the corrupt voting that took place during 2020 presidential election. Domino Joe needs to fall.

Otherwise, the elections will be permanently stolen in favor of Marxists.

NOW AVAILABLE AS A ONE OF A KIND NFT COLLECTABLE-COULD THIS NTF BE WORTH THOUSANDS IN THE FUTURE? ONLY TIME WILL TELL! CLICK TO VIEW AT OPENSEA

Also Available as a Smaller  Signed Print  Click to view!