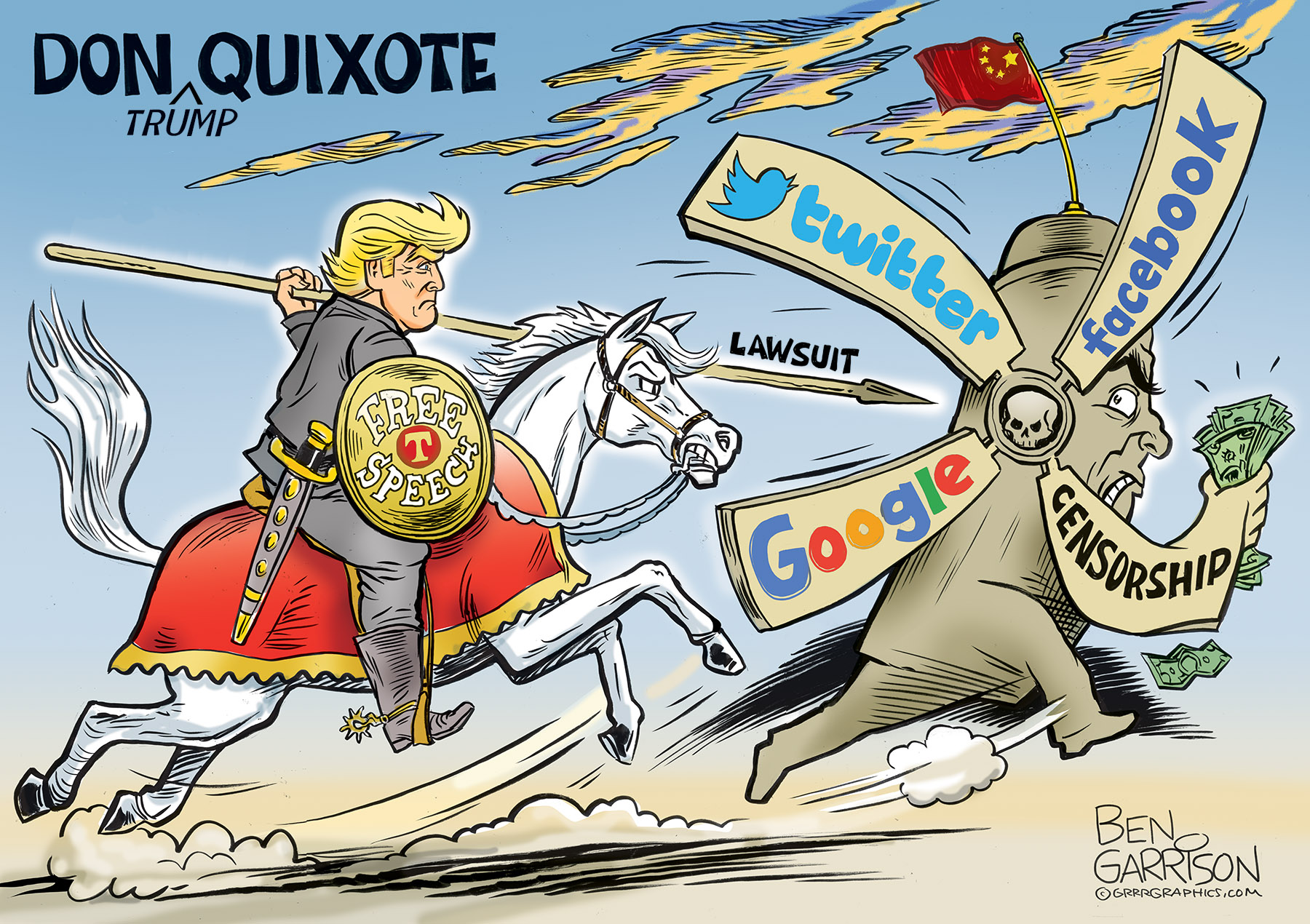 These enemies of America are are not imaginary

Yes, I realize that the Don Quixote character from Cervantes’ novel attacked imaginary enemies as represented by the windmill, but Donald Trump Quixote’s enemies are not imagined.

They are all too real and dangerous.

The Marxist mainstream media may condemn Trump’s lawsuit as desperation and folly, but it’s happening and a major lawsuit against the social media leviathans is long overdue.

Those social media giants removed thousands of conservative voices from their platforms in an obvious attempt to sway the presidential election away from Trump.

Their actions were a blatant attack on free speech.

Facebook would not allow any mention of Hunter’s laptop. They said the news had been discredited, but it was all too real and damaging to the pay-for-play criminal Joe Biden, so posting about it was disallowed.

The CEOs of the three major companies all admire China. Zuckerberg is good friends with President Xi. The ruling elite and the Marxist Democrat Party all agree: They want Chinese-style censorship.

Help us expose the Big Tech’s Censorship of Americans, every dollar helps keep GrrrGraphics online, we are totally funded by YOU! Click to donate today

We stand behind President Trump and support his lawsuit. Our first amendment rights must be protected and preserved for future Americans. 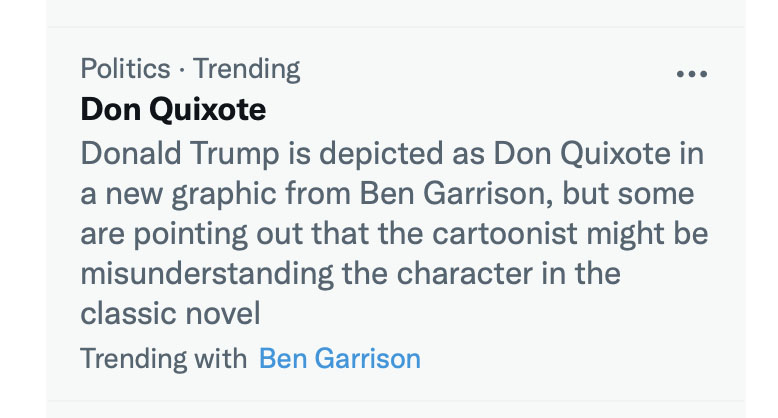 It must be a slow news day for so many to be bashing a humble cartoonist. If anyone bothered to read my post, of courses I know the story of Don Quixote. Still, my cartoon is about Don TRUMP Quixote, and the windmill enemy is not imagined—it is real. That’s why the windmill is running away. It’s a metaphor combined with artistic license. Deal with it. 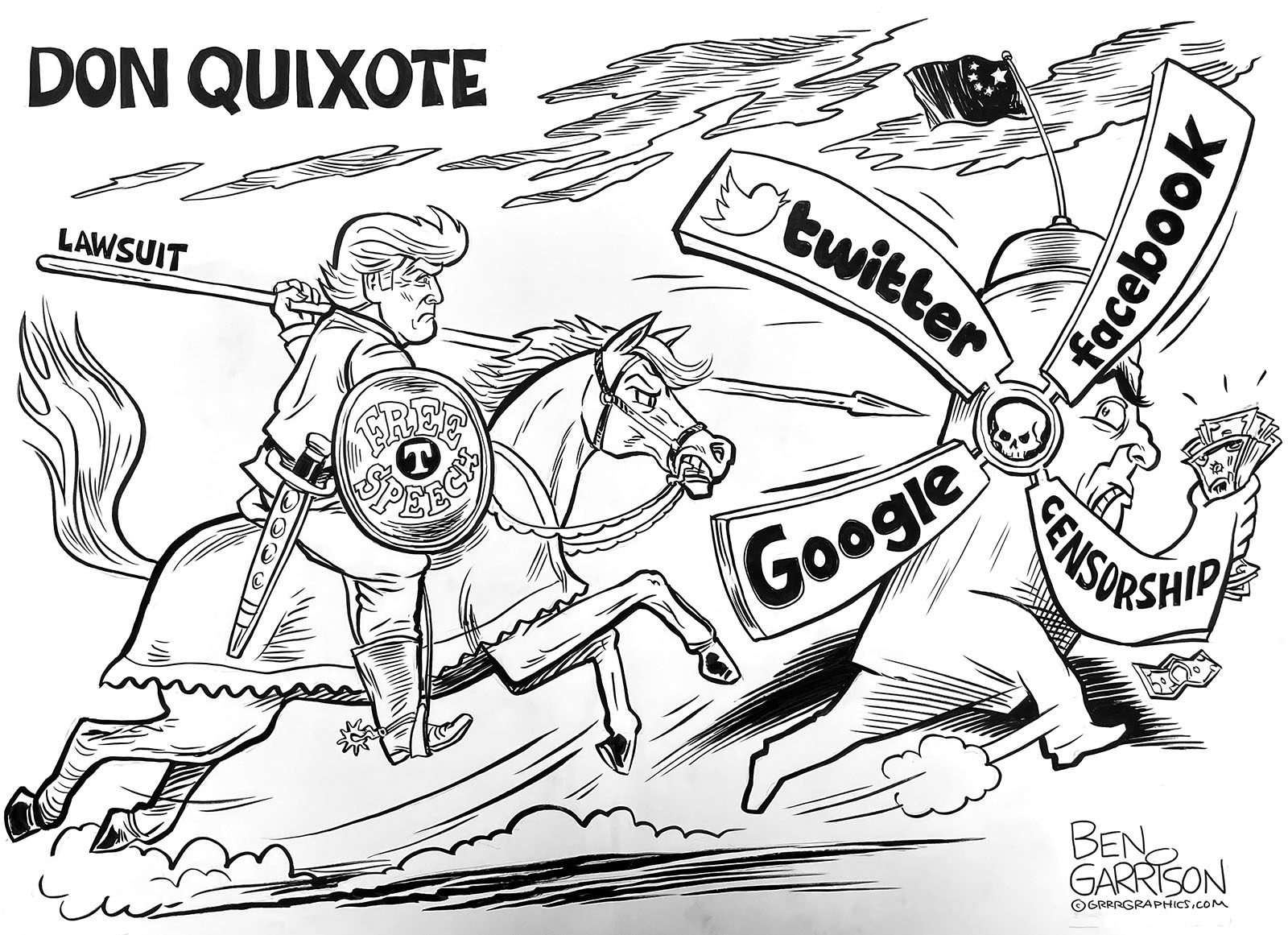