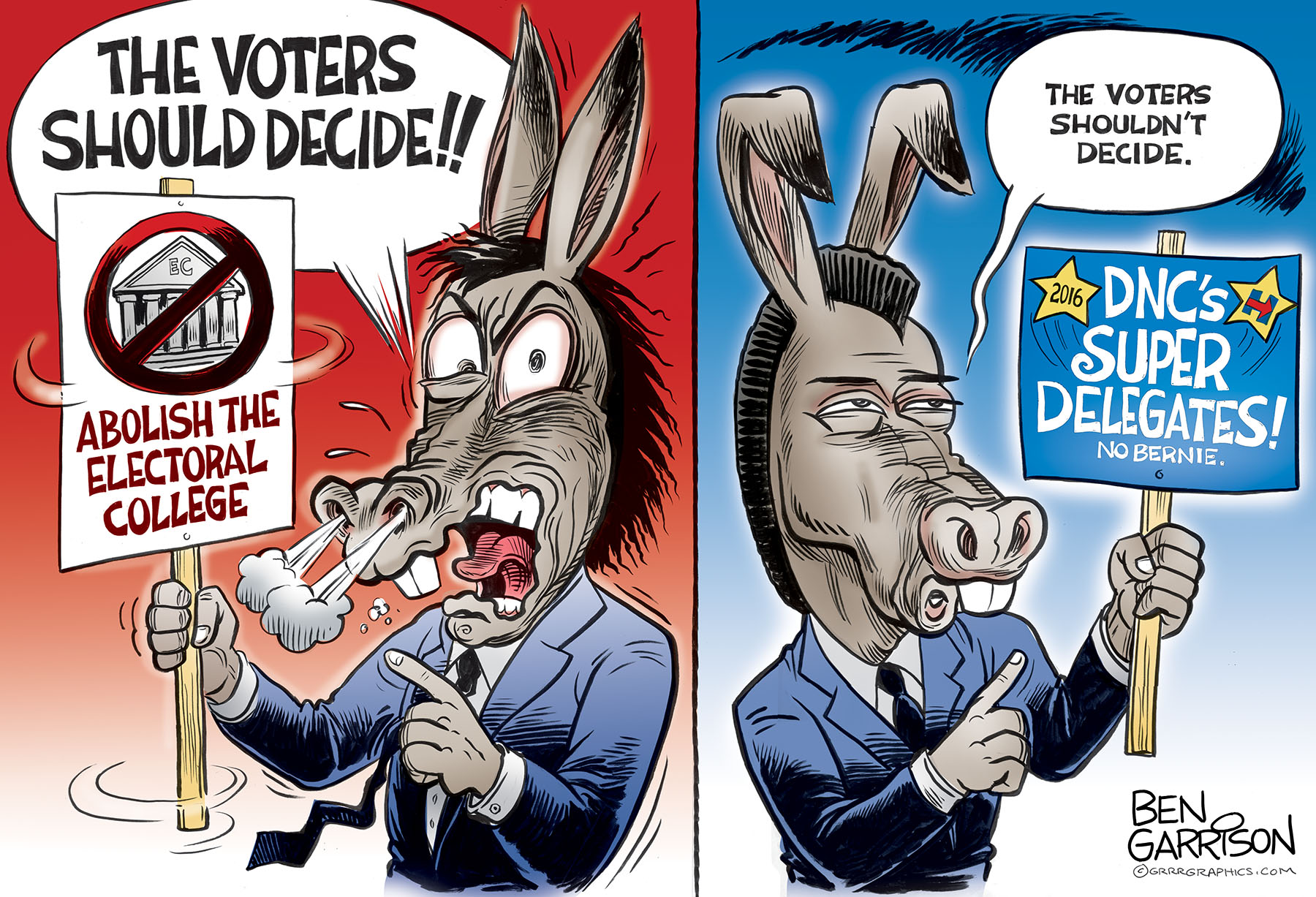 More Democrats are calling for the abolition of the Electoral College in favor of electing presidents directly from the country’s popular vote.

After all, Hillary Clinton garnered more popular votes than Trump, therefore they think she should have been president.

The Electoral College is one of those checks and balances that helps keep our Republic healthy. We are the United States and states and the citizens residing within them should have some power and control over their own fate.

We saw how those who controlled the Democrat Party rigged primaries in favor of Hillary. She basically bought out a party that was financially struggling. They did as they were told. Hillary loves to rig things in her favor either by extortion, bribery, or even murder. She got debate answers in advance. She had total control of corporate media. She had billions of dollars to buy her election.

Those who voted for Bernie Sanders were marginalized—their votes didn’t count for much. ‘Super delegates’ within Hillary’s power structure rigged the vote in her favor. Bernie Sanders meekly paid obeisance to Hillary and he was rewarded with a half million-dollar beachfront summer home. There were many who were rightfully outraged by the primary thefts and after Hillary lost to Trump it forced their party to make changes. The Super Delegates currently don’t have as much power and sway, but that could easily change should Hillary decide to run once again.

The Democrats won’t stop at the Electoral College.

They’re angry that small states have two senators—the same as very populous blue states. Why should North Dakota have two senators when they have a very small population? California has many times the people—shouldn’t they have more senators than just a measly two? Bill Maher has questioned this sort of thing repeatedly, along with the need to eliminate the Electoral College. It’s now become another steady drumbeat among Democrats. After all, they know big cities will generally cast ballots for Democrats. Big city folk tend to learn toward the left and socialism. A lot of peer pressure and political correctness in big cities help keep everyone in line and on the same page. It’s easier to sway them with propaganda. It’s easier to rig elections there with the help of illegal voting.

If the big blue cities get their way, their candidate for president will always win. The flyover red states will become irrelevant.  The presidents elected by big blue cities will help bring about the death of our Republic. The big city progressives will make sure that tent cities, drug addiction, and government addiction are spread throughout what’s left of the country.

To protect our Republic, we need to keep the Electoral College system intact. It’s a pillar that protects us from ‘Democracy,’ and socialism, which always ends in tyranny.