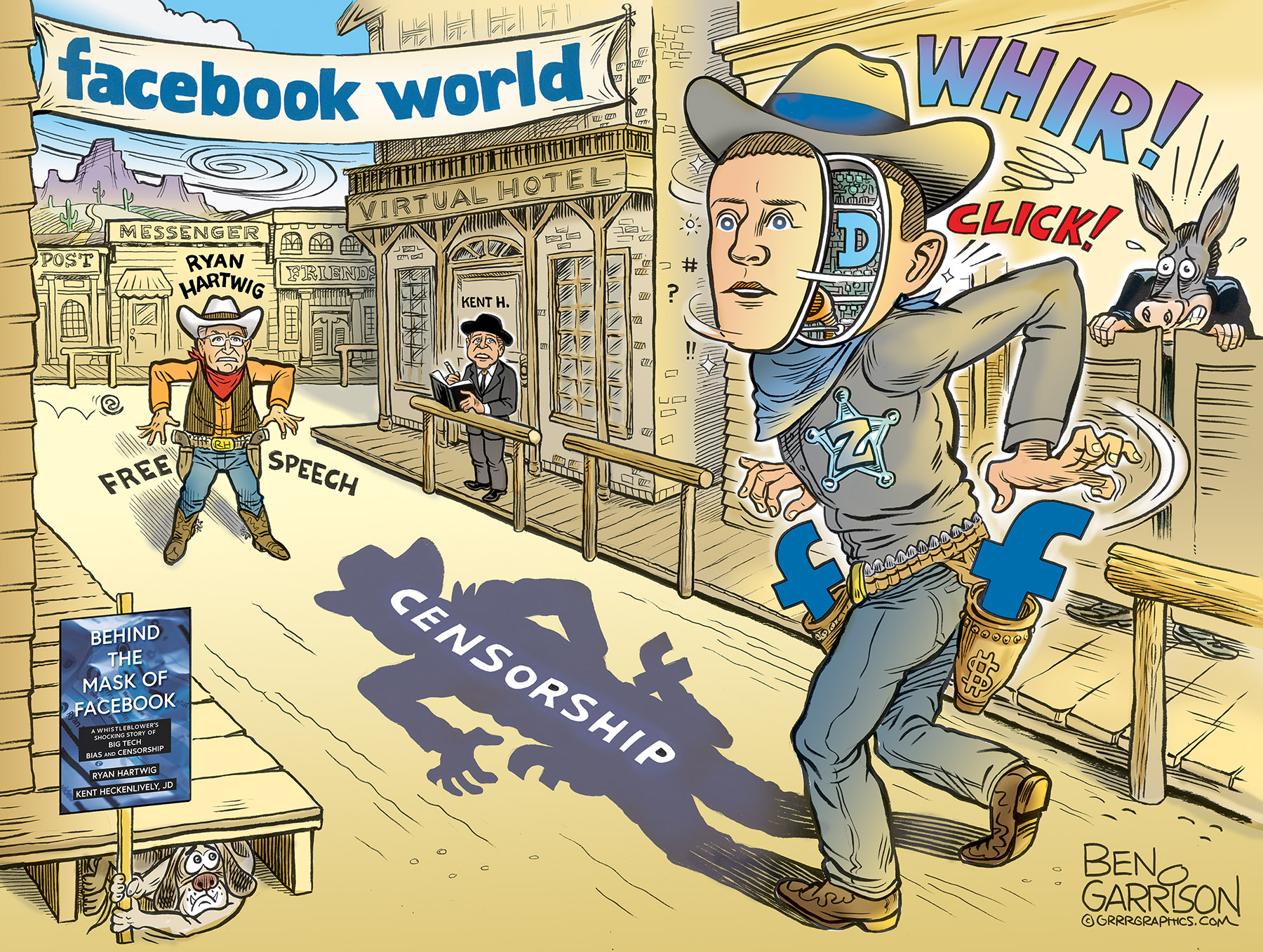 The Mask Has Slipped

It was a great honor to be asked by Ryan Hartwig to coauthor his book, Behind the Mask of Facebook.

As somebody who has written about corruption in Big Pharma and Big Tech one begins to have a sense of how great institutions find themselves drifting into corruption. I do not consider this to be a right vs. left debate, but essentially one between secrecy and transparency. In many ways I believe Fox News has become as corrupted as CNN, just as Republicans have become as complicit as the Democrats in supporting the corporate Deep State. Witness the twenty years of lies about Afghanistan told by both Republican and Democratic administrations and we can see how hollow our political discourse has become. Afghanistan fell to the Taliban in eleven days. It is a mistake to equate size with strength.

As I got into Ryan’s story I saw how many of Facebook’s initial aims were laudable. They wanted to keep images of cartel violence off the platform, as the drug cartels were using such images to terrify the local populations. Similarly, Facebook wanted to keep pornography and child exploitation off the platform. And there is always the challenging question of dealing with the relative freedom of the internet for people to engage in being their very worst selves. And yet, given the creep of this new intolerance of the part of the political left to avoid challenging ideas, it was perhaps inevitable that Facebook would try to tilt the political scales towards their preferred outcome.

We would do well to consider the character of Facebook founder, Mark Zuckerberg, who originally created Facebook to rank the attractiveness of the female students at Harvard University. All of us have our flaws, which is why we try to democratize our actions and invite opposing views to make sure we do not go too far astray. “With great power comes great responsibility,” is a line from a superhero movie, but it is relevant to all our lives.

I love the cartoon Ben has drawn as I believe it accurately depicts the high stakes of our current battle between internet freedom and oppression. It is my hope that this cartoon and book causes a reassessment in the hearts and minds of the Facebook executive team, holding up a mirror to the tyrants they have become.

A Little Horse Sense, Ivermectin A Safe Drug For Covid

The Spirit Of Darkness 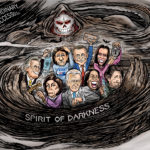 Biden’s Got Your Back Taiwan 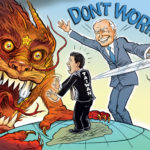 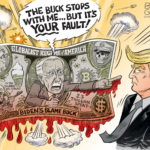 Biden Asleep At The Wheel 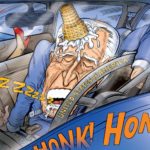