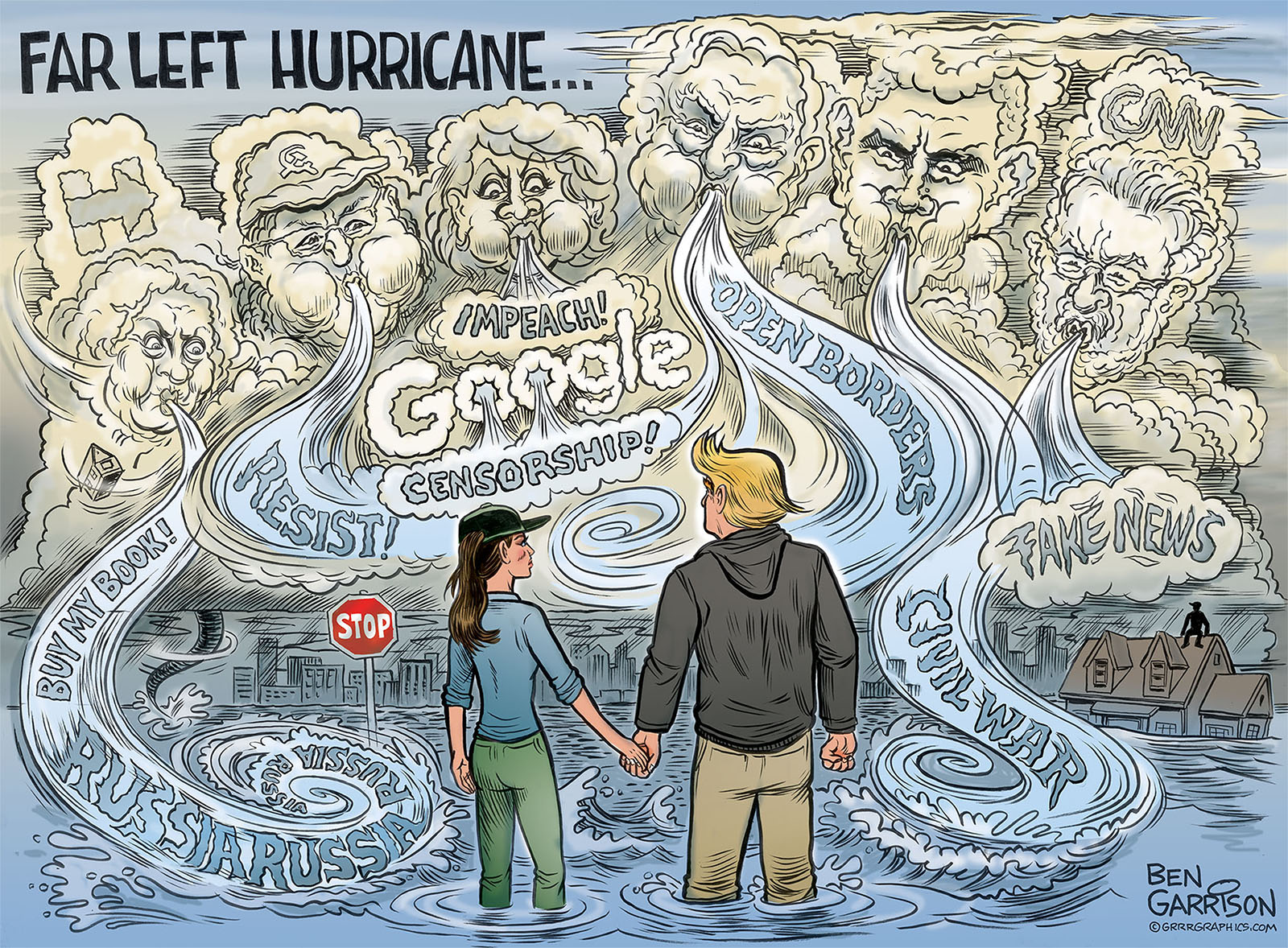 Storm clouds continue to gather on many fronts. There’s a nut job in North Korea with advanced nuclear weapons as well as the ballistic missiles to carry them. His continued saber rattling includes blowing up Guam and an EMP strike on America. The lefties criticize President Trump for speaking out against such bellicosity. Other presidents previously tried to buy off North Korea. The Clinton administration sent former president Jimmy Carter to cut a deal with the hermit state. We ended up giving them $5 billion in aid as well as two nuclear reactors. In return, North Korea agreed to stop pursuing nuclear weapons. We know how well that worked out. Recently the well-aged but still unctuously sanctimonious Carter criticized Trump for not pursuing peace.

Obama kicked the North Korean can down the road, but he maliciously aided Iran by giving them billions of dollars to further their nuclear weapons development. Iran wants to blow up Israel and the muslim Obama apparently likes that idea. The former president also helped muslim terrorists. It’s a familiar lefty pattern. Reward those who hate America and our allies.

There’s another hurricane brewing in the Atlantic even as flooding persists in Houston. President Trump handled himself admirably during the disaster, but still garnered no respect from the left-leaning legacy media. They criticized Trump for donating one million of his own money to help hurricane victims. They even made fun of Melania’s choice of footwear. Hillary and her mainstream media continue to push the ‘Russia’ lie without any evidence whatsoever. Clinton is also cashing in on her election loss with a book in which she whines about Trump ‘looming’ during a debate. The vile, lying money-grubber even has the unmitigated gall to ask over $2,000 per individual greeting on her book tour.

The far left lunatics possess the sound and fury of a category 5 hurricane. They gladly welcome America’s destruction because they foolishly want our Constitutional Republic replaced with their idea of a multi-cultural post-modern globalist, socialist, and politically correct utopia. Let’s hope President Trump can ride out their storm.

Click Here to Make a One Time Donation to Help Keep GrrrGraphics Online and fighting for our Republic!