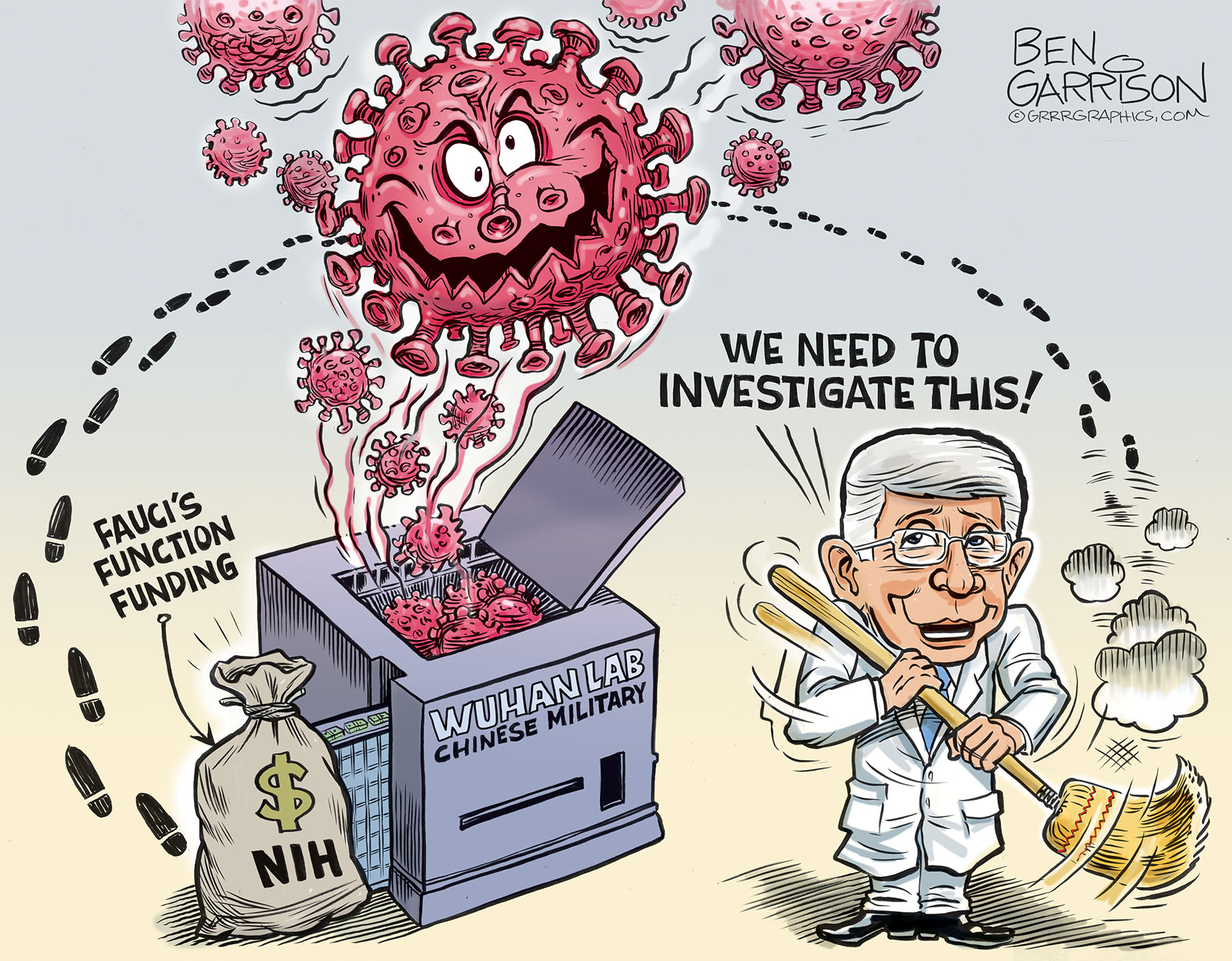 Fauci Tries To Cover His Tracks

The waffling Dr. Fauci once claimed COVID-19 originated naturally. Now he’s saying it could have been concocted in a bioweapons lab in Wuhan, China.

It was Fauci who led his National Institute of Health. He ordered grant money be given to the Wuhan Lab through an intermediary, Ecohealth. US taxpayer money was sent to the Wuhan lab to assist them in gaining function in the virus that became COVID-19. That’s what they did at the lab. They were figuring out ways to make viruses more contagious and dangerous. The money was sent to China despite a moratorium against such dangerous research and despite the fact that the communist party there has been interested in developing biowarfare techniques to use against the United States.

Want to see the Newest Cartoons before anyone else? Join us at Patreon for an Early Look at Cartoons! You can help support Ben and Tina’s fight to help SAVE America!  A monthly donation keeps cartoons online! Thank you and Click to visit!

The mainstream corporate journalists shamefully did not investigate the origins of the virus. They simply accepted the word of a stooge such as Dr. Fauci, who has smilingly played his role as the resident expert in science. Fauci enjoys the limelight, but his science is suspect. He claimed masks did not work. Then he recommended they be worn, even though science proved they cannot prevent the virus. Then he recommended two masks. Then Rand Paul challenged him and he went back to saying masks did not work.

What a difference a Rand Paul makes!

Why has Dr. Fauci changed his tune about the origin of the coronavirus? Perhaps because he has carefully covered his tracks in advance. Others will be assigned the blame. If the virus did escape from Wuhan, then their safety protocols were severely lax. Why? Perhaps the Chicoms ordered the release and infection that spread around the world. This enabled the Socialist Democrats to steal the election through mail-in ballot fraud. President Trump stood up to the Chinese, and he had to go. The communist party in China preferred Joe Biden and they bought him and his son out in advance. This is the sort of thing journalists should be investigating. Instead, the corporate media regurgitates whatever the CIA, corrupt government, and globalist oligarchy tells them.

Dr. Fauci should be thrown under the bus along with his ally, Bill Gates. Both should be tried for crimes against humanity. Instead, they will use their money and influence to remain above the law. Some lower-level stooge will take the fall.