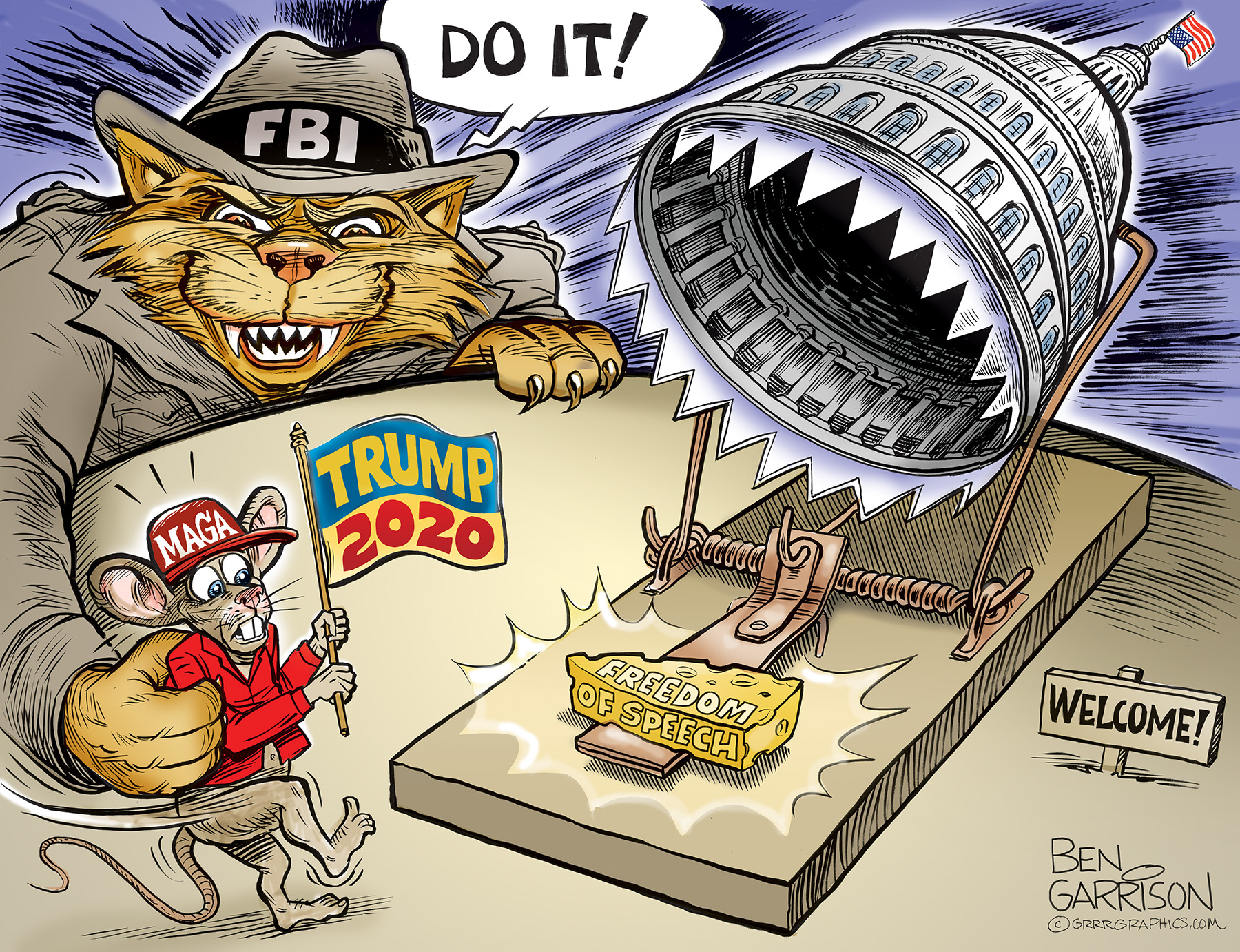 FBI creates the crime and sets the trap

I once drew a caricature cartoon for Darren Beattie, the CEO of “Revolver News.” I’ve not conversed with a more brilliant young man. His site is exposing the FBI’s involvement with the so called capitol ‘insurrection’ of January 6. It was not an insurrection. It was a protest. An insurrection requires the protestors be armed and they weren’t. In fact, one of the unarmed protesters was Ashli Babbitt. She was murdered by an officer who had spoken out on social media against Trump and his followers. He wasn’t charged, and the corporate legacy media quickly went into lockstep and exonerated him.

We know the FBI routinely attempts to infiltrate groups that they see as potentially dangerous. They arrested many in a group in Michigan that wanted to kidnap Governor Whitmer. The FBI, by means of informants and undercover agents, compromises any group that might stand up against government tyranny by persuading them to perpetrate acts of violence. Even groups that speak out against violence are targeted. This includes the “Oath Keepers” and “Proud Boys.”  In other words, the FBI foments the very violence they are trying to prevent in order to carry out arrests and justify their jobs.

I think the Capitol protest was a set up so government tyrants such as Nancy Pelosi and Joe Biden could rail against ‘white supremacists.’ They’re now shamelessly labeling Trump supporters as ’terrorists.’

Snowden warned us about the politicization of the security agencies and their abuse of power. The CIA, NSA, and FBI should be held accountable for their crimes, but of course that won’t happen. The mainstream media won’t do their job. Instead of investigating the security agencies they received talking points from them.

We suggest you bookmark Revolver.news, which is engaged in real journalism: 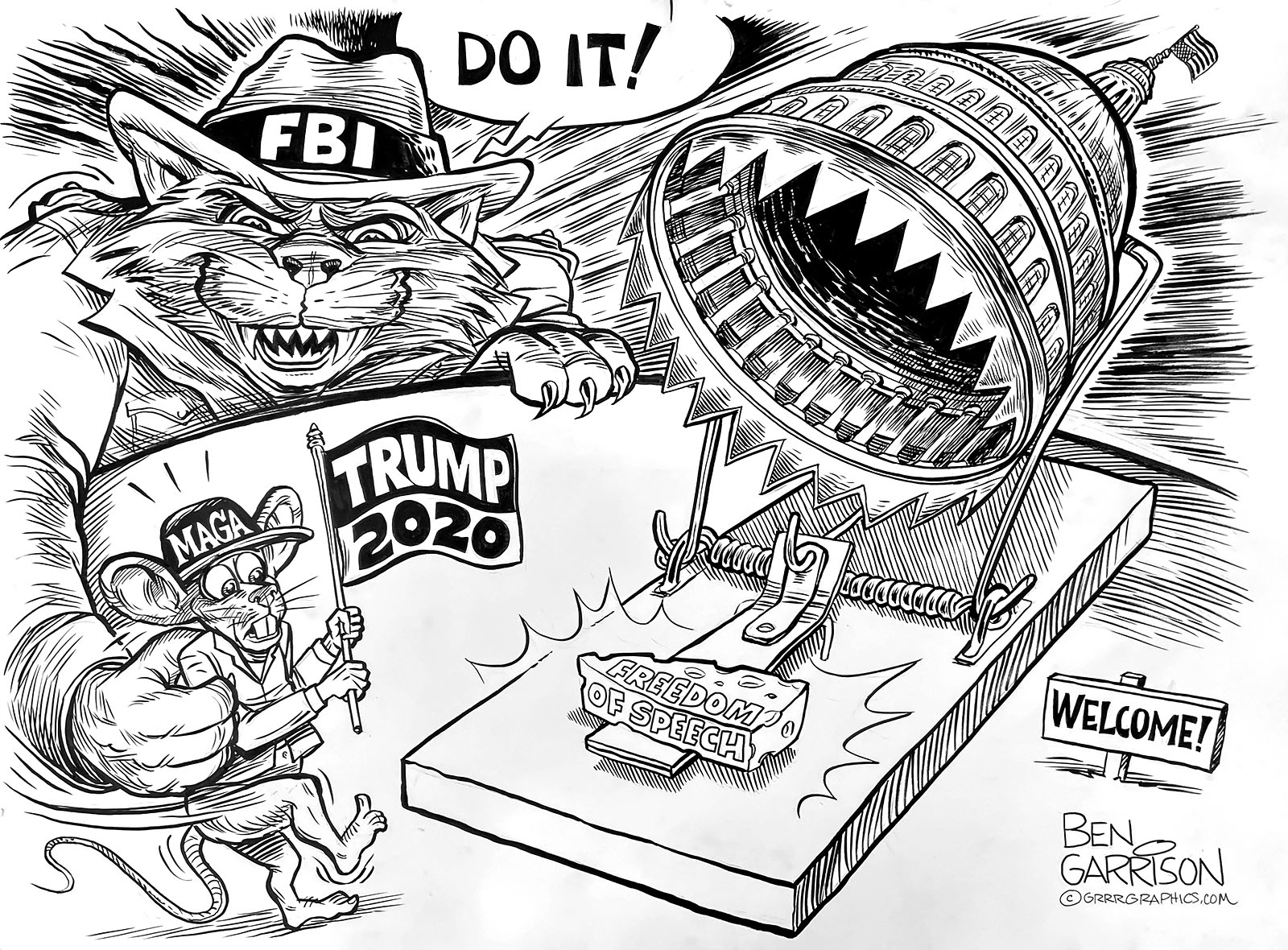