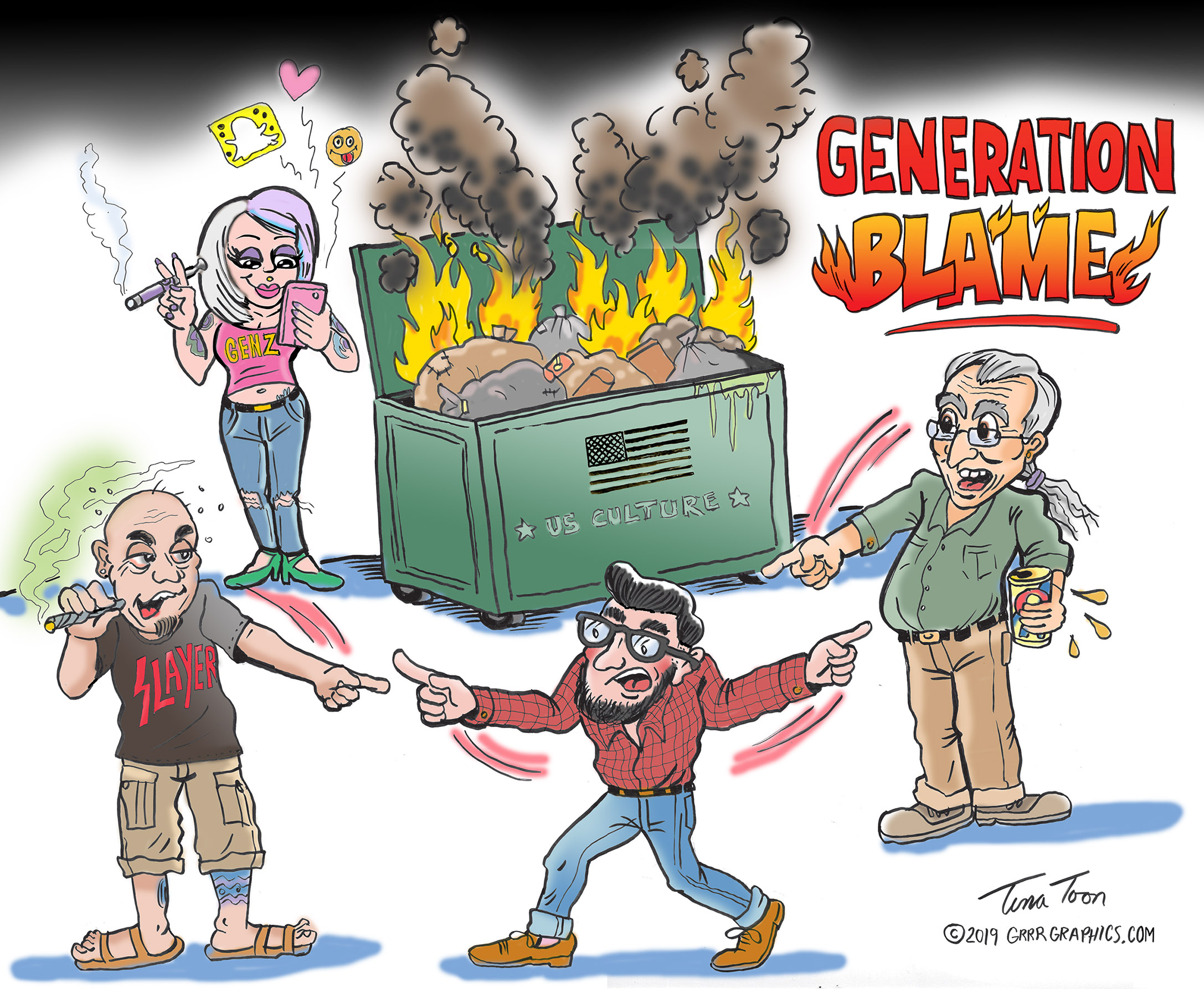 Generations Blame Each Other For Their Mistakes- Tina Toon

Millennials are egalitarian; they believe that immigration should be unfettered, including H1B Visa holders, who are crashing the US millennial wage and salary structure.  That is a pretty stupid position to take if you are trying to put your college debt behind you.

Corporate elites are taking full advantage of the progressive millennials mindset by insisting that the Country needs the cheap labor and that to deny entry to any immigrant would be racist–a term that every 35 and under person believes will lead to certain ostracism from their peer group.  Also, most millennials do not have a nationalist bone in their body and therefore they cannot generate the kind of energy necessary to bring about a change in public policies. Instead they are taking the lazy man’s path by demanding a more socialist government.

I hate to say it but Millennials were an experimental generation. And the experiment failed miserably.

They were the first generation that didn’t get spanked or reprimanded for bad behavior. They got participation trophies for everything without earning them. They were raised to be selfish and self centered. They were raised entirely on tv, video games, cell phones, social media, and the internet instead of fresh air, outside sports and socialization. They were fed nothing but processed GMO modified food filled with glyphosphate, soy, and BPA’s.

They cannot communicate with their fellow human beings. And they have absolutely no work ethic or appreciation for things that were built and created before they got here. None of them have any clue on how to repair or fix anything on a car, house, bicycle, etc.

Their entire education whether at home or high school or in college has been more of an indoctrination than an actual education in hard science, math, chemistry, engineering, history, and actual facts. Instead they are led to believe that pursuing a major in underwater transgendered basket weaving will somehow produce a career where they can actually make them money to pay their bills.

Their entire generation has been reduced and brainwashed to believe that all White men are toxic, rapists and misogynists. And they truly believe that they deserve everything provided to them by the government once their parents are done taking care of them. Women are raised on toxic feminism where instead of communicating with men, they automatically label everything they don’t like as harassment.

Worst of all, they have totally failed to grasp any concepts of patriotism, ethics, truth, honor or real sacrifice.

They think a cellphone makes them smarter than the rest of us and that anything can be done with an app.  That is their problem…their head is always looking DOWN at a cellphone and they never look up and see the real world.  There are millions of contextual clues happening all around you every minute.  Your brain can take many of them in and it forms a road map for life in many ways.  When you just stare at a 4 inch screen 14 hours a day you are missing the entire exercise of life.

Millennials Like to Blame the Boomer for Their Problems. Gen X likes to blame the Millennials and Generation Z can not pry themselves off their smart phones and Snapchat to even acknowledge what day it is.