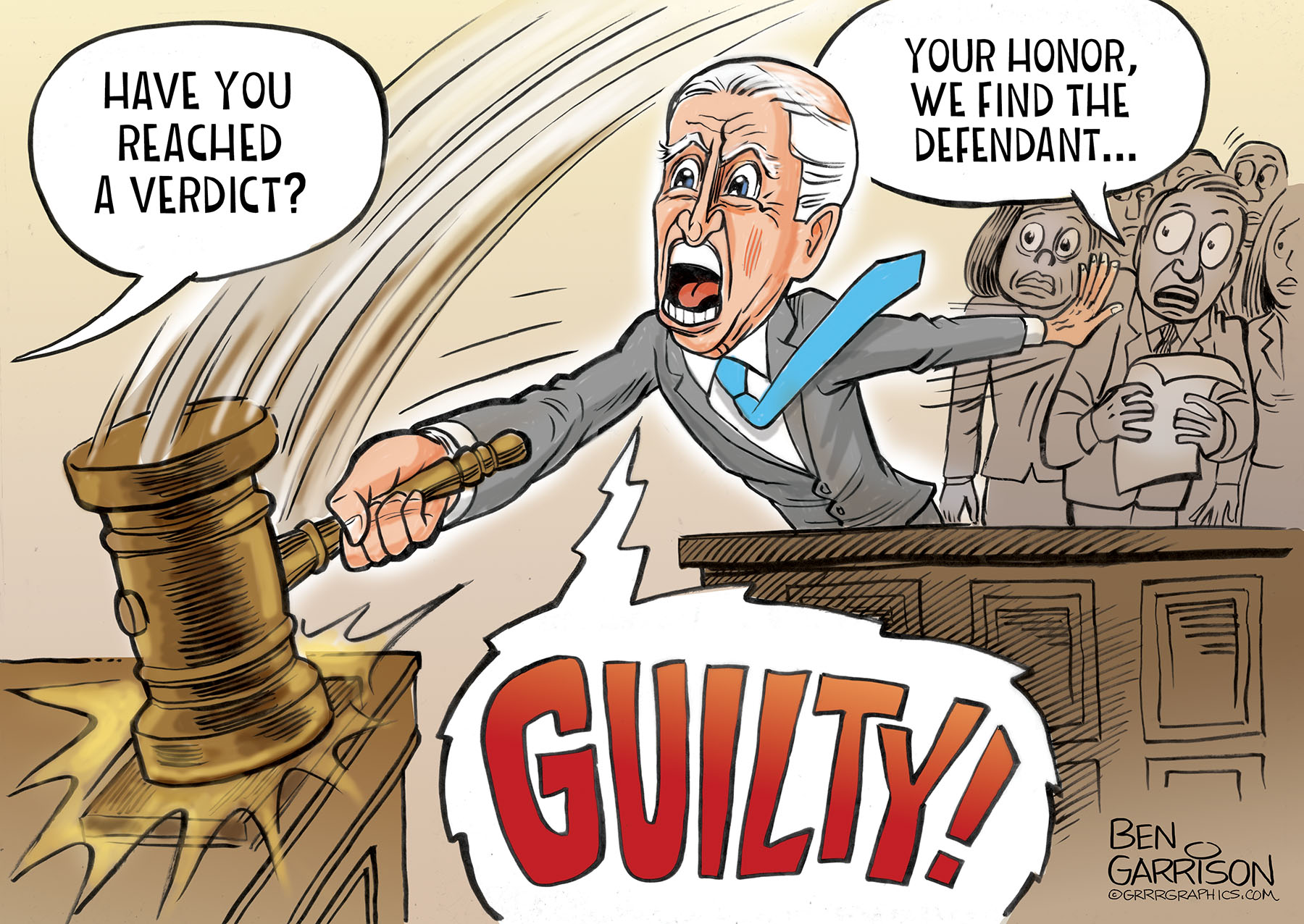 Calling this trial a kangaroo court is an insult to kangaroos

Police Officer Derek Chauvin was found guilty on all charges today. I am not an expert in legal matters, but being convicted of 2nd and 3rd degree murder as well as manslaughter all at once…well, aren’t these mutually exclusive? Why not convict him of assault and battery as well? I thought the three charges were arranged so the jury could pick and choose. They chose all three.

Did the jury convict out of fear? Did cultural Marxism and political correctness trump justice in this case? I think it did. The jury had been doxxed. Perhaps they feared their homes would be burned down. Perhaps they didn’t want resulting mass riots and possible death to weigh on their collective conscience. Maybe they saw the civil case in which the city awarded the family of George Floyd tens of millions of dollars. Usually civil cases come after criminal cases, but the city was eager to assuage the riotous anger. Officer Chauvin got caught in the middle.

I too thought Chauvin was guilty at first. The video was horrific. Yet he was doing a police maneuver taught by the city police department. Floyd resisted arrest and had 4x the toxic limit of Fentanyl in his system, along with other drugs. He had an enlarged heart. He complained he couldn’t breathe while in the squad car. The police officers didn’t know how doped up the very big and muscular Floyd was or how he might be suffering a genuine health emergency.

Then we had Mad Maxine Waters disgracefully yelling for violence if the verdict was not guilty.

Biden joined in with Waters in a shameful manner that should at very least cause a mistrial. Instead we got a kangaroo court. Political correctness triumphed over justice.

Update: Biden slurs his way through his address after the verdict….