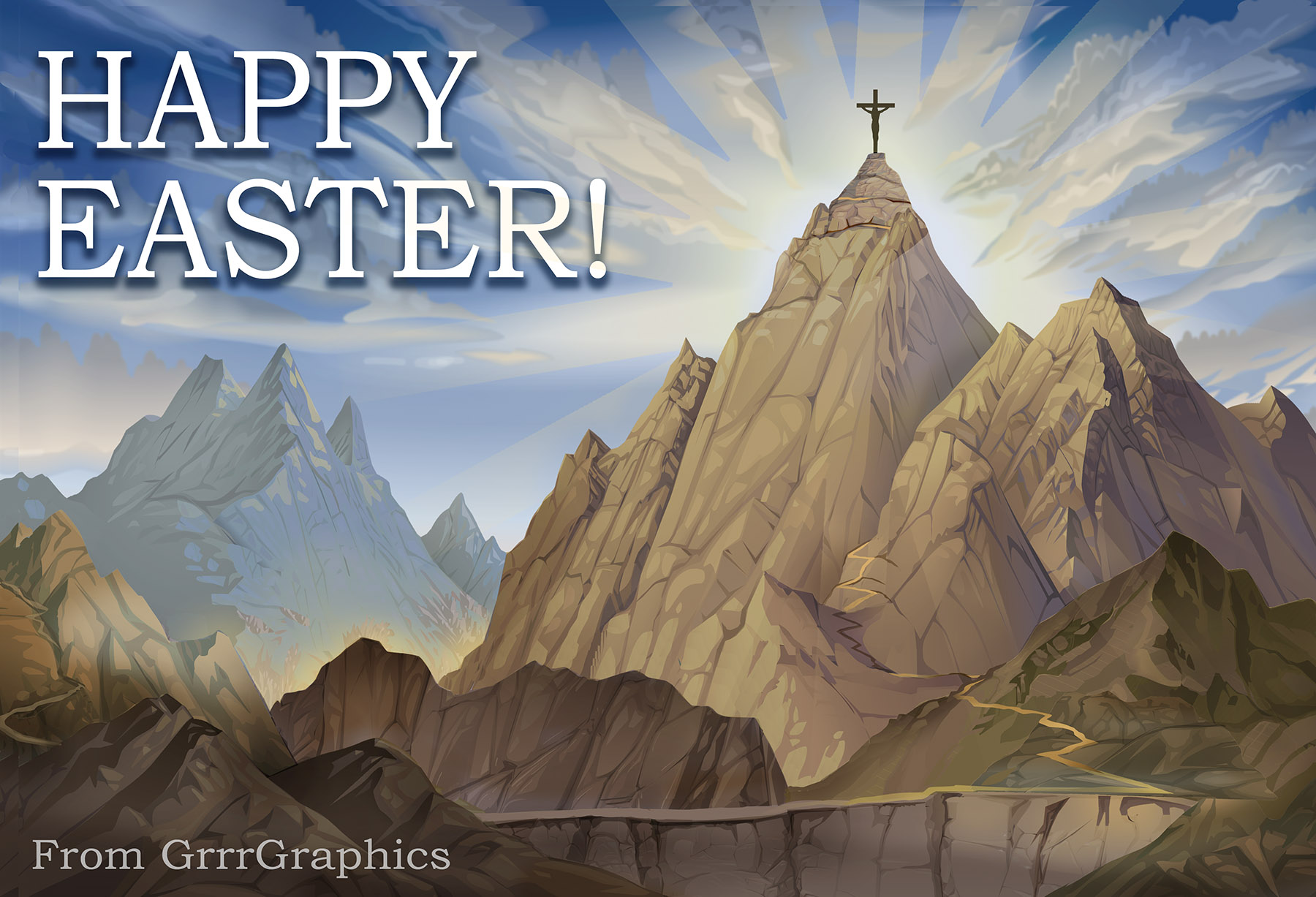 Happy Easter, He Has Risen

I wondered what it would be like if Jesus were crucified today instead of nearly 2,000 years ago. Unlike Pontius Pilate, the satanic cabal that makes up today’s globalist-minded tyrants certainly wouldn’t hesitate to order it. It occurred to me that Jesus would not have to drag his heavy cross to a hillock known as Golgotha (also known as Calvary), but rather it would be a much longer journey. Maybe up to a mountain peak—if such cross dragging was commensurate with all the extra sinning that has since taken place. So I drew this illustration to show it.

Nowadays everything is corrupt. Our once great nation that began with the best intentions for freedom and liberty has degraded into a grotesque carnival of greed, degeneracy, lies, and corruption. Our presidential election was stolen. Our corrupt courts did nothing to stop it. Corporate media are professional liars—mere propagandists. Our money system is completely dysfunctional and immoral. Christianity is under attack. Our education system wants to groom, er, teach young children about ‘trannies’ instead of reading, writing, and arithmetic. The latter is labeled ‘racist’ by ‘woke,’ and censorious crazy people. So-called patriotic conservatives are shouting for war. (It’s more patriotic to keep us out of foreign wars). Our cities have become filthy, crime-ridden, drug-ridden homeless camps run by Marxist loons. Too many of our politicians are traitorous criminals. Murderers who claim to speak for science want to reduce the planet’s population by means of bioweapons and dangerous vaccines.

The challenges seem daunting but we are Americans and will face the challenge and succeed. Our unwavering faith sustains us.

But for today, on Easter Sunday, let’s enjoy some peace, sanity, and hope. Enjoy your family!