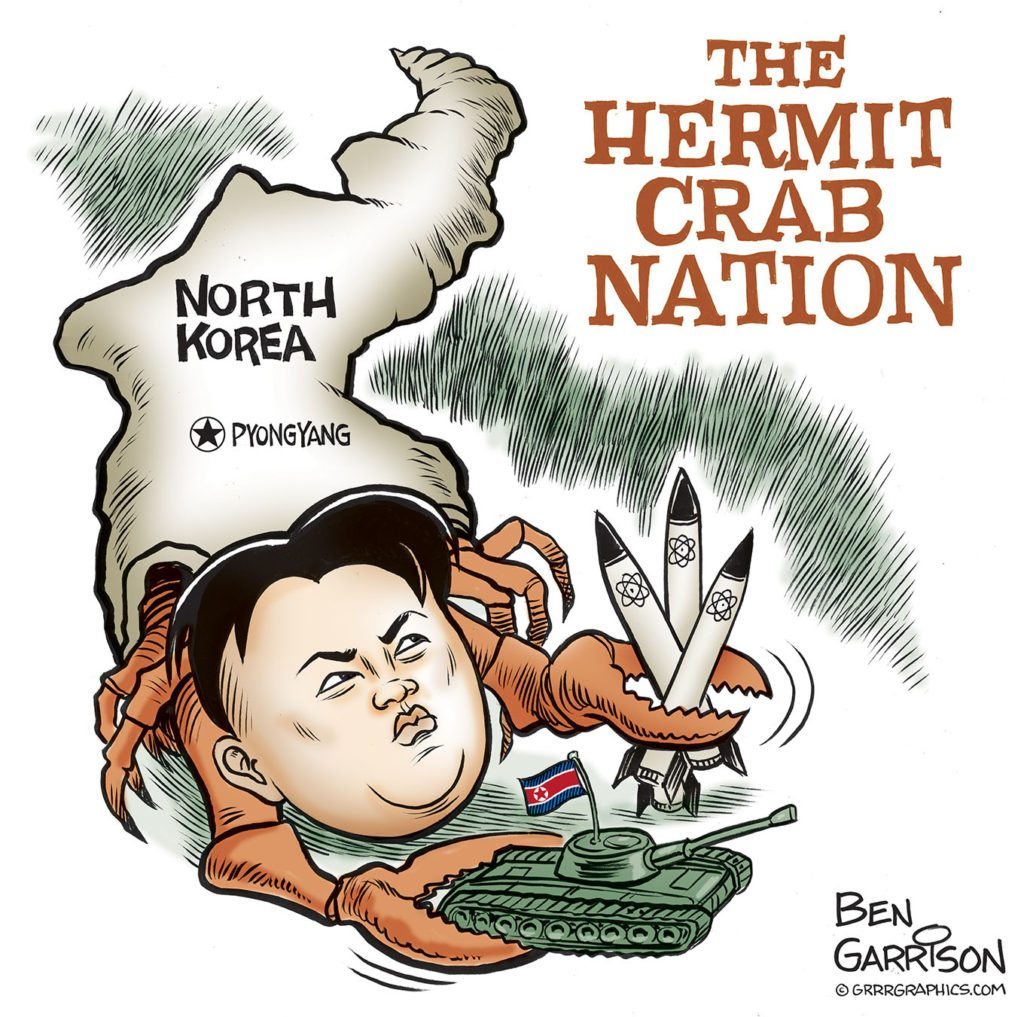 Here’s an idea I had for a cartoon that didn’t warrant a full-blown treatment. Instead, it’s more like an illustration. I kept hearing the phrase, “hermit state” to describe North Korea, so I decided to draw Kim Jong-un as a hermit crab.

China seems to be using the hermit state as a means to annoy and probe the weaknesses of the US and its allies. Kim Jong-un continues to violate all past agreements and advance his ballistic and nuclear capabilities. There is no negotiating with him. No agreement with the ‘norks’ can be trusted.

Kim Jong-un must know he and his country will be utterly obliterated should they launch a nuclear attack, but they will also cause millions of death in South Korea in a matter of minutes. It’s an untenable, no-win situation. All we can do is endure the hermit crab’s incessant saber rattling, but the ultimate responsibility for the madman’s actions lies with China.