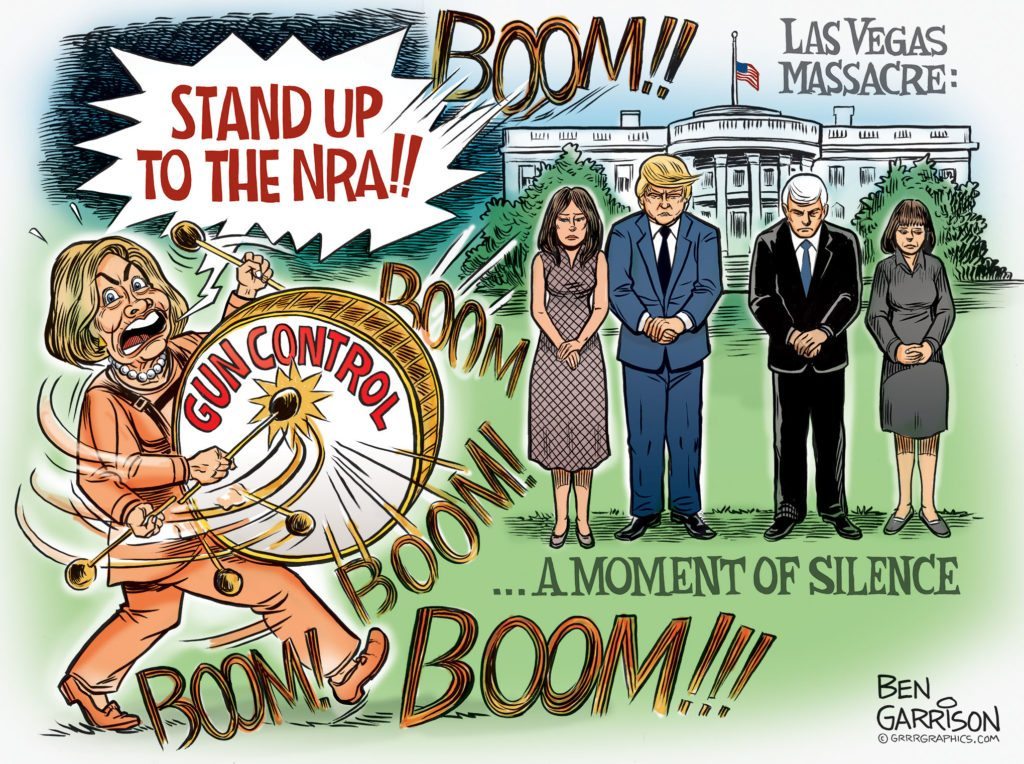 “Imagine the deaths if the shooter had a silencer, which the NRA wants to make easier to get.” —Hillary Clinton

This was Hillary’s ignorant and insensitive reaction to the massacre in Las Vegas. She immediately began banging her gun control drum while attacking the NRA, which had nothing to do with it.

The Las Vegas shooting is the deadliest mass shooting in modern US history, (aside from the 700 killed in Chicago in 2016). Many questions remain. Why did the shooter suddenly snap? He was peacefully retired and well-off. He was a hard core gambler and often won. He had no military experience and knew nothing about such weapons. He gave no sign or reasons for the shooting.

Some witnesses claim there were multiple shooters. Why were there so many weapons in his room? He couldn’t possibly use them all. Did he convert to Islam recently? It seems unlikely. That religion instructs jihadis to go out in a blaze of glory, not commit suicide. We will get the answers over time—or not.

President Trump conducted a moment of silence at the White House while Hillary talked about silencers. Obviously she is trying to stay relevant and heard because she probably plans on running for president yet again. What most Americans want to hear from her is silence.

We at grrrgraphics.com would like to extend our sincere sympathy to the victims of this cowardly act of mass murder.