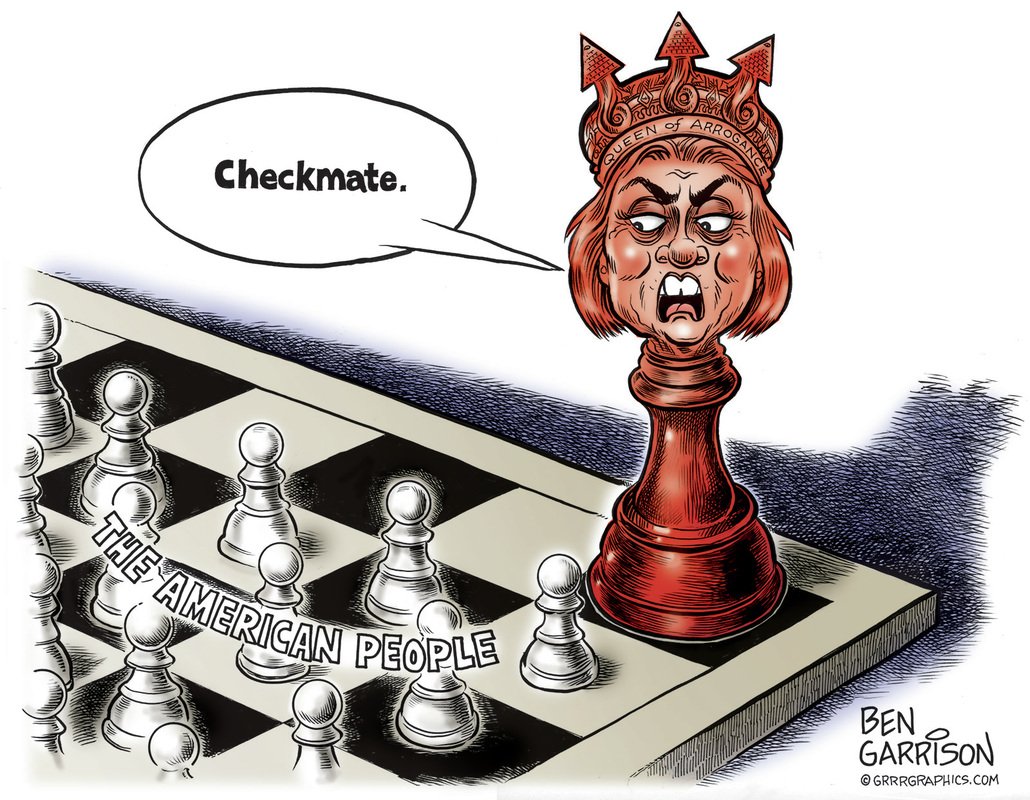 New cartoon “Checkmate”
Hillary Clinton has accomplished what the Clintons have always done for decades—she’s wriggled out of still yet another scandal. What would send any mere citizen to jail…well, she gets a pass. She’s ‘historic,’ after all. You just have to vote for her—you don’t want to be called a ’sexist’ do you?
Hillary defended a child rapist and laughed when she prevailed in the case. She cackled with glee when she murdered Gaddafi, and destabilized the region. She attacked her husband sexual assault victims with a vengeance. She receives millions from Saudi Arabia—a country that abuses women and gays. She was apathetic about Benghazi. She’s a warmonger. Once she’s elected, she’ll come after the guns. It’s starting to look like the game is already rigged in her favor. What the elite wants, the elite gets.
Queen Hillary will use the massive fortune the Clintons illegally acquired to buy more influence and media voice. CNN, the ‘Clinton News Network’ as well as most of the other bought-out media will continue to gob lipstick on the pig. Bill will continue to jump around the board and make a crooked moves in her support—a knight helping his queen.
Whether from the left or right, people are fed up with the Clintons and their corruption. They both belong in prison, but the Clintons will continue to checkmate the American People until we learn who really runs the game—it ain’t us.