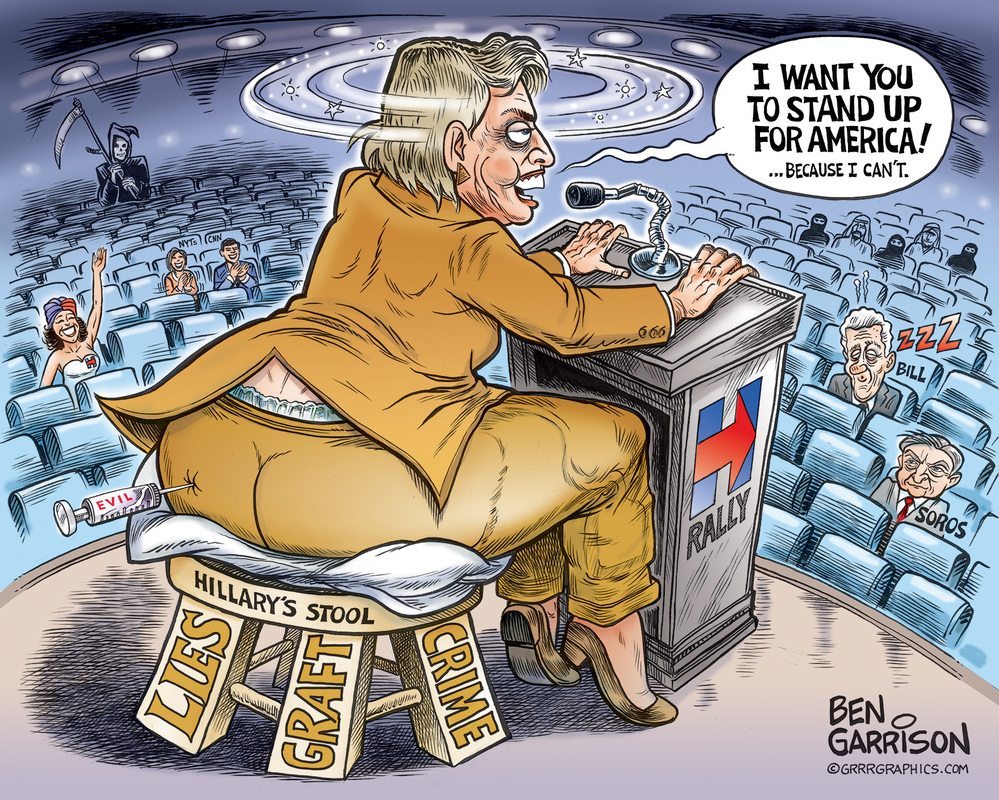 Hillary Clinton has serious health problems. She needs stools and pillows at hand constantly. She wants to debate Trump sitting down. She may be wearing adult diapers as well as a catheter bag. She may have the onset of dementia. It appears she has recurring seizures. She needs long bathroom breaks. She needs a lot of rest.

Trump is getting 10x the people at his rallies that Hillary is getting at hers. Few like her. Most despise her—even progressives.
​
Therefore, she’s probably making sure the polls are rigged. She will probably rig the election, too. After all, she likes rigging things in her favor. She had the DNC rig things in her favor and against Bernie. Let’s see if she tries this tactic again. If the lying criminal traitor Hillary Clinton gets away with it, it may be time for a revolution.