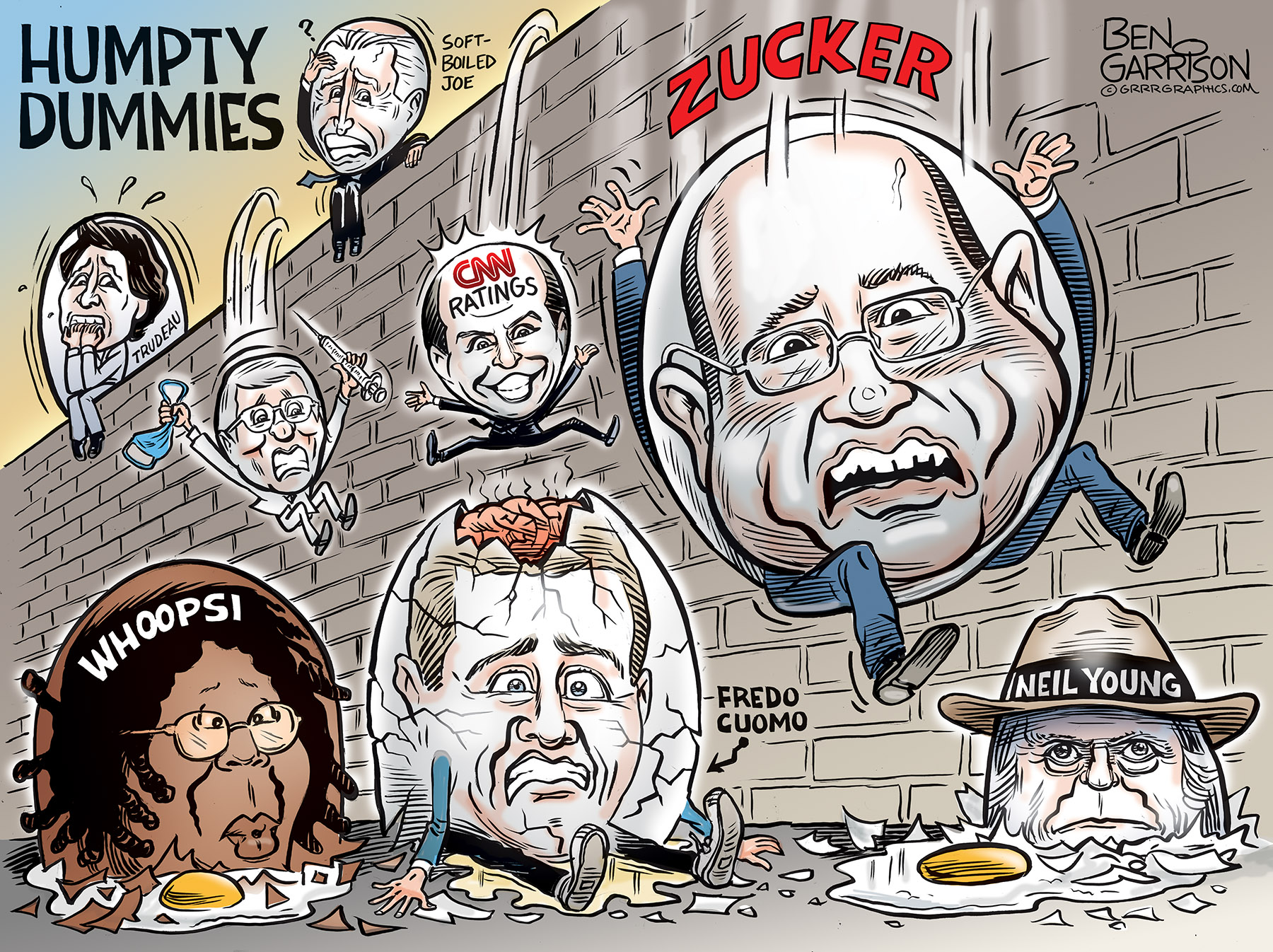 Humpty Dummies sat on a wall.

Humpty Dummies had a great fall.

All the propaganda and the fake news men,

Couldn’t put the Dummies together again.

Another Dummy hit the ground hard. CNN’s Jeff Zucker resigned “unexpectedly” shocking the Fake News community. With CNN’s ratings making a bore hold through the earth and headed towards China, we think this is the real reason Zucker was forced to resign. It seems “Orange Man Bad” wasn’t much of a business model.

The reason given (cover up) for Zucker’s departure was a not-so secret affair with Allison Gollust, the chief marketing officer for CNN. Bad egg Chris Cuomo was fired by CNN and he was accused of trying to “burn the place down” in revenge by exposing Zucker, but ‘Fredo’ isn’t smart enough to do that. No worries though, Fredo. CNN is doing a great job of “burning the whole place down” all by itself.

Another recent “crack up” was due to the stupidity of Whoopi Goldberg. Whoopi is one of those annoying hosts of “The View” and she enjoys spouting off her opinions on every imaginable subject. “Whoopi” turned into “Whoops!” when she decided to tell the world that the holocaust was NOT based on race.

Hitler called and wants to disagree.

She apologized and normally all would be forgiven, but she’s part of the ‘cancel culture’ and she ended up canceling herself. She has been suspended from her own show for two weeks. According to sources she is livid and threatening to quit ‘The View.’ We can only hope.

Cuomo, Zucker and Whoopi are gone. Can Brian Stelter (aka mini-Zucker) be far behind?

Meanwhile, rolling around in the dirt with egg on his face is Neil Young, a thoroughly washed up 60’s musician. Young gave Spotify an ultimatum. “Either podcaster Joe Rogen goes or I do.” Congrats Neil, you canceled yourself. Oh—and by the way…Who’s Neil Young?

Fauci (never call him ‘Dr.’) has already seen his reputation fall precipitously. Now it’s time for the egg-headed so-called ’scientist’ to fall directly into prison. Or better yet, he needs to fall due to a sprung scaffold hatch below his feet.

We expect to see more Humpty Dummies teetering on the brink of the wall. Biden and Trudeau in particular need to fall.

Let’s see who falls next.

Order your signed print of this cartoon, click to order yours! 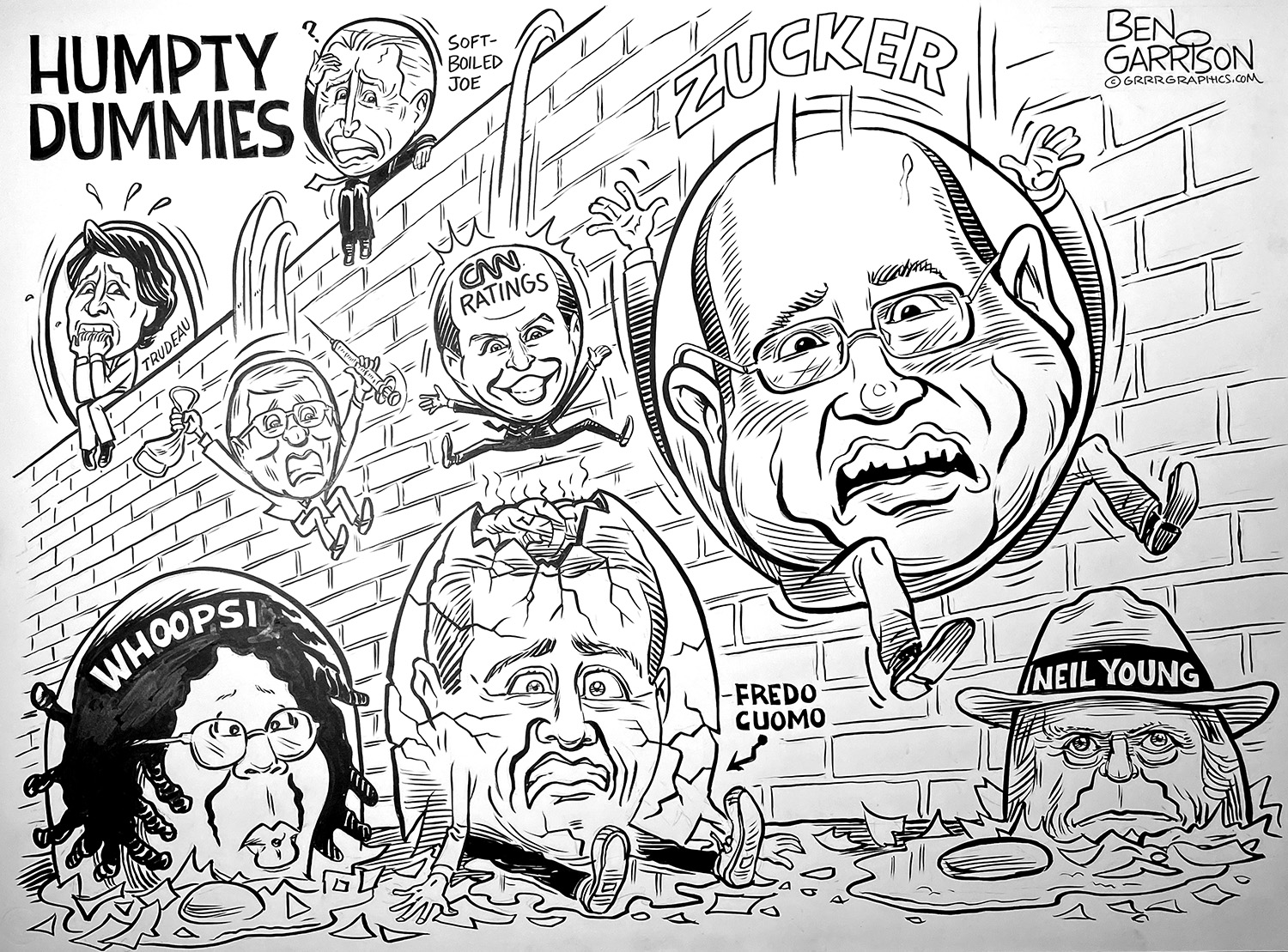