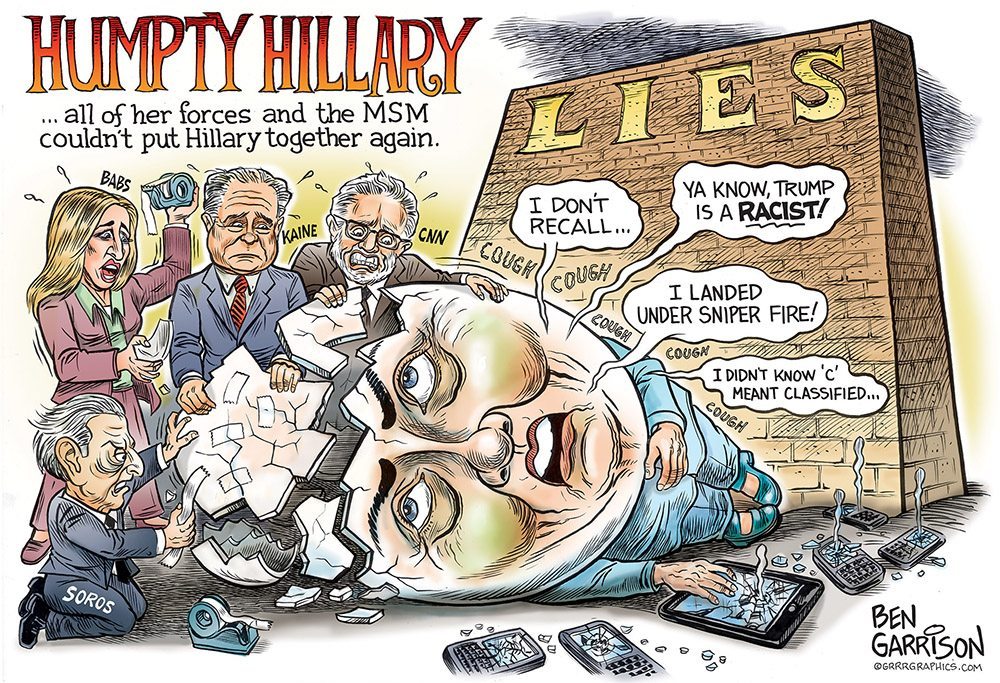 Humpty Hillary has had a great fall. Many of them. She passed out and got a concussion that resulted in a blood clot and many other health issues.(Seizures? Parkinson’s? dementia?) She’s also falling in the polls. She has obvious health problems that she is unable to keep hidden.

She has ethics and criminal problems. She claims she couldn’t remember deleting her email due to her concussion. It’s now been revealed that she smashed an iPad and Blackberries with a hammer. To hide evidence, of course. That in and of itself is criminal. Alas, she’s above the law. All of this disqualifies her from being the president.

She’s an ill criminal who is unfit for the presidency.

As her allies try to keep her together, she is falling apart before our eyes.