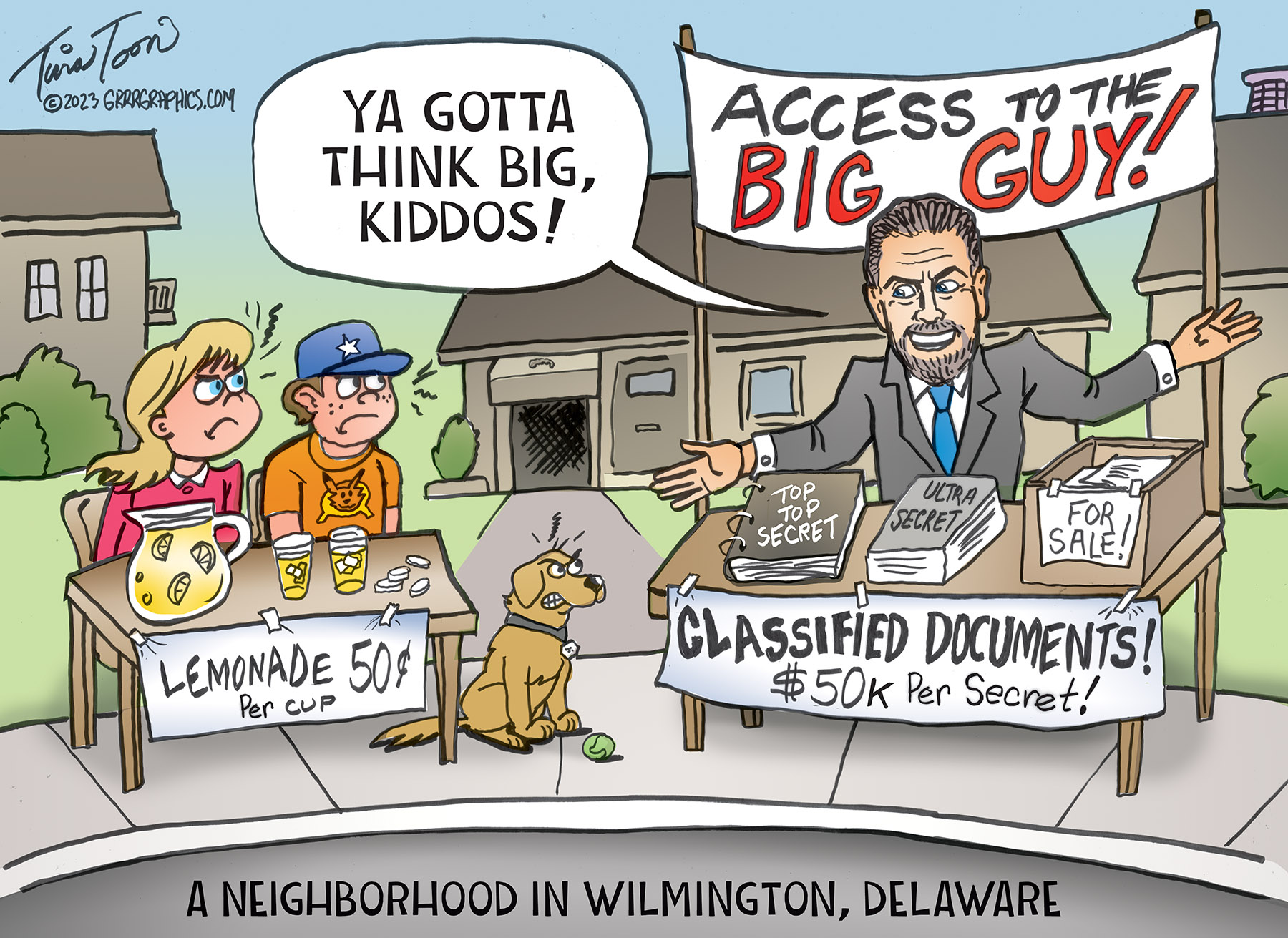 Would you trust Hunter Biden with your garage door opener?

Hunter Biden’s driver’s license declares his dad’s address (Wilmington, Delaware) as his legal residence. Therefore, Hunter had access to Joe’s home and his allegedly ‘locked’ garage. Also there are reports coming out that Hunter was renting the house from the ‘Big Guy’ for $49,910.00 a month. Smells a bit fishy to me. Looks like an easy way Hunter can launder money back to Joe from Ukraine.  We have come to expect the worst from the Biden Crime Family and they always deliver.

In response, Biden turned his back on reporters and fled the premises.

Garage-Gate may have been carefully crafted in case the Democrat ruling elite had to force Biden into resignation. They seem to have implemented that option.

China Joe is hated by Americans on both the left and right. The ‘Big Guy’ is a grifter and puppet. He has been propped up and used by the Deep State. Now Joe’s usefulness is at an end. Obama and the rest of the puppet masters want Joe to bow out. They know he is extremely unpopular with the Democrat voters. They do not want Joe to run again, and it looks like Joe is being set up to take the fall like a puppet whose strings have been cut.

Both CNN and the Associated Press have turned on Biden.

Meanwhile, Hunter’s ‘laptop from hell’ looms large behind it all.