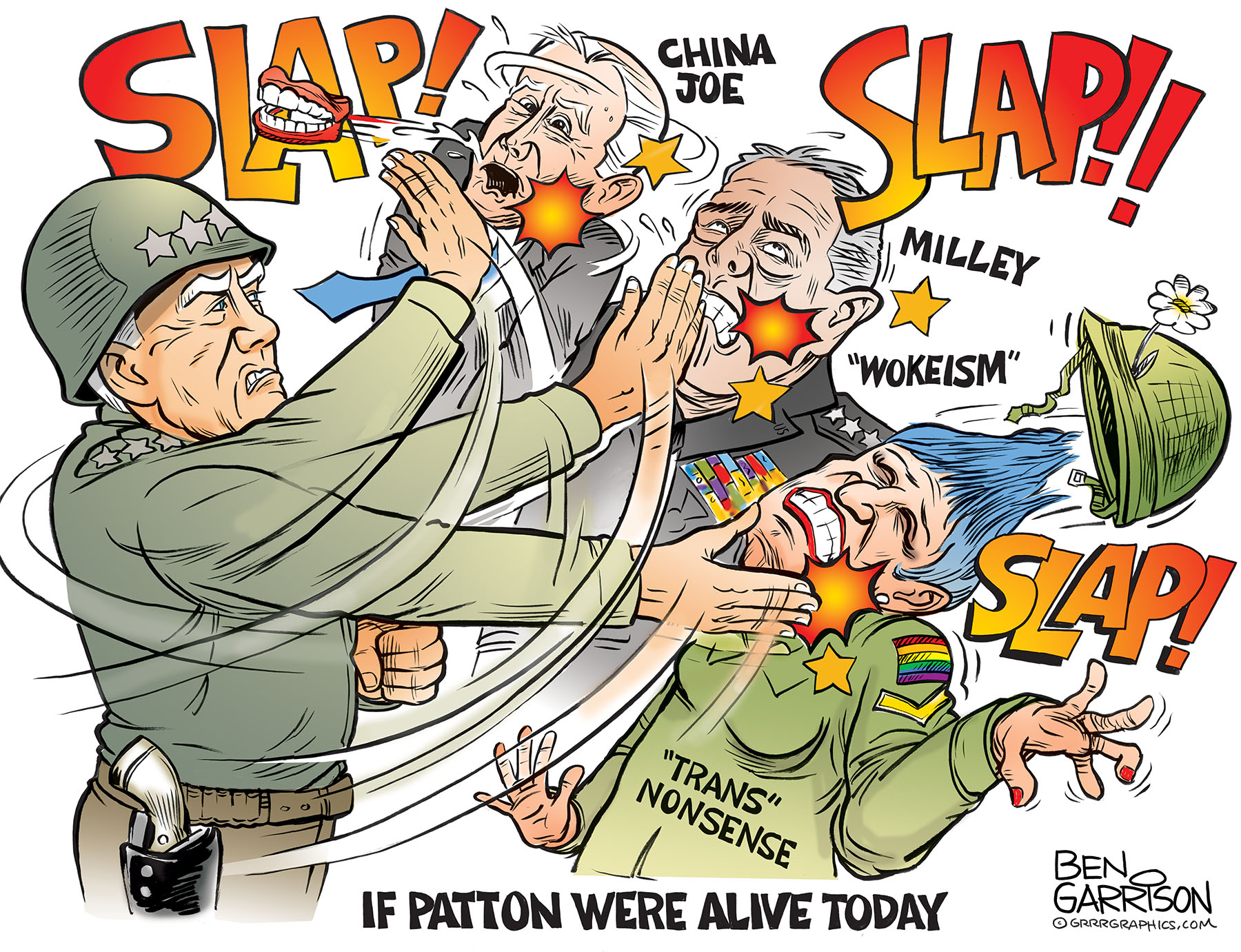 “If everybody is thinking alike, then somebody isn’t thinking.”  General Patton

Americans are losing trust in their military.

There is good reason for this. The withdrawal from Afghanistan was disaster of unmitigated proportions. The US military left billions of dollars worth of military equipment behind to the Taliban and China. Many Americans and American allies were left behind. There was no apology from the top brass. Nobody was punished. The ultimate blame rests in Biden’s diapered lap and he simply took Afghanistan off of his things to care about list.

22% of Americans want Joe Biden to be Resident in 2024…take away 20 points and you will have the real number! support cartoons join us at Subscribestar!

Then we got news that General Milley was conducting secret phone calls with our adversaries in communist China. Milley didn’t trust President Trump and wanted to assure an enemy about our plans. Milley should be in Gitmo right now but Biden expressed confidence in his politicized general.

Then we began hearing plans to inject the poisonous and divisive Critical Race Theory into the military. Our fighting forces need unity, not race hatred. Gays are now accepted, but I remember when the policy was ‘don’t ask, don’t tell.’ That was probably the wisest policy, but now there’s talk about maternity gear for female pilots and toleration of ‘trans’ soldiers. The LGBQT flag was proudly displayed by our military in Afghanistan. Let’s hope the Taliban remembered to get the proper pronouns correct.

The fault with the declining faith in our military lies with the top brass and the current fake president. Biden wants to pay illegal aliens more than those who fought and died in Afghanistan. Most soldiers have good motives and are responsible, but they are underpaid and mistreated by their superiors. The fish rots at the head and Biden is that demented head.

I began to wonder what General Patton would think about our new military. I suspect he’d go into slap mode in a big hurry.