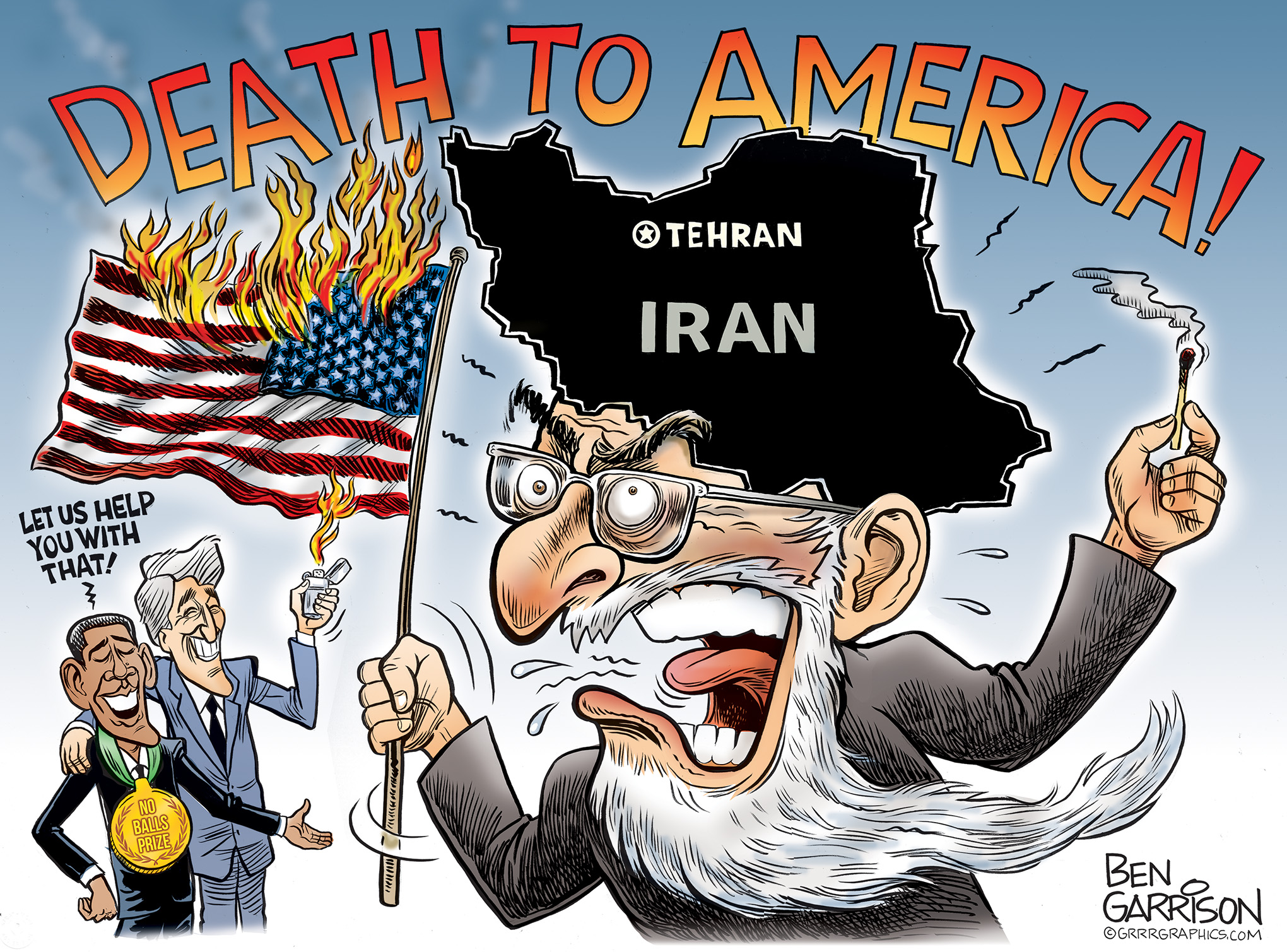 President Trump blasted John Kerry for having “illegal meetings” with members of the Iranian Regime and questioned whether the former secretary of state was registered under the Foreign Agents Registration Act.

“John Kerry had illegal meetings with the very hostile Iranian Regime, which can only serve to undercut our great work to the detriment of the American people. He told them to wait out the Trump Administration! Was he registered under the Foreign Agents Registration Act? BAD!” Trump tweeted Thursday night.

It seems like yesterday. The Iran hostage crisis was dragging on through 1980 and “Marg bar Carter, Marg bar Shah!” was a familiar chant heard from the Iranians. (“Death to Carter, death to Shah!) Now they’re back at it—threatening President Trump and burning American flags because Trump wants a better deal.

The Iran crisis may have cost Jimmy Carter his re-election. The sixty hostages were released hours before Ronald Reagan’s inauguration. Today, the continued blowback from Iran can be traced back to CIA meddling. They staged a coup in 1953, resulting in the ousting of Iran’s lawfully elected president.

Shah Mohammad Reza Pahlavi was installed and he helped modernize and secularize the country. The downside was he treated dissidents brutally. After the hostage crisis, the people demanded to be led by Ruhollah Khomeini, who established the theocracy Iran now endures. Dissidents are treated brutally. Religious police roam the streets and make sure people don’t listen to the wrong kind of music and dress properly. They beat women if they don’t wear headscarfs.

President Clinton sent Carter into the breach once again in 1994. He was sent to hammer out a deal with North Korea. The dictator Kim Il Sung was given $5 billion in aid and two brand new nuclear reactors to placate them and keep them from building nukes. The Norks immediately violated the treaty and developed the bomb anyway. They also worked with Iran to develop missile technology. Even the quasi-demented Nancy Pelosi got in on the act. She flew to North Korea in secret and provided them with classified data—and probably received a nice payoff for selling out her country.

Perhaps inspired by his fellow globalist appeaser (Clinton), Obama paid $400 million to the Iranian theocracy to release four hostages. Not only that, but Obama also forked over $1.5 billion to Iran in a so-called ‘deal’ that was to keep them from developing nuclear weapons. They developed them anyway.

President Trump has kept his campaign promise and withdrawn from the disastrous Iran Deal that Obama had made.

Terrorist countries like Iran will no longer hold America hostage. 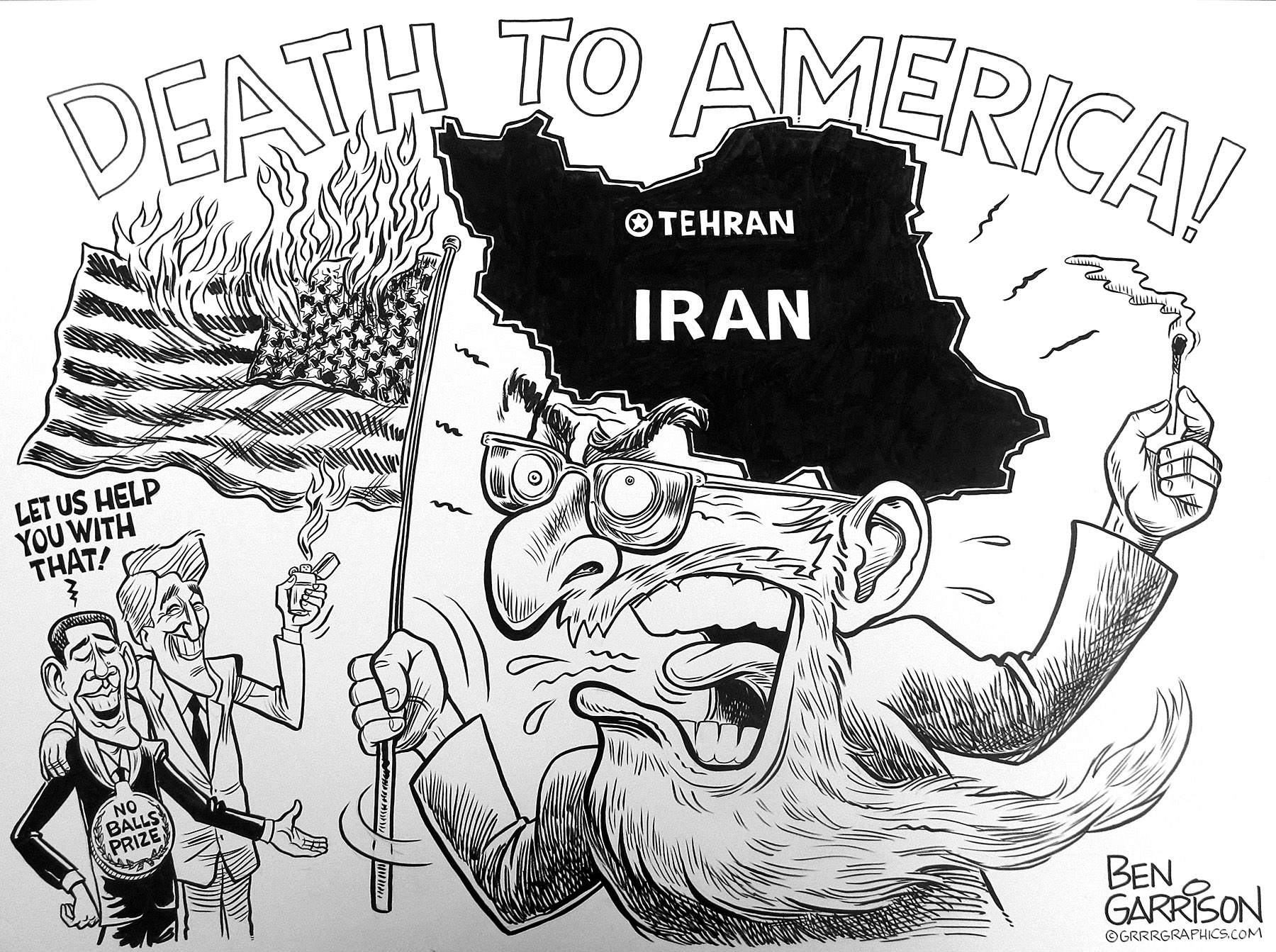 Click Here to Make a One Time Donation to Help Keep GrrrGraphics Online and fighting for our Republic!