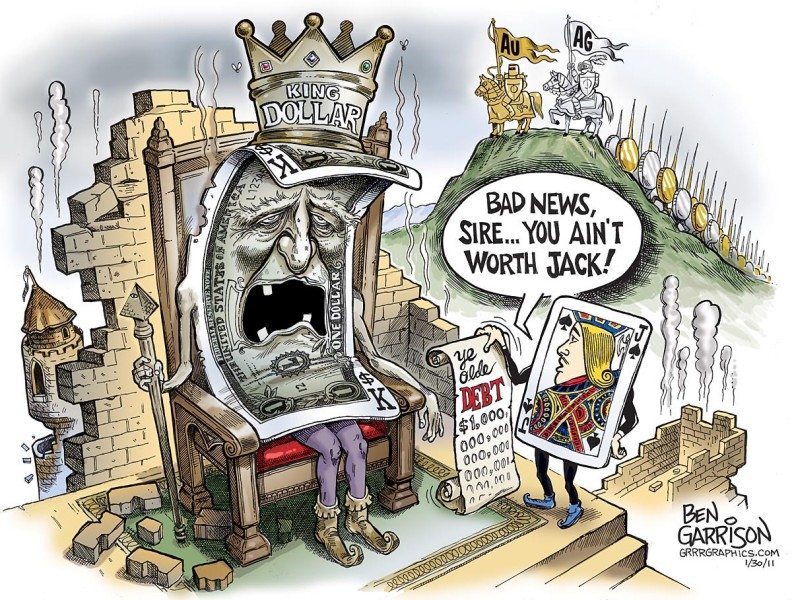 For years, I’ve heard the phrase “King Dollar.” Larry Kudlow has been shouting about it for years on CNBC. It is king because it’s the world’s reserve currency. All other countries must convert their currency into bucks before they can buy oil. That gives King Dollar a tremendous advantage, but if the dollar ever loses its oil peg, it could collapse very quickly. And with what’s going on in the mideast, that could happen sooner than later. From all I’ve been reading, QE3 will be coming up this year, too. Despite deflation for most of us due to lack of work, the elite banks and corporations will continue to receive Ben Bernanke’s fire hose of stimulus money. Unfortunately all that money does is perpetuate the domination of the corruption at the very top. The rest of us get stuck with a weaker currency and inflation.
The only way to save the king is to raise rates, but that would crush the economy even worse and make the debt and budget deficits even more daunting. Therefore, the king is doomed. It is a matter of time before “King Dollar” is no longer king of the hill.

American Dream Out Of Reach For Americans