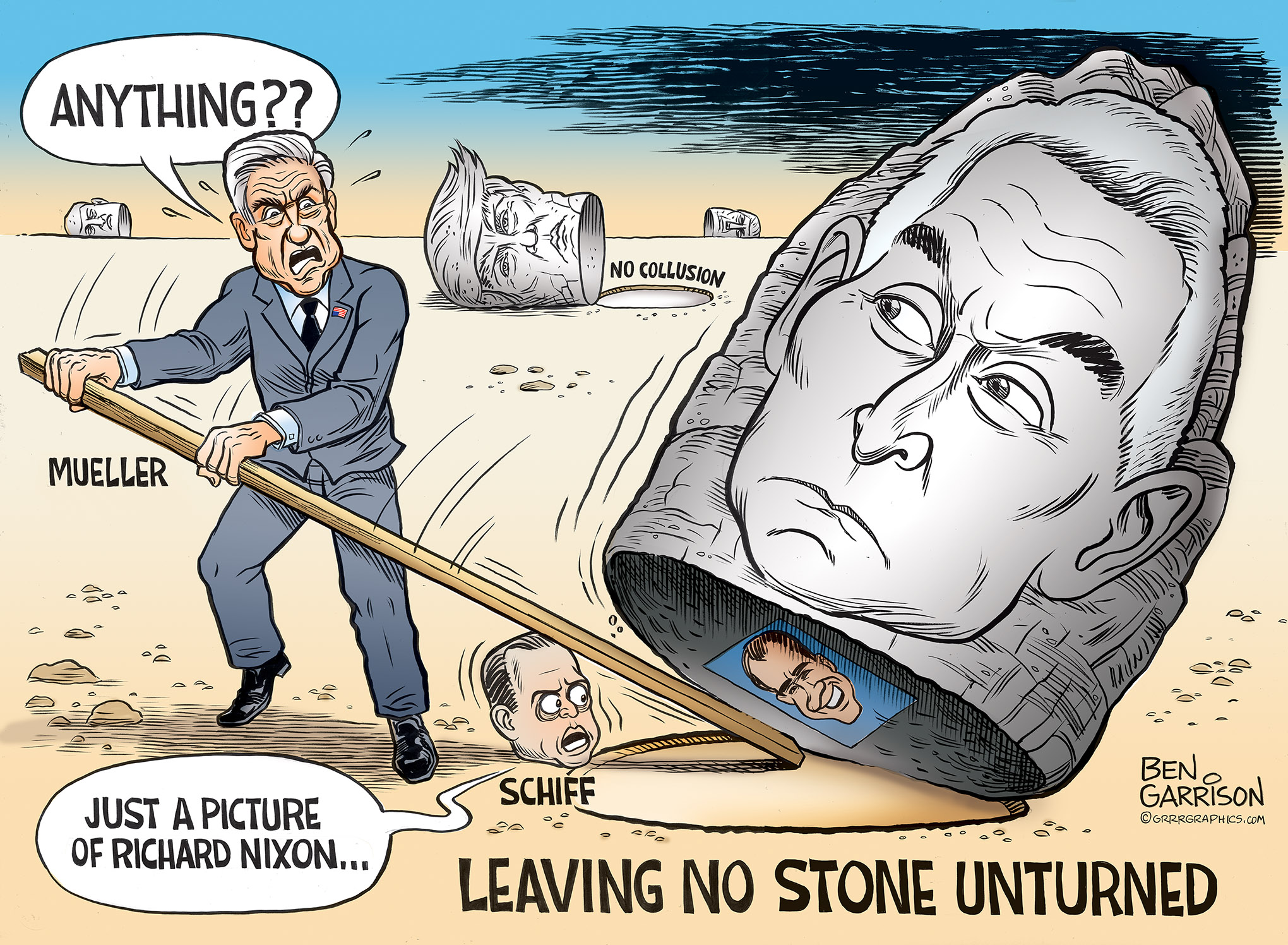 It was used as ‘insurance’ in case Trump was elected. It’s funny how Hillary’s own Russian connections were used to interfere with our election, but the fake news media ignores pesky facts such as that. She also colluded with the Russians in the Uranium One deal. In classic Saul Alinsky fashion, Hillary loves to accuse her adversaries of the very crimes she herself commits.

Her paid-for dossier was a proven fake, but Obama made sure his politicized FBI used it as an excuse to illegally spy on the Trump campaign. This is a crime far worse than Watergate, but nothing happens. The wheels of justice are not turning while the wheels of injustice are in full spin against our president. Mueller’s endless witch-hunt is now aimed at Trump’s allies.

Nobody knows the pernicious evil that is the Clintons better than Stone. I read his book, “The Clintons’ War on Women,” which only increased my disgust for the two criminal grifters. Hillary’s presidency was to be an extension of Obama’s eight years. She was to complete America’s destruction in order to bring about globalist tyranny.

Instead she lost to a political novice even though she outspent him well over two to one. She can’t accept her failure and so her operatives are now trying to exact revenge–and they’re happily wasting endless millions in taxpayer dollars to do it.

We need to end the injustice that is the permanent investigation by Mueller of those who oppose the Deep State criminals. We need a real investigation into those same criminals—especially Hillary Clinton.

Lock them up! (Which happens to be the title of my NEW cartoon book too!)

We hear Trump is, a wiz of a wiz…Buy the Wizard of Twitter Print!