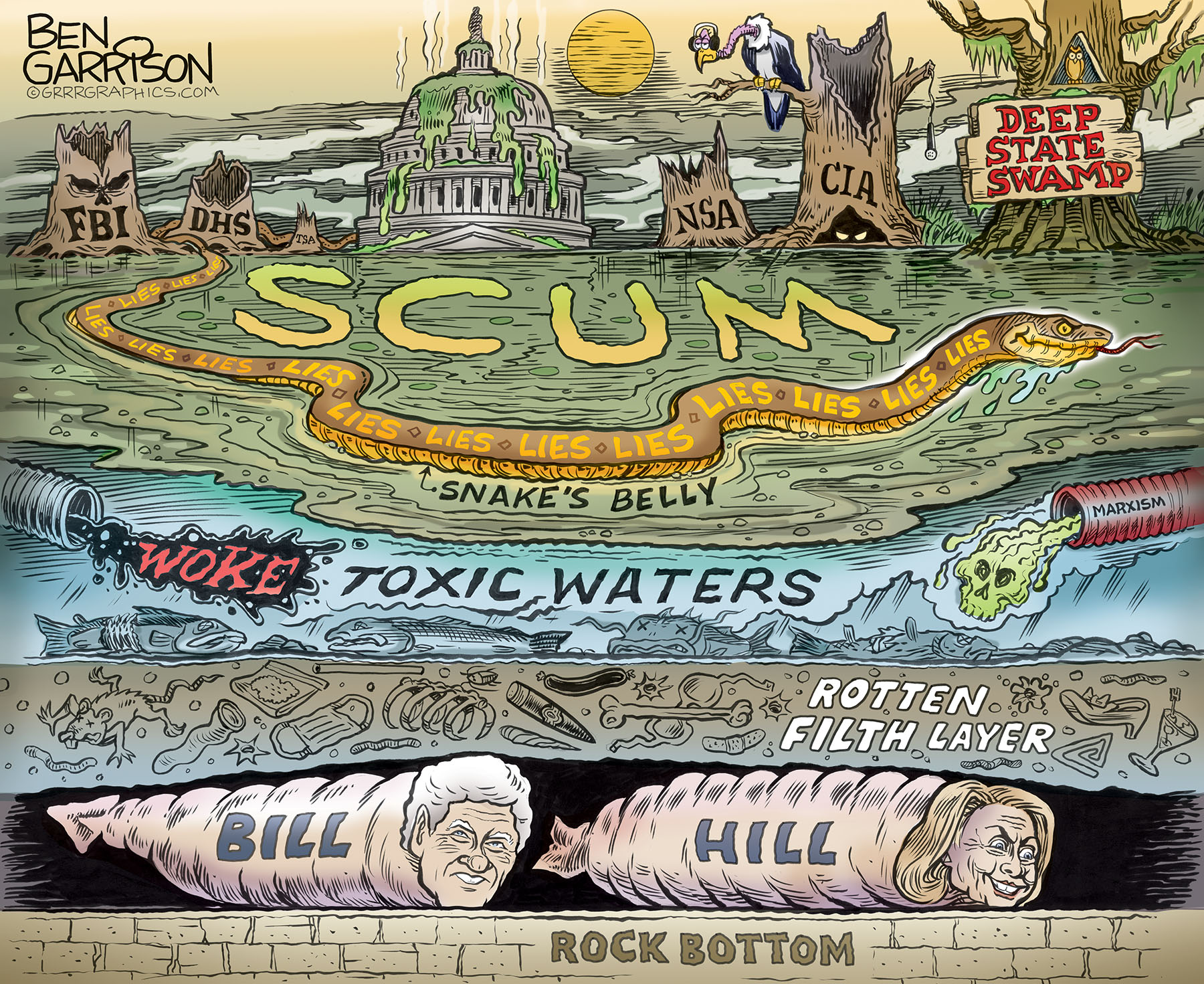 The Clintons. Lower Than a snake’s belly

The Clintons are maggot-like creatures squirming along the bedrock below the swamp. Their nefarious wrong-doings are too numerous to list here. Suffice to say Bill visited Epstein Island two dozen times. He wasn’t there to discuss business. Hillary created a nasty lie that cost taxpayers over $40 million to investigate. There was no Trump/Russia collusion. She and Obama spied on Trump’s campaign. They spied on Trump when he was in office. The Deep State was in on it.

Madame Crooksident is the lowest of the low, but she thinks all she has to do is lie and cheat her way into the highest office of the land. That must not happen. We need to make sure the elections are no longer rigged. That means ending mail-in ballots, drop boxes–and most of all, the Dominion voting machines. 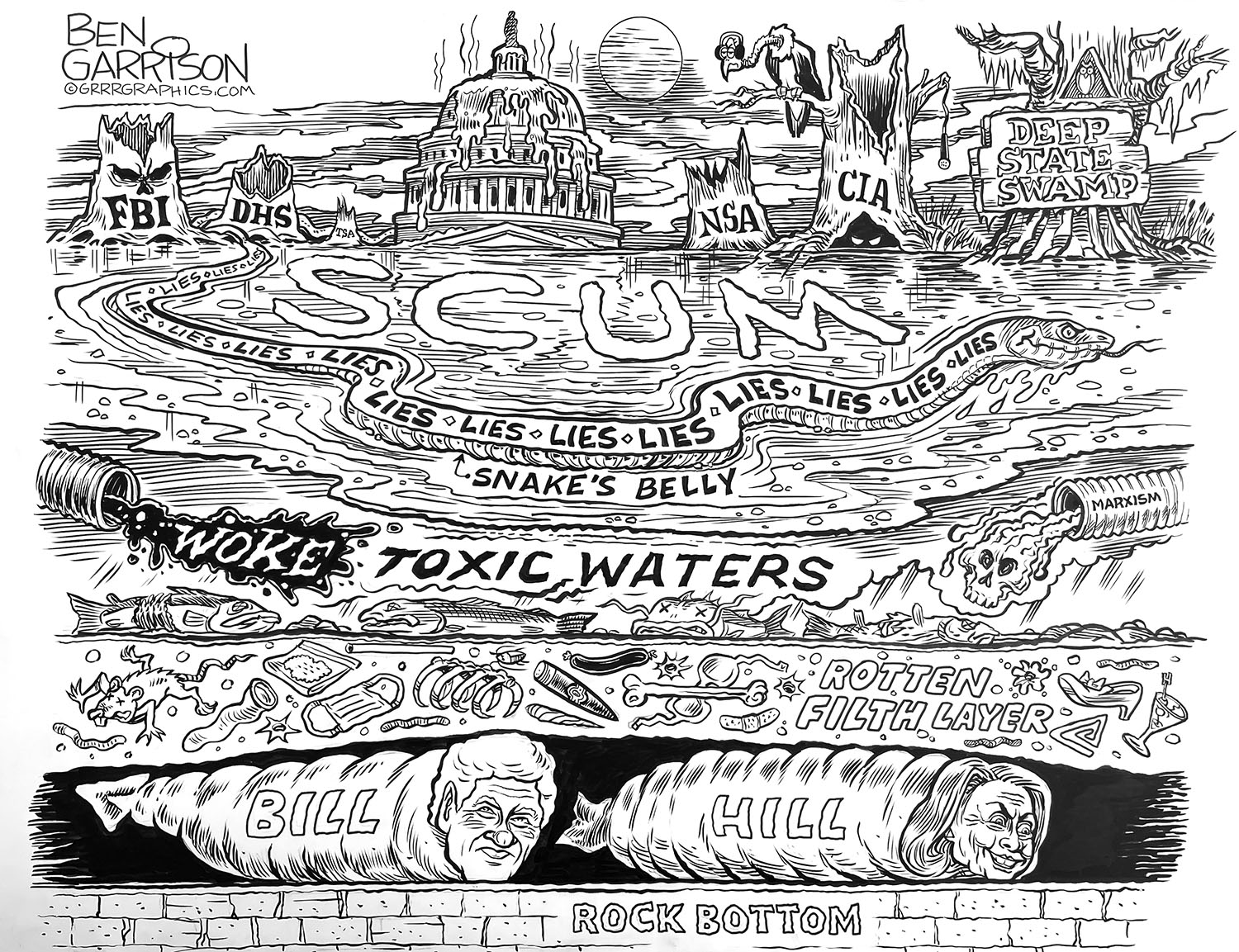