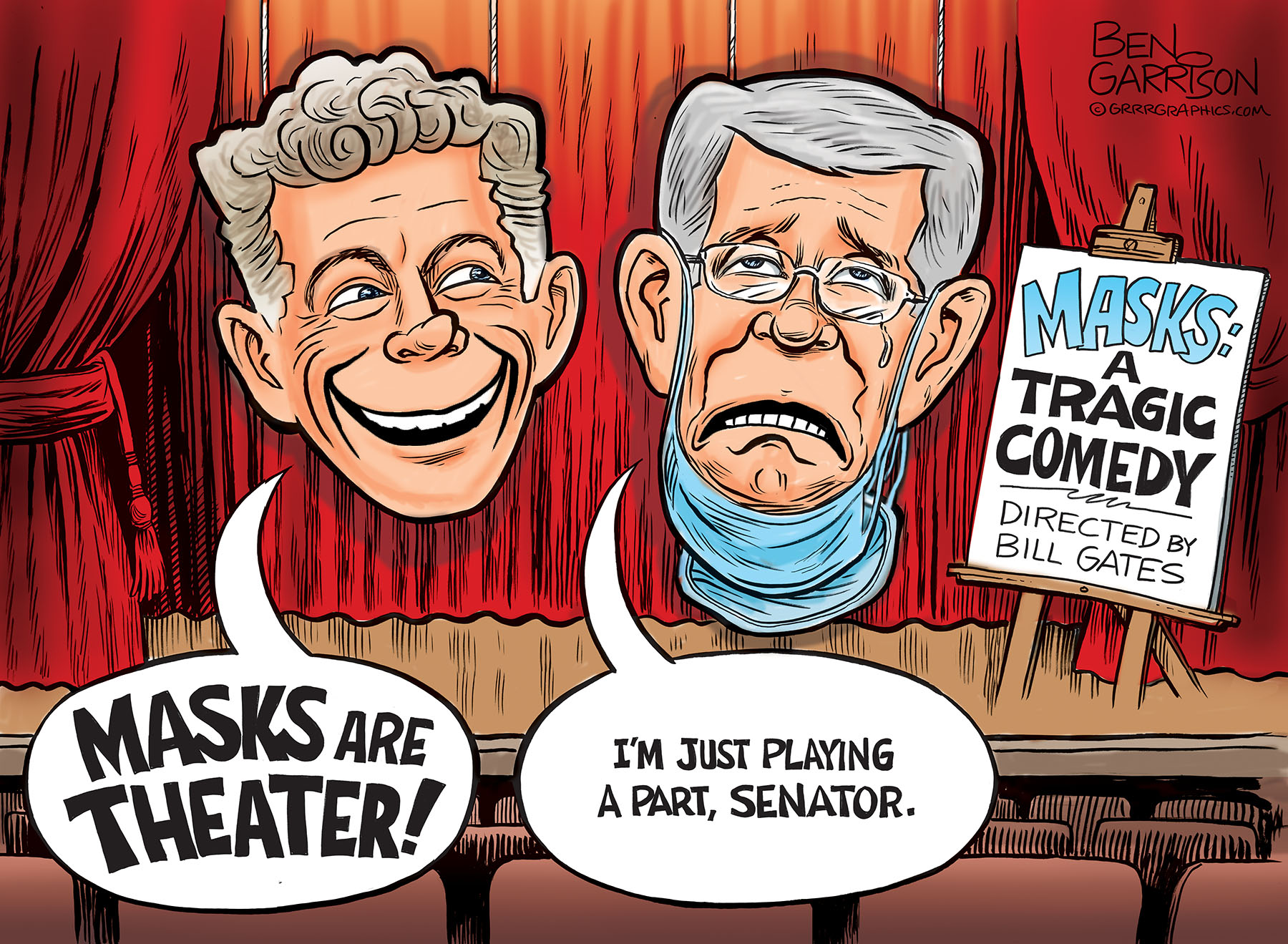 Rand Paul got into a verbal jousting match with Dr. Fauci recently. The senator was the clear winner.

An angry Fauci dithered when Senator Paul presented logical evidence that the masks were being used as ‘theater,’ not science. To Paul, the masks are comedy—a joke. To Fauci, they are about protecting us from tragedy. To me, the real tragedy is forcing us into medical tyranny. The pandemic has been staged.

Dr. Fauci is Bill Gates’ point man on the pandemic. Even though the virus has never been isolated or verified, and even though the PCR tests are not dependable, vaccines were rushed out and heavily promoted by politicians (including Trump) and the mass media.

Senator Paul may not like the masks, but he’s all for getting people vaccinated. On FoxNews he claimed the vaccines were ‘very, very safe.’ This includes the mRNA vaccine, which isn’t even a vaccine but rather ‘gene therapy.’ It hacks into the software of life. Gates loves the idea of people getting turned into bio computers who require his constant software updates. Apparently Paul prefers to ignore a plethora of stories that include people dropping dead shortly after getting jabbed. He also alluded that once people are vaccinated, they will again have ‘twinkles in their eyes’ as they get to enjoy their favorite restaurant. This hints at the ominous—we can’t get our freedom back until we get vaccinated.

—Ben Garrison
Support our work We are on Patreon Click to become a GrrrTeam member and join us n the fight against tyranny!