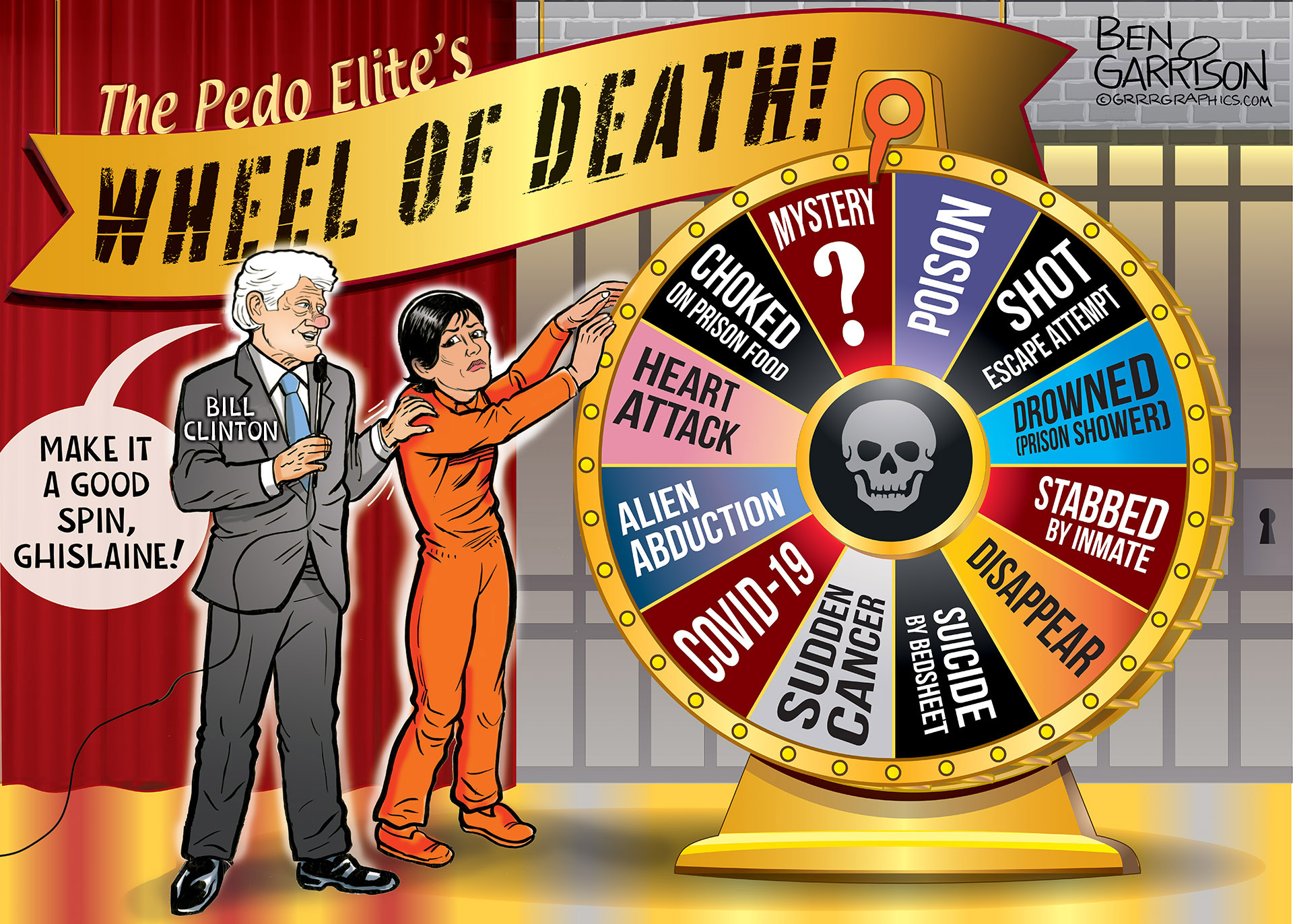 This is an update to a cartoon drawn when Ghislaine Maxwell was first arrested. The first version featured Biden as the game show host and even though pedo Joe has groped young girls (maybe even his own daughter), he never visited Epstein’s Island. So he has been replaced with the Lolita Express frequent-flyer, Bill Clinton.

Many questions remain about Ghislaine Maxwell who was Jeffrey Epstein’s procurer of under-aged girls. Maxwell was found guilty, but does she control incriminating evidence of wrong doings certainly carried out by hundreds of visitors to Epstein’s Island? Did the politicized FBI sweep that evidence clean when they raided the island? If Ghislaine still has such evidence, what’s stopping her from releasing it?

Bill Clinton needs to have justice done upon him. We know why he visited Epstein’s Island 27 times. If Maxwell has evidence that damns the former president, she’d better release it quickly before she meets the same fate as Epstein.

On the other hand, was the masked female in court even Maxwell? It could be that she has already been whisked out of the country. There is evidence that Epstein had a body double, too. His so-called suicide occurred under very suspicious circumstances. He may indeed be dead, but if so, he probably didn’t commit suicide. Bill Barr’s outrage over the prison shenanigans was just for show and the globalist state media certainly wants everything Epstein to go away. After all, those who are running the world are very powerful pedophiles who think they can do whatever they like and they always expect to get away with it. They will do what it takes to bury the story—and probably Maxwell too if they can.